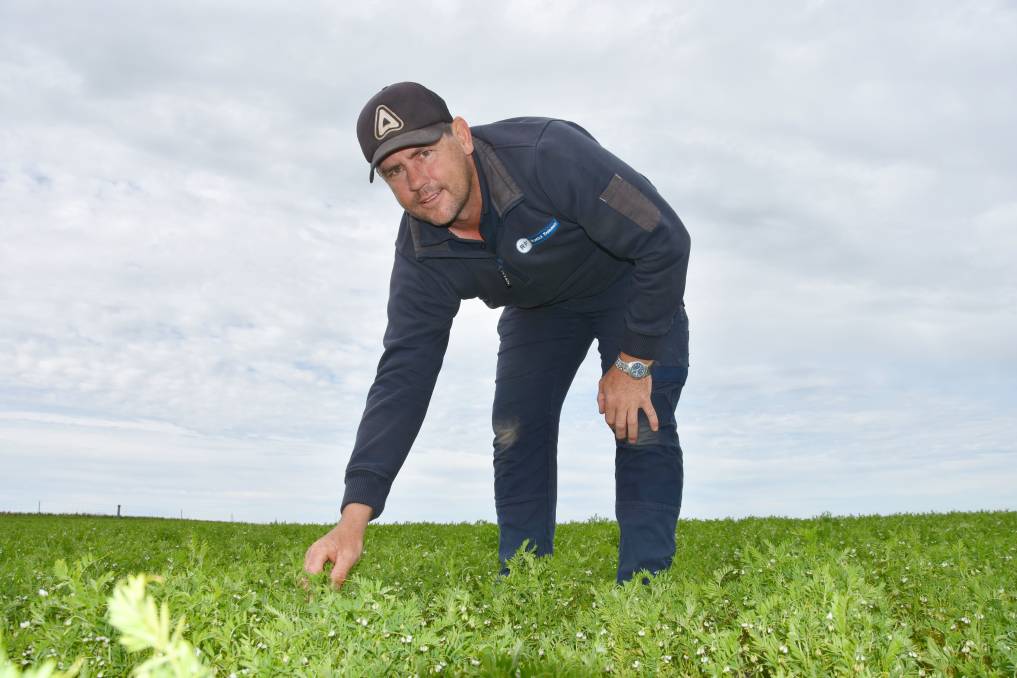 A GLOBAL shortage and drought in key production areas are some of the factors helping keep lentil prices high, but exporting the crop come harvest may have its challenges.

Pulse Australia chief executive officer Nick Goddard said the drought in Canada was the main driver of the high prices, with a number of other commodities also experiencing a boost.

"That, paired with a global shortage of lentils, is impacting India's supply, who has been chasing lentils for a while," he said.

"This has pushed the domestic price of lentils in India up significantly, which has forced the country to reduce their import tariffs (from 30 per cent to 10pc) to increase trade.

"India is so desperate for lentils, they have opened themselves to new markets, such as Russia, which they had not done in the past due to biosecurity issues.

"What's unfortunate with India, however, is that this could all change overnight, as has happened in the past, so there is a little bit of a risk there.

"But with the global shortage and the high domestic price of lentils in India, I don't think we will see that tariff go back up anytime soon."

All of this bodes well for Australian prices, which are presently up to $1150 a tonne delivered to a container terminal, he said.

"These aren't unprecedented prices, with them higher in 2016, but certainly very encouraging for growers," he said.

"Prices may come back a bit at the end of the year, if we have a ripper harvest.

Australia is in a good position to meet demand, with between 600,000t and 900,000t expected to be harvested, if we can get the shipping slots. - NICK GODDARD

"Some analysts have estimated up to 1 million tonnes - that sort of volume may soften price a little.

"But we expect the supply deficit to be around for some time and Australia will help to fill that."

If Australia does have a "ripper" harvest, Mr Goddard was concerned about it getting to markets, such as Bangladesh or India, because of shipping issues.

"The challenge of getting containers and then even a shipping slot, is making it difficult for exporters," he said.

"Some may consider moving to bulk shipments to offset the issue, but not all destination ports can cater for that, so the crop is not without its challenges.

"But Australia is in a good position to meet demand, with between 600,000t and 900,000t expected to be harvested, if we can get the shipping slots."

According to the latest state government Crop & Pasture Report, the area sown to lentils in SA increased in several districts this season because of strong market demand.

Mr Goddard said SA was on a "bit of a knife's edge" because of the late break, and while there was good winter rain, more was desperately needed.

"This uncertainty has also helped keep prices up a bit," he said.

"SA has a swing factor, comprising about half the national crop. If we don't get the rain in the next couple of weeks, then we won't get those good volumes that were estimated."

YP cropper Mark Rundle said the season had been "pretty good", with good rainfall in June and July to help crops establish well.

"But the profile is getting a little bit light here," he said.

"We have had a little bit of rain this past week, but not a lot."

They would normally also grow canola, but this year decided to replace the area with more lentils.

"We decided last year that we weren't going to put canola in, as it wasn't very economical," he said. "For a little bit there, we did watch canola prices grow, but then lentils came up as well, and may now be in front."

"But the quality was really good and that probably helped cement the idea we would increase our lentil cropping area," he said.

"If we can continue having this mild weather, over hot windy days, and another good spring rain, it will hopefully be a good harvest again."

Last year, the Rundles received slightly more than $700/t for their crop.