Canada, as a producer, is a key competitor for Australia's exportable grain, especially for canola and pulses. 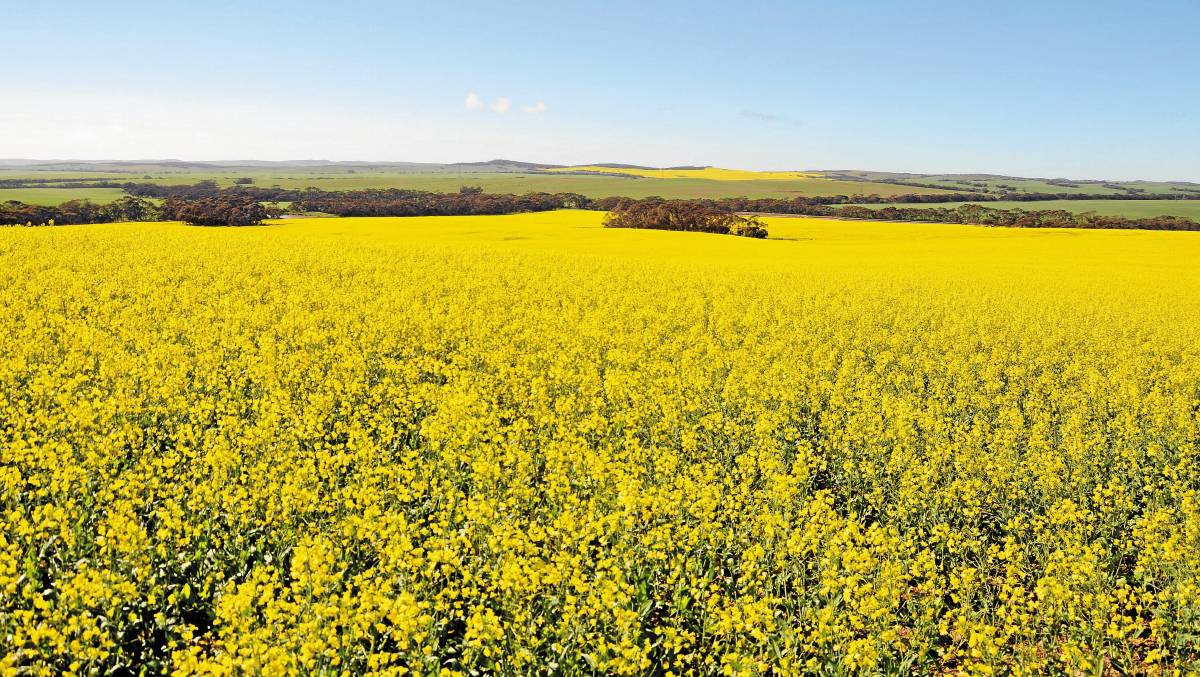 MAJOR PRODUCER: Canada is a key competitor to Australia on the global grains and oilseeds market, especially for canola.

It has been well documented in the past couple of months how dry conditions are in Canada.

Extreme heatwaves, coupled with what has been described as the worst drought in the past three decades, have had irreversible effects on crops throughout the key growing regions.

Canada, as a producer, is a key competitor for Australia's exportable grain, especially for canola and pulses.

The news of the drought has been well reported and a key driver of grain markets globally in the past three months.

Here in Australia, we have already seen record high canola prices breaking the $900 a tonne barrier, while lentils have continued to boom, as the Indian tariff removal, coupled with poor conditions in Canada, have pushed values past $1200/t.

On Monday last week, Canada's statistical government agency released its Production of principal field crops report. This report is based on a survey conducted with Canadian farmers and this edition highlights their production estimates.

We all know how disruptive these reports can be, as traders will use them to analyse supply and demand in a marketplace. The report has given us an indication of the extent of the damage to yields caused by heat and moisture stress.

Coming into the report, many trade analysts and private estimators like to have predictions for each commodity and, as with other major reports, deviations from this or major surprises tend to send the grain markets into a spin.

Wheat had a big range for its predictions, with some as low as 19 million tonnes, all the way up to 26mt, but came in at just below 23mt. The big changes here are a 40 per cent drop in durum and 37pc drop in spring wheat. The final wheat total for last year was 35mt, a vast difference to this season.

There are no surprises here and it seems to be already factored in from other reports, so it is unlikely the market will change too much from this.

This follows and is a part of a much bigger global story for wheat, with production in key regions Russia and the United States limited due to dry conditions.

With Canada being the main global producer and exporter of canola, lots of eyes are focusing on its crop.

The report estimates there to be about 14.7mt of canola produced this season, compared with 18.7mt last year.

Some traders thought this could have gone as low as 11mt but, with harvest for canola only just starting, yields would have been conservatively cut. Regardless, if it does eventuate, it will be the lowest canola production year since 2012.

Pulses, similar to canola here in Australia, are sitting in a good spot.

The Stats Can report estimates lentils to be 1.9mt, 1mt less than the previous season. This was on the lower end of the trade prediction of 1.8-2.6mt, and, once again, at the lowest levels since 2012.

Field peas are expected to drop 43pc year-on-year to come in at 2.6mt. This comes at a time where demand for pulses are increasing overseas, particularly in India and Turkey.

The Stats Can report wasn't as bearish as some may have hoped for, but traditionally these sorts of reports tend to predict more cautiously.

Still, the situation is extremely supportive for Australian prices, with global stocks for the next 12-24 months expected to be tight.

We are sitting in the box seat to cover some supply channels that Canada would normally fill. We have already seen this with our local pricing for wheat, canola, peas and lentils all steadily rising in the past couple of months.

This is something that we need to keep an eye on, as the tight supplies for all commodities will not fix itself overnight.