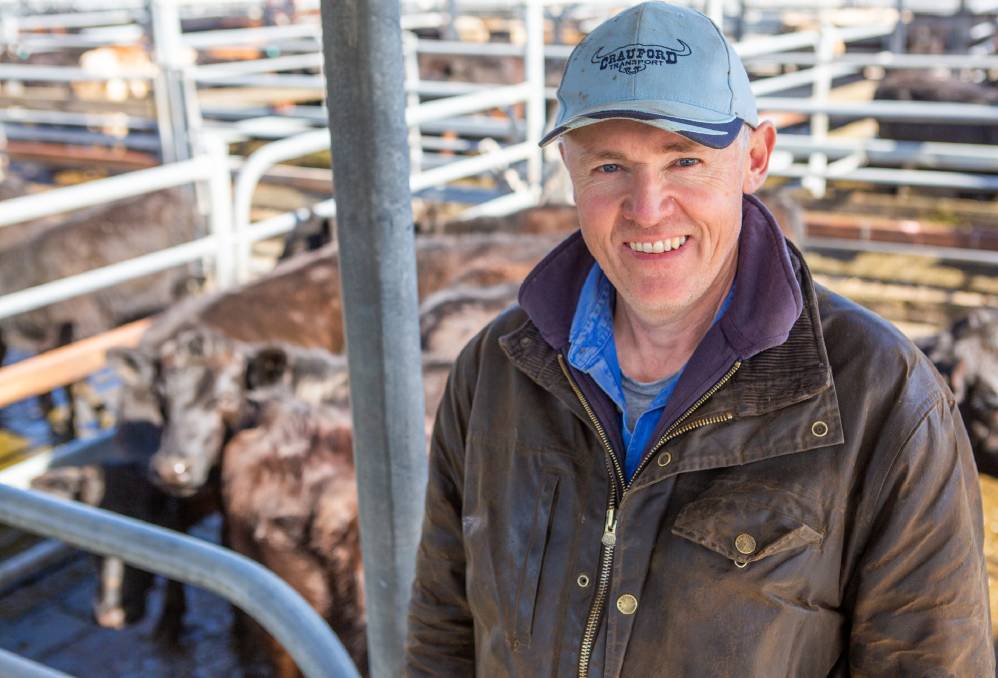 STORE cattle prices continued their meteoric rise at the Mount Gambier market on Friday, surging into new territory again, with rates from $5 a kilogram to $6/kg becoming more the norm than the exception.

An exceptional yarding of 2054 quality cattle drew robust competition, dominated by the regular feedlotters on the heavier lines of both Angus and coloured steers, leaving restockers to battle it out for the lighter weights.

"As good as you'd usually see in November/December - with some good, even lines of steers offered which suited the feedlots down to the ground," he said.

"The top end heifers sold extremely well, with lighter heifers weighing from 220-260kg selling at around $1300-$1500, which is pretty good money for a smaller animal."

In a first for the Mount Gambier store market, the first two races of Angus steers all made over $2000.

A secondary yarding of cows and calves were offered, the top price of $2080 paid for two cows with calves at foot to Stewie Hill.

Heifers prices increased in line with steer prices, with the exception of the lighter heifers under 280kg, which stayed consistent with prices over the past two months.