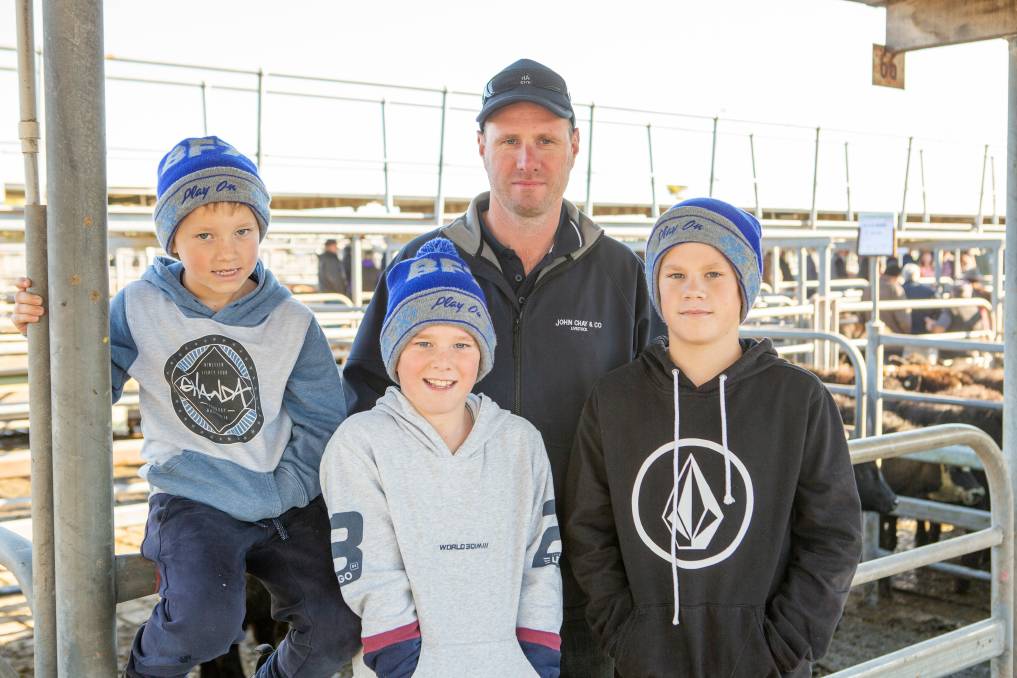 Unable to get a look in on heavier steers, some buyers were pushed back to compete on the smaller, lighter classes of cattle, subsequently causing a domino effect and lifting prices across the yarding.

Processors weren't only buying the usual heavier steers this month, setting their sights on the mid-range classes as well. Smaller, lighter cattle reached rates well in excess of $7 a kilogram.

"When heavy Angus steers consistently make over $5/kg, it's a pretty good outcome for an animal which isn't fat," he said.

Prices were robust from the outset, only dipping under the $2000 level twice across the first two races of Angus steers, and peaking at a top of $2590 or $5.29/kg when Thomas Foods International bought 10 Angus steers averaging 490kg from Heywood Flat, Heywood, Vic.

Only 27 pregnancy-tested in-calf females were sold, with the Stasiw family's 11 Hereford-Friesian heifers, PTIC to Angus bulls to calve from November to January, returning the top price of $2300.