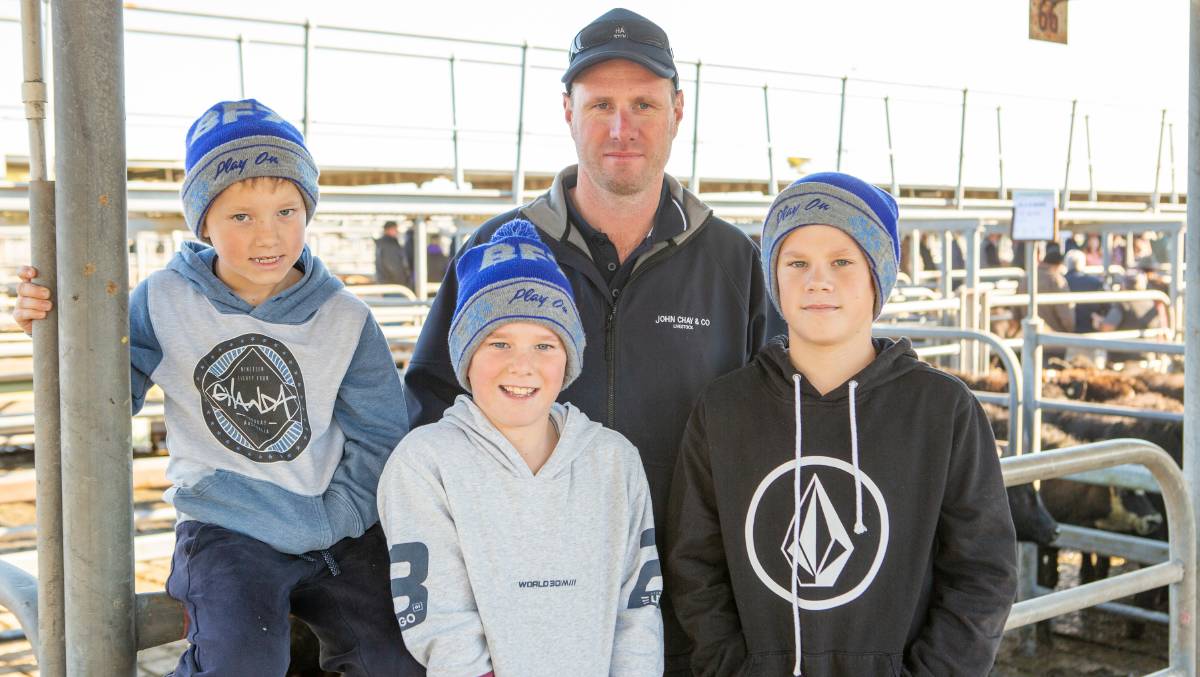 The rampaging beef market smashed through another huge milestone last week, with the industry's key indicator, the Eastern Young Cattle Indicator, breaking through the 1000 cents a kilogram barrier.

The rampaging beef market smashed through another huge milestone last week, with the industry's key indicator, the Eastern Young Cattle Indicator, breaking through the 1000 cents a kilogram barrier.

This is a figure few pundits had believed possible even several months ago.

By Tuesday, the EYCI - which is collated from 23 eastern states saleyard prices - had dipped back to 992.5c/kg, but remains about 35pc higher than the same time last year.

"What we've got at the moment is that restockers are making up half of the buyers of EYCI-eligible cattle, so that's really been driven by that restocker demand," he said.

"We are seeing the lighter cattle, those vealer steers, averaging 1132c/kg, and it seems people are favouring those lighter animals as they can add kilos to them."

Mr Bignell said the the Roma, Qld, saleyards had a significant impact on the EYCI, making up 40pc of all EYCI-eligible cattle last week.

In SA, prices continue to hit new levels. At last week's monthly store cattle sale in Naracoorte, heavy steers cracked $2753, and it was a similar story at Mount Gambier earlier in the month where steers reached $2590.

Some light steers sold well in excess of $7/kg.

Seasonal market highs are not unexpected in the low supply months of July and August, but many agents are not expecting these unprecedented prices to drop much into spring due to ongoing supply fears.

Many steers usually sold as finished bullocks in spring have already been sold at lighter weights with the exceptional money on offer.

"I don't think there is much in it or people won't be able to afford meat."

Some years, producers were able to take advantage of high seasonal prices in winter, but the beauty of this market is most producers in the past 12 to 18 months have "had a piece of it", he said.

Mr Manser cannot see prices falling sharply though, and even if the market was to come back 50c/kg he says there is still a margin to be made for those who have recently bought cattle.

"It has taken a while for some people to get their head around prices but the longer the cattle job stays high there is a bit more confidence," he said.

He says it is pleasing breeders are being rewarded, thus encouraging further herd rebuilding.

Those in the wool industry still talk about the pound for pound days in the wool market in the 1950s, but even the older cattlemen have never seen prices like this in beef. - Laryn Gogel, Elders southern zone manager

"Talking to agents, they all say there are not many bullocks to sell in the spring, so we are seeing processors nervous about where the cattle will come from, while that is on I don't think the processors will be able to pull it (prices) back too much," he said.

Elders southern zone livestock manager Laryn Gogel described the market as "electric", saying it had defied earlier commentary that prices could drop back to around $6/kg by now.

"Those in the wool industry still talk about the pound for pound days in the wool market in the 1950s, but even the older cattlemen have never seen prices like this in beef," he said.

Despite feedlotters snapping up many cattle, they were still not at capacity and paddocks were far from full of cattle.

"Everyone is absorbing each other's cattle, we are seeing feeders absorb kill weight cattle with cattle up to 600kg in store sales and then restockers looking to buy cattle bidding against the feedlots, but importantly if you speak to the processing side, they are still taking orders and putting the beef in a box," he said.

"In response we are seeing processors want to forward contract cattle in months they were once only interested in discussing kill space."

Mr Gogel says it is "absolutely amazing" to see it flow through the whole chain, including to stud breeders. He used the example of a client who had set a budget to buy eight bulls for an $18,000 average at a recent NSW sale, but was only able to secure four for a $20,000 average.

"Those at the coal face, the seedstock producers, have never really been well looked after and sometimes it has been more for love than money. They are now being rewarded for their efforts," he said.

"You would nearly think we are about as high as we will see feeders and fattened cattle, but unless the job comes back with a thud there is still some excitement to come in the breeding cattle side," he said.

He said farmers were entitled to be paid a "fair price" for their hard work, but there was a risk that domestic demand, which is already down on a few years ago, could fall further.

"Seven years ago we used to cut 10 trays of rump and 10 trays or porterhouse here just for a Saturday trading, now we cut them as we go," he said.

"Where we once might sell 50kg of porterhouse (on a Saturday) now we might sell 10-12kg, but it has the same turnover as the 50kg."

Mr Hill, who is also a board member of the Australian Meat Industry Council's retail group, says there are no longer any "cheap cuts" of beef, with sausages and chuck steak both close to $20/kg or more. This was changing customers' meal plans.

"People want to eat meat but they are eating less of it, rather than buying four pieces of steak for a household of four people and each having one, they might buy two and slice them up to share along with a few sausages they cook and cut up," he said.