A month after the Mount Gambier Hay Run rolled into Lucindale with a huge convoy to help those affected by the Blackford bushfire, as promised many of the drivers were back again with more hay. 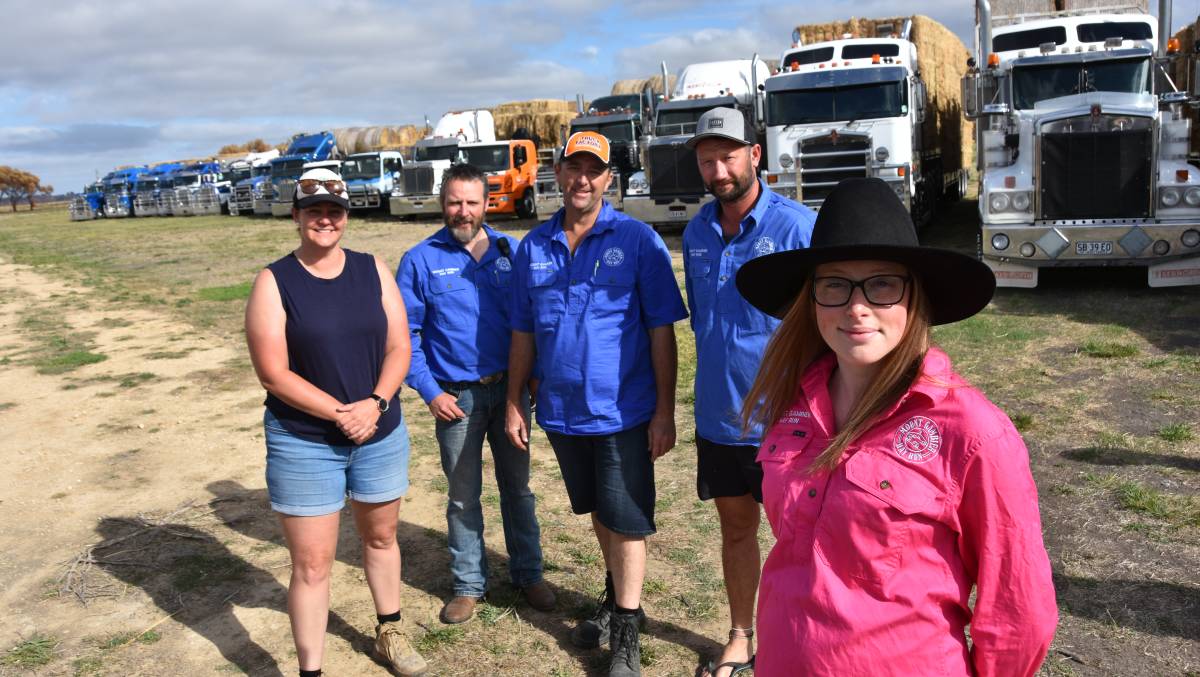 A month after the Mount Gambier Hay Run rolled into Lucindale with a huge convoy to help those affected by the Blackford bushfire, as promised many of the drivers were back again with more hay.

The second convoy - comprising 20 trucks carrying about 450 tonnes of donated hay - was delivered to 18 fire-affected properties where the truckies got to meet the grateful farmers.

Last time the 72 trucks were unloaded at the South East Field Days site Yakka Park were some hay still remains.

Lucindale local Erin McWaters, who coordinated the deliveries, said the generosity of the truck drivers who had volunteered their time and farmers who had donated hay for the cause was "unbelievable".

"I can't believe how many people in the world take time out of their day and donate so much value and time and product to help people they don't even know," she said.

"The (Lucindale) farmers are already stressed enough doing all their fencing and worrying about their livestock and agistment so this will just take a bit of pressure off them."

She said some properties still had some hay reserves but as livestock returned from agistment many bales would be needed until pasture re-grew in burnt paddocks.

Ms McWaters, who works at Nutrien Ag Solutions Lucindale, said some farmers were reluctant to seek help so she had instead messaged them to expect a load.

"It is still raw for them after five weeks and seeing the burnt areas every day but as the fences have started to go back and the clean up has begun their demeanor is certainly more positive, she said.

"It is amazing how resilient this community is, it is so tight knit and every one helps each other."

Zoe Simpson -who was the brainchild behind the Mount Gambier Hay Run two years ago when she was just 16 years of age - was so thankful to everyone that had made the sixth hay run a success.

"The amount of support you get just to help other people is just incredible, she said.

"Farmers are the backbone of the country, they deserve as much support as we can give them."

A few of the truck drivers collected extra loads from Yakka Park and delivered them on-farm.