Australian Wool Network SA state manager Rod Miller has not seen woolgrowers hold such a higher percentage of the national clip for close to 30 years. 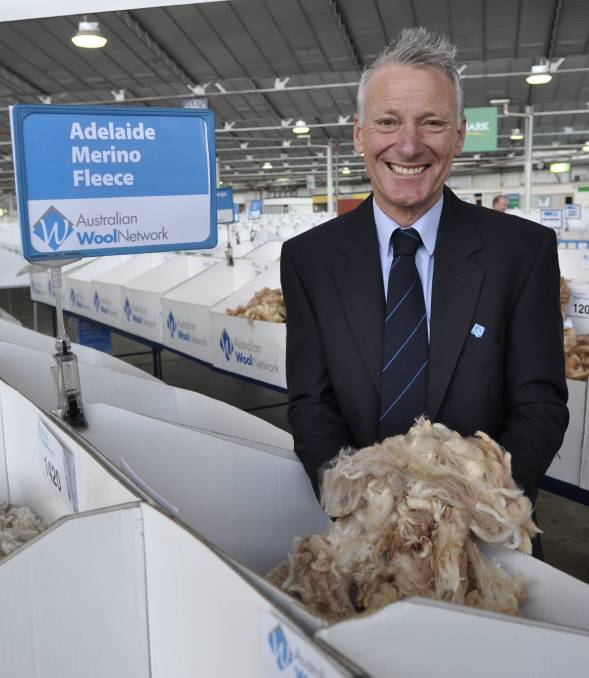 HOLD UP: Australian Wool Network SA state manager Rod Miller is warning producers holding onto their wool there is no guarantee of higher prices later in the year.

Australian Wool Network SA state manager Rod Miller has not seen woolgrowers hold such a higher percentage of the national clip for close to 30 years.

And while he understands their reluctance to accept year-on-year price drops of up to 50 per cent in strong crossbred wools and 40pc for some Merino types, he says there is no guarantee of higher prices later in the year.

RELATED: Producers holding on in hope of better price

Any low yielding, drought-affected wools could be hit hard with bigger discounts as new season, higher-yielding wools are delivered in store.

"COVID-19 has changed the world. We have low supply but the issue is demand for wool products is not there and if we didn't have such a low supply, it would be much worse," he said.

"The market is almost entirely dependent on Chinese domestic consumption, with the two other large buyers India and Italy taking limited volumes. Australian wool exports to China rose in April from 78pc to 93pc."

Mr Miller says some growers are also stockpiling wool on the sheep's back, delaying shearing due to lower prices as well as the shearing shed inefficiencies needed to social distance shed staff.

As these sheep are shorn, it will add to volumes hitting the market.

"The trend in the past three years through the Australian Wool Testing Authority statistics has been lower staple lengths and increased staple strength, which is the prem shearing, but we are seeing a reversal of this trend with growers pushing from six months out to nine months," he said.

"If there is a spring spike there will be a lot of wool on hold to meet the spike as well as the increased deliveries which will put pressure on the fragile market again."