A 6000-HEAD feedlot business is the hub of Princess Royal’s integrated agriculture business in the Mid North. 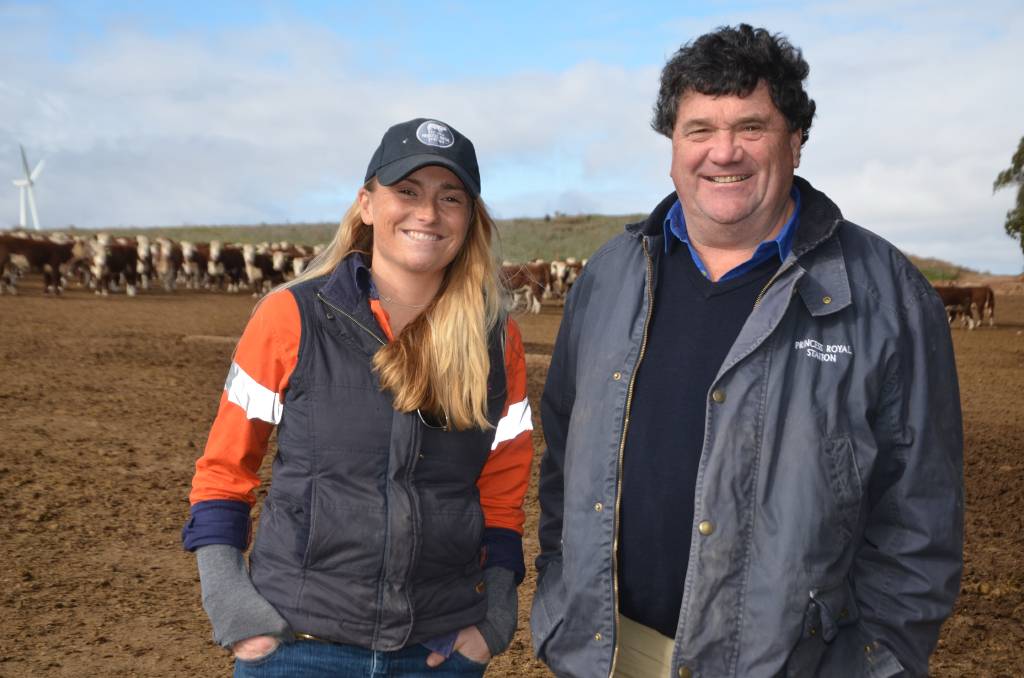 A 6000-HEAD feedlot business is the hub of Princess Royal’s integrated agriculture business in the Mid North.

Simon Rowe and his father Robert established Princess Royal Station and today, the third generation of the Rowe family is heavily involved, with Simon’s children Rebecca, Jack and Katherine all working in the business.

“We started with one property and bought several others in our 18 years at Burra.”

When setting up Princess Royal, Simon said establishing a feedlot was the logical choice.

“With our feedlot’s location, we have no major towns close to us,” he said.

“We also have good access to grain supplies, being right in the middle of a major graingrowing district.

“Our whole operation revolves around the feedlot and we designed it that way.”

The family enterprise’s focus is on beef production.

“We run a large-scale cropping enterprise that mainly produces feed for our cattle,” Rebecca said.

“While we sell our lupins, peas and canola, the wheat and barley goes through the feedlot.

“We also buy a lot of grain locally.”

Princess Royal received approval for its first feedlot in 2007, with construction starting the following year.

The original feedlot had approval for 4409 units, or about 6090 head, with one unit accounting for a 600-kilogram animal.

Late last year, Princess Royal was given approval for a major expansion, and also received $250,000 from the previous state government’s Regional Development Fund towards the project.

The expansion will take the feedlot capacity to 13,492 units, or about 16,600 head, and Princess Royal has until December 2022 to finish the work under the approval conditions.

While Princess Royal buyers Jack Rowe and Luke Bavistock are familiar faces at saleyards across Australia, 97 per cent of the business’s cattle are bought on-farm.

“The bulk of our cattle come out of SA, Vic and southern NSW but we go everywhere to buy cattle,” Simon said.

“We monitor the feed intake of the cattle very closely, so we can tell which cattle from which property perform best in the feedlot.”

The business has a longstanding relationship with Teys, with Princess Royal’s EU cattle being processed in Teys’ Naracoorte or Wagga Wagga, NSW, plants.

Princess Royal is part of Teys’ recently-launched beef brand 36 Degrees South, which focuses on eating quality, and its beef was also entered by Teys in the World Steak Challenge.

For three years straight they have received an award – silver this year, bronze last year and silver in 2016.

Simon said feedlots offered many benefits to their local communities through direct and indirect labour.

year for the economy.

“A 15,000-unit feedlot also provides about 370 peripheral jobs to the district,” Simon said.

“It’s not just jobs in farming or transport, but jobs like teachers or bus drivers, through a feedlot’s flow-on effects.”