Mt Gambier Show attracted a record 36 entries in the led steer judging with many schools retaining some of their steers which were earmarked for the Royal Adelaide and Melbourne Shows. 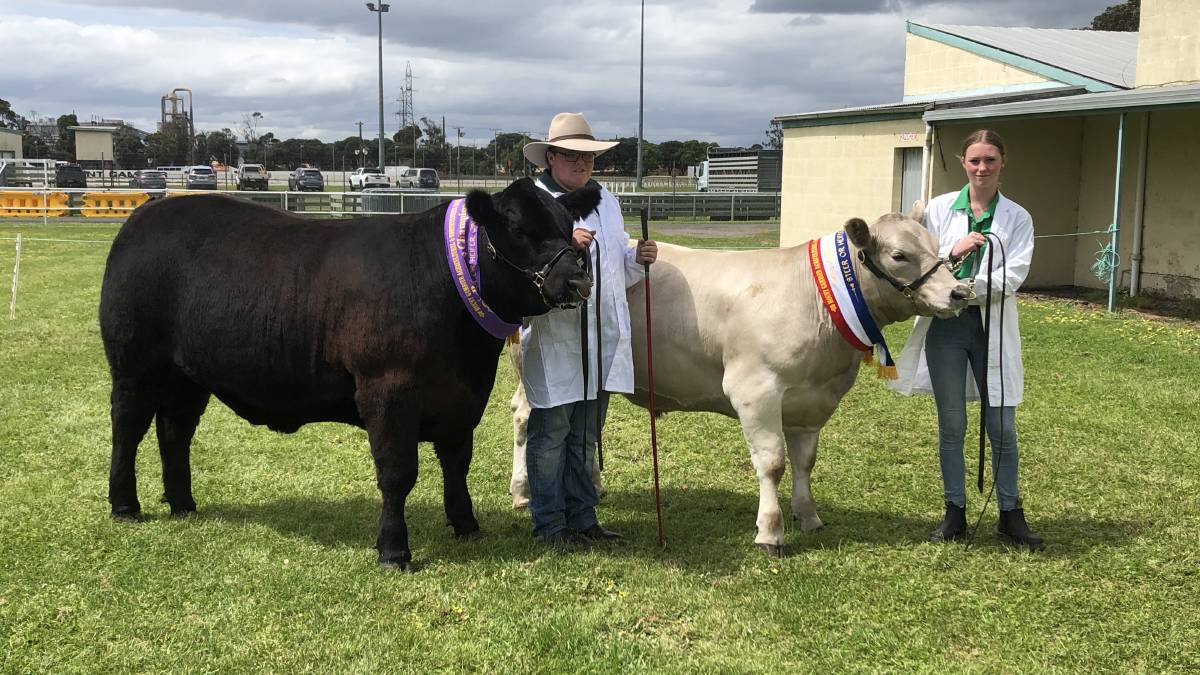 One of the youngest steers at last week's Mount Gambier Show won over judge and local stock agent Dave Fraser in the on-hoof judging.

From a record number of entries,36 steers from nine schools, he selected the 13-month-old Murray Grey as his grand champion.

"He is an excellent steer with good fat cover and clean in the coat," Mr Fraser said.

The reserve champion, which weighed 714kg, was bred by Graham and Elizabeth Glasgow, Woolsthorpe, Vic.

Mr Fraser - who works for Creek Livestock - said the steer was "well filled out throughout the carcase".

Mount Gambier Show president Danielle Tulak said they were really proud to have put on the only on-hoof and on-hook steer competition for the year.

Several schools had retained at least some of their steers which they had earmarked for the Royal Adelaide Show and Melbourne Royal Show when these events were cancelled.

"With the cancellation of many shows we wanted to make sure we could give the most experience possible to the students," she said.

"This is why we decided to judge over two days. We ran handlers on Wednesday where over 50 students competed in the novice section and 24 in the experienced."

Grant High School had the midas touch winning all three classes, allocated based on the weights of the steers.

The school's ag science teacher Scott Cramm said it was fantastic to see the event go ahead.

"The longer the break students have from competing in handlers the less likely they are to carry on with it so we needed this," he said.

He said the school had 43 students from Year 8 to Year 12 participating in Cattle Club this year and was rapt to give them an opportunity to show the steers.

"Besides leading skills, and learning about nutrition and animal health they also interact with other students and with other adults which is all confidence building for them."

Mr Cramm was particularly proud to see four of their 14 novice handlers make the finals including Caitlyn Bignell who came away with the champion ribbon.

After judging the steers were delivered to Teys Australia's Naracoorte abattoir and will also be judged on-hook.