The Mount Gambier Show was cancelled but the school led steer competition went ahead to the delight of students from six South East schools. 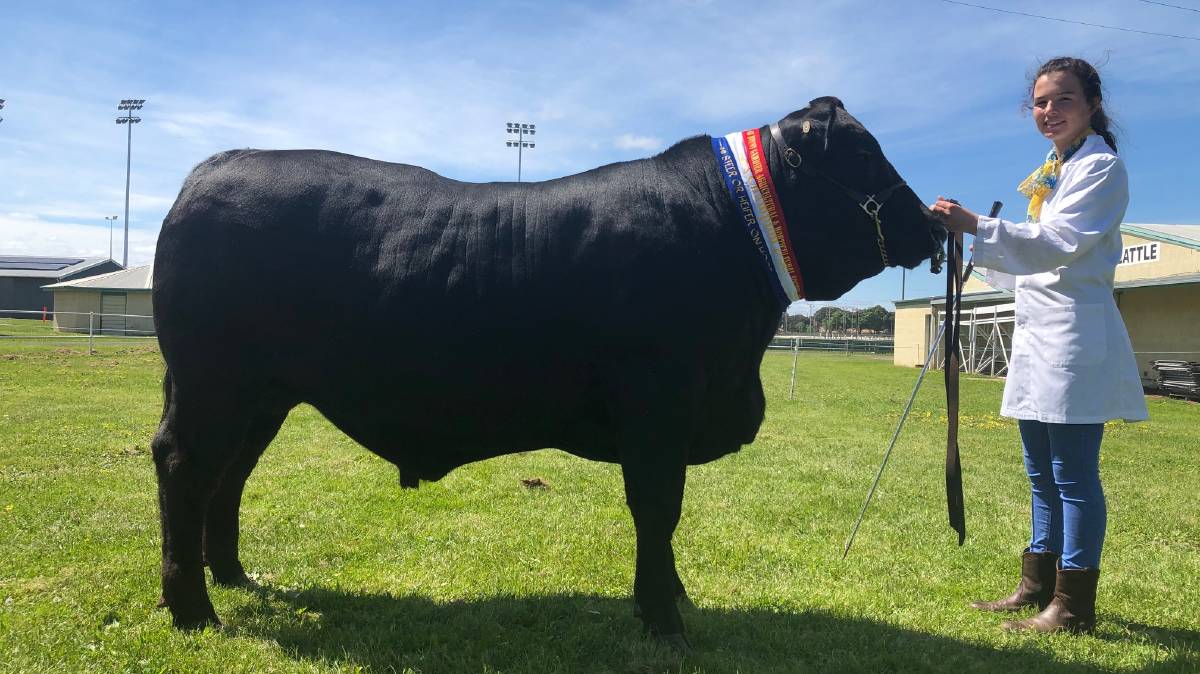 AFTER so many shows had been called off agriculture students from six South East schools were rapt to finally get their day in the show ring last Thursday at the Mount Gambier Showgrounds.

Even though the Mount Gambier Show was cancelled, show president and Allendale East Area School agriculture coordinator Danielle Tulak was determined the led steer competition would go on- and it did.

Judge and Spence Dix & Co director Jono Spence said the 694 kilogram steer, which had been at the school since March, had a "beautiful balance of red meat yield and finish".

"It had that package of muscle, softness and cover and was really good through the primals," he said.

Also from the heavy weight section, a 662kg Angus steer from Grant High School, Claremont Blacks Quent was given the nod for reserve.

"I loved his soundness and squareness and he had plenty of shape for a pure British breed," Mr Spence said.

Mrs Tulak thanked the participating schools for persevering with their steers and training them to lead in such an uncertain year.

"Everyone was social distancing but the mood was great among everyone and the (high) level of presentation of the 16 steers was a credit to every school," she said.

She said the led steer competition was a great way to build leadership skills and resilience among the students and she didn't want them to miss this opportunity due to COVID-19.

"For some kids it is their only connection to agriculture, many of my kids are not off a farm and without it they may not have continued on with ag next year," she said.

The steers were processed at Teys Australia's Naracoorte abattoir with the on hook winners to be announced soon.

Sponsored by
Several outback highways remain cut after record-breaking rains in the north of South Australia.
Test
Cadbury Dairy Milk blocks are still the most popular.
Test
Regional children will get a chance to connect with other children right across Australia with the expansion of a Pen Pal Club.
Test
There was a large number of cattle on offer at the Strathalbyn store cattle sale on Friday, where steers reached a top of $2510 or $5.17/kg.
Test
MURRAYLANDS firefighters gathered to form guard of honour to pay respects to fallen CFS volunteer Louise Hincks as as her body made its way back to her family in the city on Monday, January 24.
Test
Boarding schools have lobbied the government to change the definition of a close contact for boarders and classify boarding staff as essential workers.
Test
Some areas across SA have received more than their annual average rainfall in one weekend, as widespread torrential rain causes localised flooding.
Test
The first quail survey has been conducted since the 1970's recording over 16,000 sightings in the bid for the minister to declare a quail hunting season after one had not been declared in the past two years.
Test