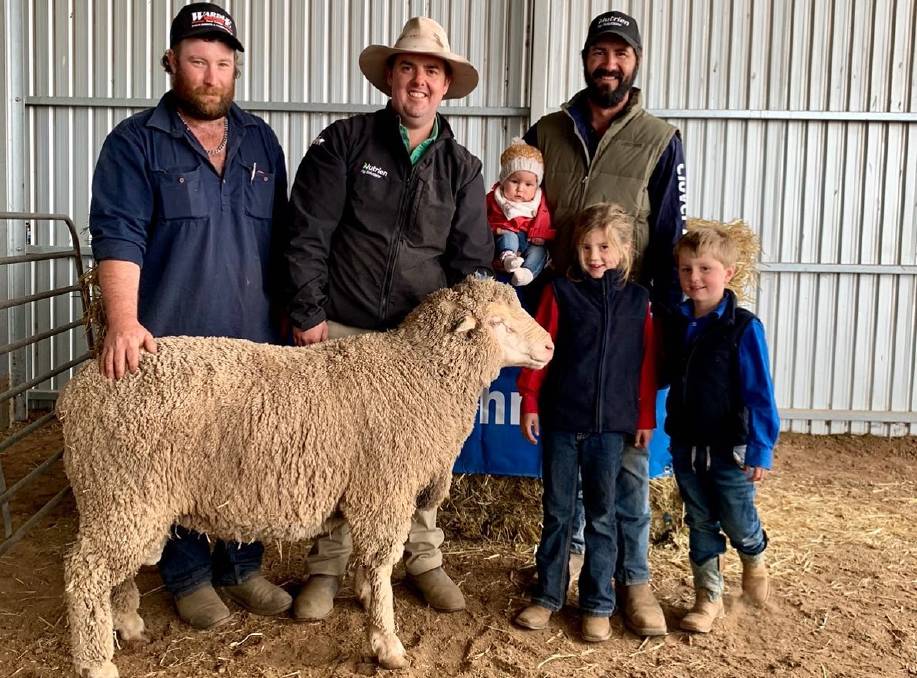 After two years of sales at the Jamestown Showgrounds, the Clover Downs auction was held at the stud's Barabba home for the first time, with 56 of 59 Dohne rams selling - eight more than last year.

The top price ram was lot 4, a 2019-drop sire Clover Downs kept for its own reserves last year.

The ram was by Hamilton Run 170129, which principal Alex Mattschoss said was a sire that had been consistently producing rams for the sale catalogue.

It was bought by KW&BJ Ritchie, Booleroo Centre, who also picked up the top price lot the previous year, and took home five rams in total this time around.

TJ&CR Hyde, Loxton, were again the volume buyers, securing 25 rams throughout the sale, after they took home 20 rams last year.

Mr Mattschoss said they were happy with how the sale went, with several return clients as well as some new ones.

"Whenever you have an increase in clearance and average you are never going to be disappointed," he said.

"We had plenty of positive comments from buyers and agents about the quality of the sheep, so for our third sale and first on-property we are taking a lot of positives away from it."

Mr Mattschoss said they had always planned for the sale to be hosted on-property, but a bushfire in 2015 meant it was only now possible.

"In general, the rams were all uniform throughout on the wool side, and they were big 'framey' sheep, paddock-reared and ready to go out and do the job," he said.

"There were a couple of new buyers plus the regular repeat buyers and the major order out of Loxton, which underpinned the sale."