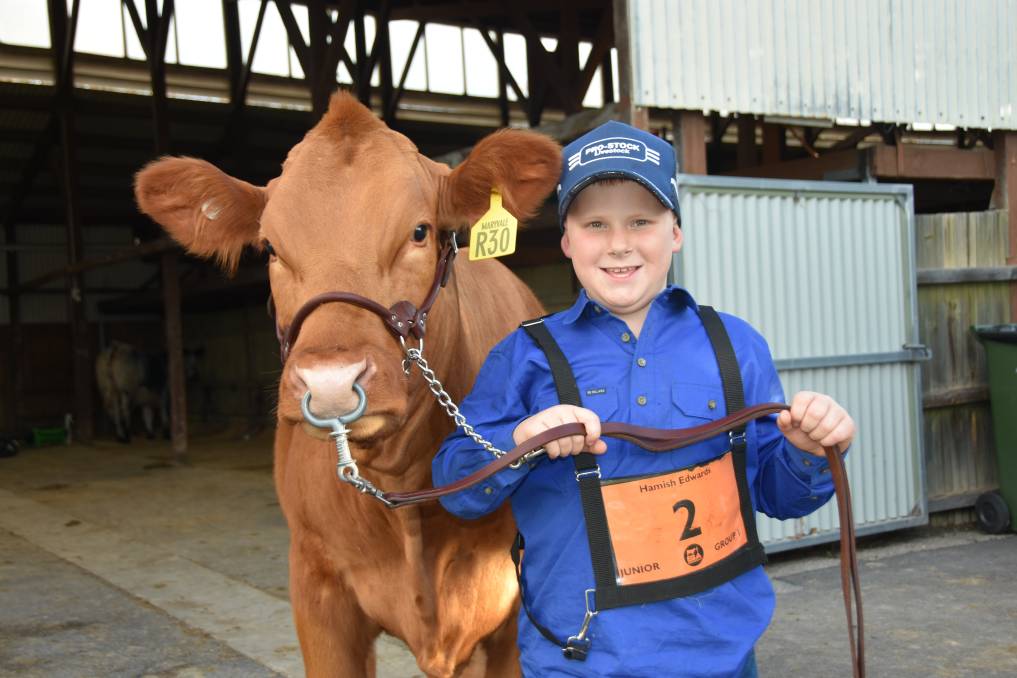 Many of the SA Junior Heifer Expo competitors borrowed heifers from studs for last week's event but one of the youngest entrants Hamish Edwards, Mount Compass, proudly paraded his own.

Many of the SA Junior Heifer Expo competitors borrowed heifers from studs for last week's event but one of the youngest entrants Hamish Edwards, Mount Compass, proudly paraded his own.

In February, he bought a Limousin heifer Ruby from Matt and Tess Vogt, Maryvale stud, Kapunda, with the $3000 he received from selling two commercial Murray Grey cows; Willow and Meg.

A few years ago Hamish's mother Keira Edwards was given a calf by local stock agency Pro Stock.

The family raised the bottle reared the calf, Lucy, who then had two calves of her own, Meg and Willow, which Hamish sold the week before the Maryvale sale to fund his stud foundation female.

Helping him to select Ruby at the Maryvale sale was Pro Stock agent Clint Endersby.

Hamish has registered his stud as LMW as a tribute to these three cows.

Breeding Limousins was an easy choice for Hamish because of the success Mount Compass Area School, where mother is an ag teacher, have had with Maryvale steers in recent years.

Lifting his cap, Hamish added "they are the same colour as my hair too".

Ms Edwards said her son had been watching on in the stands at the Expo for the past few years and had been very excited that he was old enough to compete this year.

He spent many weekends with Ruby in the lead up to the Expo training her to lead, washing her and scratching her with a cane . It paid off with Hamish winning a merit award in his handlers class.

"Hame has put in the hard yards with her. She has dragged him a few times, he could easily have said that he'd had enough but he never did," Ms Edwards said.

"To say that I am proud of what he has achieved would be an understatement."

Hamish's next outing with Ruby will be in the Limousin judging at the Royal Adelaide Show in September.

"The willingness of the industry to help youth like Hamish get started is unbelievable," Ms Edwards said.