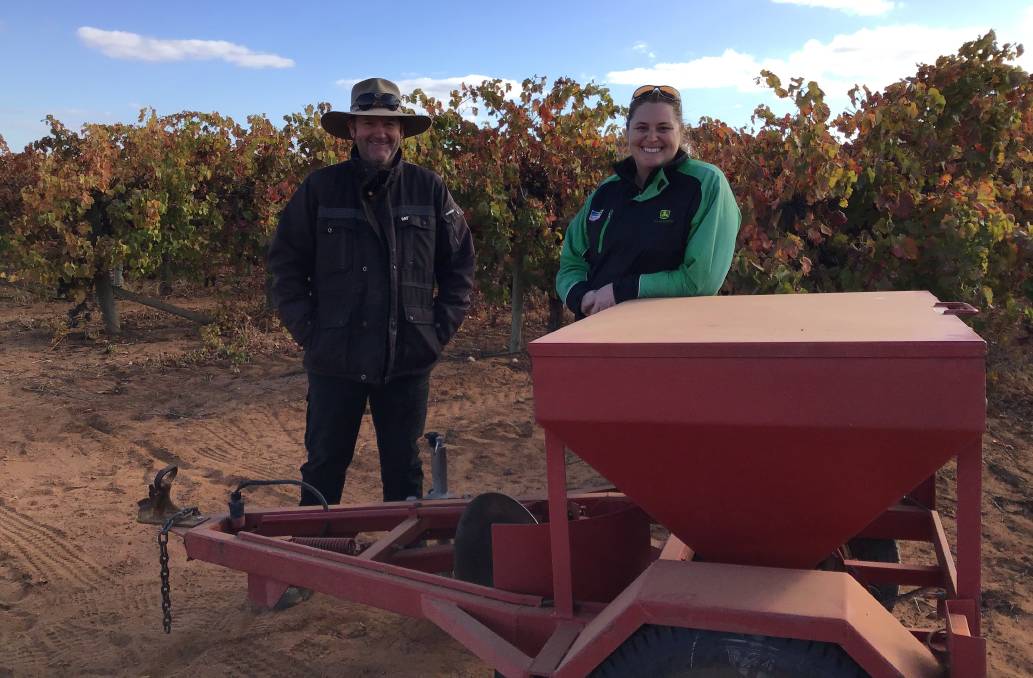 ALL IN: Loxton North winegrowers Tim and Carolyn Petch, who were involved in the control program.

LANDHOLDERS in the Riverland are banding together to tackle the population of feral rabbits in the area.

LANDHOLDERS in the Riverland are banding together to tackle the population of feral rabbits in the area.

People in the Loxton North and Bookpurnong areas are working with the Murraylands and Riverland Landscape Board and the District Council of Loxton Waikerie on a range of options to try and curb numbers.

Murraylands and Riverland Landscape Board senior district officer Jodie Woof worked with the neighbouring landholders to set up release sites for the RHDV1-K5 virus in spring - the "opportune time" to spread the virus.

"The virus alone will not eliminate all feral rabbits," she said.

"That's why it's important we have a range of methods to use in the rabbit control toolbox, applying them as needed depending on the situation.

"Any type of pest animal control program is more effective when coordinated across the landscape with your neighbours.

"We always encourage landholders to talk to their neighbours, pests don't know fence lines and the impacts are often felt more broadly than just your own patch."

"As the conversations grew, additional neighbours and the local council also came on board contributing to the control program," she said.

The District Council of Loxton Waikerie assisted by using their large machinery to do warren ripping on a stretch of council managed land.

Loxton North wine growers Tim and Carolyn Petch were keen to be involved.

"It went so well we extended through to spring with over 470 fox baits taken.

"We also identified areas within our vineyards that had rabbit issues from adjoining scrub.

"The rabbits were gnawing holes in our drip lines and chewing off new shoots from our young vines.

"Once the K5 virus had been laid, we noticed a reduction in the rabbit numbers.

"We then followed up with ripping and collapsing the warrens in amongst the hopbush to help stop the breeding cycle."

It is hoped the RHDV1-K5 release and continued follow-up control efforts will reduce the impact of rabbits where they have been causing excessive damage.

Feral rabbits are estimated to cost primary producers millions of dollars annually as they eat crops and pastures and threaten native plants and animals' survival.

While the K5 virus is only harmful to rabbits, it does not impact other pets and livestock.