AFTER losing up to 100 lambs each season to foxes, a Ngapala grazier decided to implement a farm-wide approach for fox control with the use of fumigation techniques. 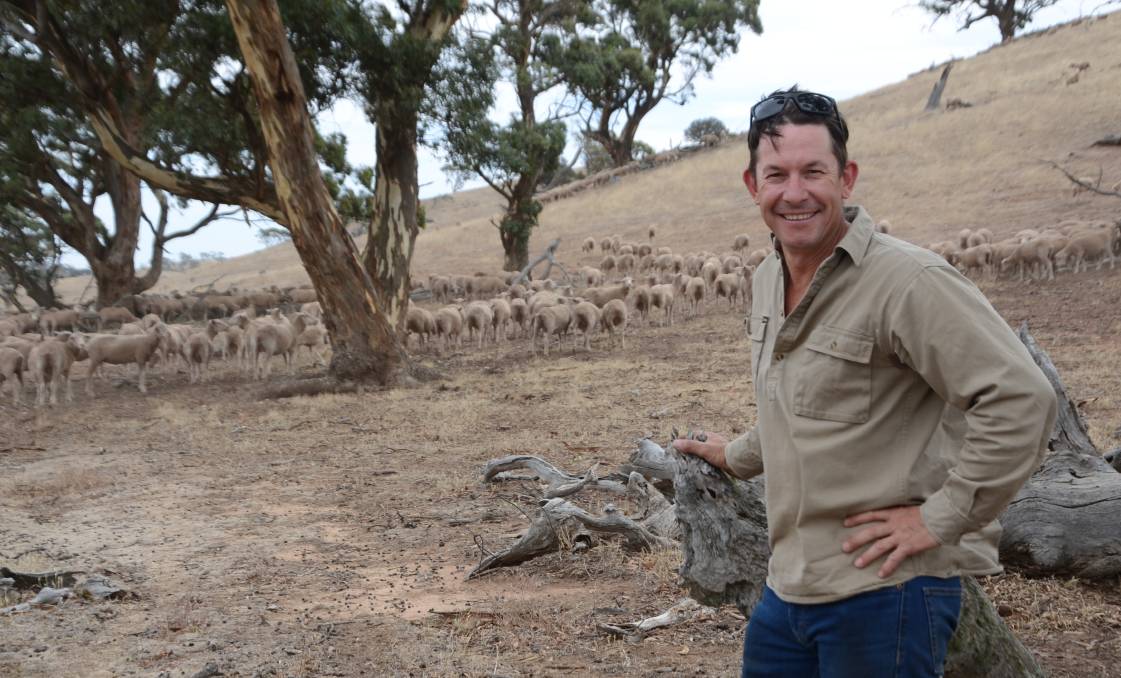 AFTER losing up to 100 lambs each season to foxes, a Ngapala grazier decided to implement a farm-wide approach for fox control with the use of fumigation techniques.

Phostoxin tablets, also used for weevil control in grain silos, were placed down active warrens and just last week, Mr Mosey found just 10 per cent of the previously active holes has been re-inhabited by the pests.

"Previously I baited for foxes in March but now I will just fumigate," he said.

"On this farm, it has been more efficient than baiting. Its more direct."

Mr Mosey recommended the technique to farmers who were looking for a long-term approach to fox and rabbit control.

"We have fumigated holes for many years and I wish I gave up baiting and just fumigated years ago," he said.

"This year I have noticed very few foxes even running around. I would always see a few, but since July, I have barely seen any."

DESPITE baiting and regular shoots, fox populations across Brenton Mosey's farm at Ngapala were steadily rising - until he tried fumigation, which he believes is causing a significant fall in numbers.

At any one time, Mr Mosey can have foxes, rabbits and more than 500 kangaroos grazing his property, so he said it was time to "get serious" about a long-term approach for pest control.

"I bait for foxes every year in March but it was not that successful. The bait used to be chicken heads but now it's mince meat and I think it is less effective," he said.

"I was still losing more than 100 lambs a year - so I needed to change the approach."

So, in July last year, Mr Mosey returned to a control method that was used by his father Geoff.

"We also had an increase in rabbit numbers at the same time, so there was a secure food source for foxes - so we had to not only control foxes but also their main food source - it goes hand-in-hand," he said.

Small breather holes at the top of the warren or den needed to be filled in prior to activating the tablets.

"After filling the breather holes, the tablets are wrapped in wet newspaper, which activates the gas, and thrown down the hole, then the major entry point is filled with dirt and netting so they cannot dig out," Mr Mosey said.

But protective gear was essential, with a respirator, gloves and overalls mandatory.

"It is very dangerous and the fumigation process happens very quickly - you have to work fast but accurately," Mr Mosey said.

Monitoring den activity in the days immediately after fumigation was crucial for the success rate, Mr Mosey said.

"If any foxes survive the fumigation, they will attempt to dig out and any that were not in the warren will try to dig back in," he said.

"If that happens, then I re-fumigate the warren - it has been key to the success.

"I know others who have been fumigating for a long period of time but have some warrens that they just cannot stop foxes in - so even though I have had a good success rate, its not always possible."

Mr Mosey also believed soil type played a role in the reactivation of warrens or dens. He said loamy limestone soil on ridges or hillsides were common areas for foxes to dig.

Mr Mosey said he looked forward to monitoring lamb numbers this year and was confident losses would be significantly less than past seasons.

"From now on, I will undertake a fumigating program each year," he said.

RELATED: Keeping feed down for mouse bait to work