Farmers need to run down the sources of feed if they want bait to be effective in controlling mice according to experts. 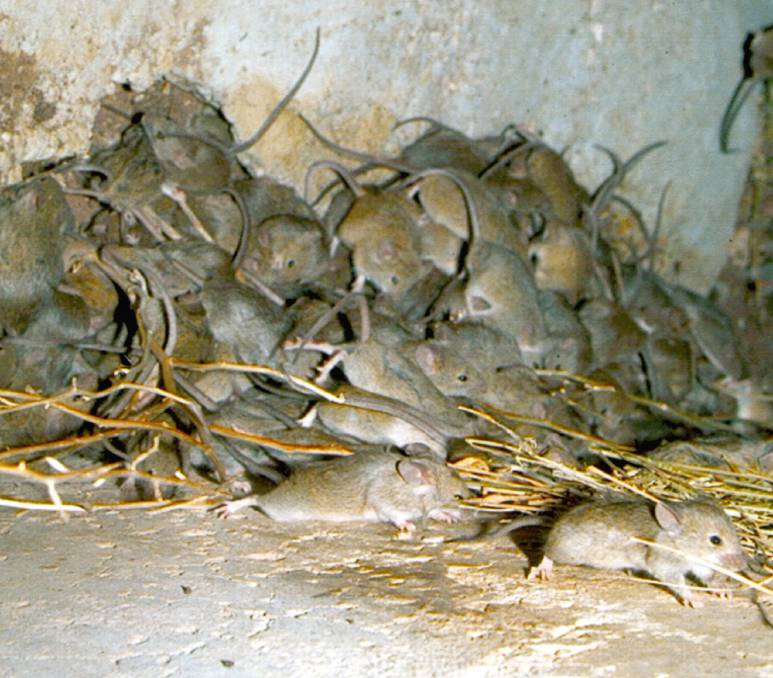 Mice will be difficult to bait if there is other feed easily available.

"With some crops leaving behind as much as 3 tonne a hectare on the ground due to wind you're really going to be struggling to get bait to work when there is that much alternative feed out there," Mr Henry said.

"It works out at about 6000 grains per square metre and when you're baiting you're only putting out about three grains, it is just not going to work."

He said grazing and spraying were two effective strategies.

"If you have livestock, grazing stubbles to clear up excess grain is great, if not something like spraying works well if there has enough rain to germinate volunteer plants."

"Less feed means the numbers build up slower and it also means mice are more likely to take bait when it is put out."

He said good summer rain would be a boon for mice control as it would germinate grain lying on the ground and allow paddocks to be sprayed rather than leaving the grain on the ground as an easy feed source for the mice.

Heather Drendel, Agriculture Victoria said the first step was identifying if there was a problem.

"Growers should be monitoring paddocks for excess grain and for the presence of mice during summer to assess the risk in the lead-up to sowing time," Ms Drendel said.

On the grazing front, Ms Drendel said while it was a useful tool to reduce feed, farmers should not solve one problem and create another in the form of erosion.

"A minimum of 50 per cent ground cover should be maintained to reduce the likelihood of soil loss to wind erosion," she said.

He said where mice were around in high numbers bait should be applied six weeks before sowing.

"It's important to continue monitoring after baiting to determine if a second bait application is required immediately after sowing," he said.

Mr Henry also cautioned farmers that bait could possibly be in short supply.

"We don't know yet, but it is common sense given the extent of the reports of high numbers of mice that there will be significant demand for bait."

The story Keeping feed down for mouse bait to work first appeared on Farm Online.