The Lucindale community is still counting the cost of last week's Blackford blaze which tore through more than 14,000 hectares, but CFS incident controller Patrick Ross says the fire ground could have been three times larger if not for the Jacky White Drain, west of Lucindale. 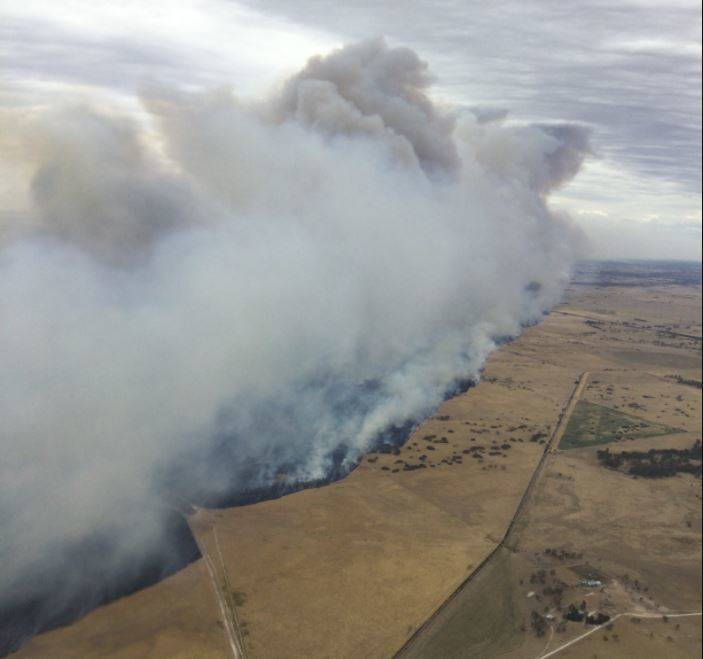 The Lucindale community is still counting the cost of last week's Blackford blaze which tore through more than 14,000 hectares, but CFS incident controller Patrick Ross says the fire ground could have been three times larger if not for the Jacky White Drain, west of Lucindale.

"It was not at the top end of extreme days weather-wise, but the rate of spread was off the scale from what the modelling of the weather conditions was predicting," he said.

It took just 3.5 hours for the grassfire to travel 30 kilometres from near Mount Scott Conservation Park to Lucindale, where it threatened the western and southern edge of the township. Mr Ross believes the Jacky White Drain, which the blaze followed for 13km, helped contain the fire's eastern flank, buying fire crews time to act.

"There would not have been enough CFS resources in the South East to stop that."

Mr Ross has high praise for the more than 500 CFS members on the ground, plus the support from farm fire units, and the six aircraft that dropped 101 loads and saved at least four houses.

But, he says the day's events highlight the urgent need for tracking locators on all CFS fire trucks, while ground controllers need the ability to access maps in real time from fire observer aircraft to assist their decision-making.

Last year, one of the key recommendations of the 2019-20 Keelty SA Bushfire Review was for all CFS vehicles to be fitted with automatic vehicle locators before the 2020-21 summer.

Mr Ross says they are still waiting for the state government to act.

"There wouldn't be a logistics company that wouldn't know where their vehicles are at all times, yet here we have volunteers risking their lives to save their communities without this," he said.

"It is a bit like herding cats, the landscape is covered in smoke and you have 40 firetrucks on the fireground that you don't know exactly where they are. With AVL you could have every truck with a different colour code clearly visible on a map."

Mr Ross said a review of the location of the Mid South East incident control centre was also needed with Lucindale CFS headquarters requiring an upgrade if it is to remain the epicentre of future bushfire emergencies.

"The community acted quickly and were the reason no lives were lost during the blaze. I commend them for their efforts in such difficult conditions," he said.

Of the 27 action items the state government committed to implement this bushfire season from the Keelty review, he said 15 had been completed and 12 were progressing well.

Mr Tarzia said the government was continuing its response but had already rolled out 26 new CFS trucks in time for the bushfire season and supplied thermal imaging cameras to all 55 CFS groups.