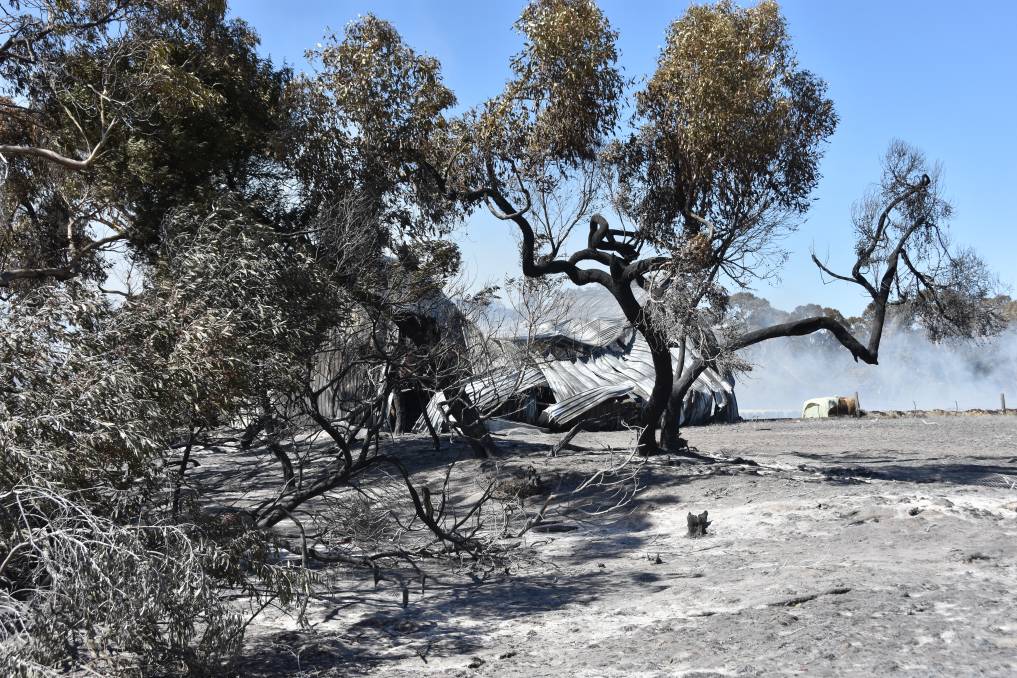 More than 17,000 hectares was burnt during the Blackford fire.

THE cause of the fire which burned through 17,000 hectares at Blackford in the state's South East on Monday, causing significant livestock losses and damage to fencing, has been deemed non-suspicious by crime scene officers.

THE cause of the fire which burned through 17,000 hectares at Blackford in the state's South East on Monday, causing significant livestock losses and damage to fencing, has been deemed non-suspicious by crime scene officers.

The point of origin of the fire is believed to be in a paddock near the south eastern end of Mt Scott Conservation Park and while the cause is 'undetermined', officers have labelled it non-suspicious.

Road closures are now being opened, but signage has been erected to caution all road users.

Roads have been cleared of debris, but police say road users should be aware of trees affected by fire along the roadside and the possibility of limbs and debris falling onto roads.

A damaged Telstra tower has been restored and communications are up and running in the area, with SA Power Networks still checking lines and rectifying issues where they can.

Police urge those driving through the area to slow down and be aware of fallen trees, injured or deceased livestock and wildlife that may be on the roads.