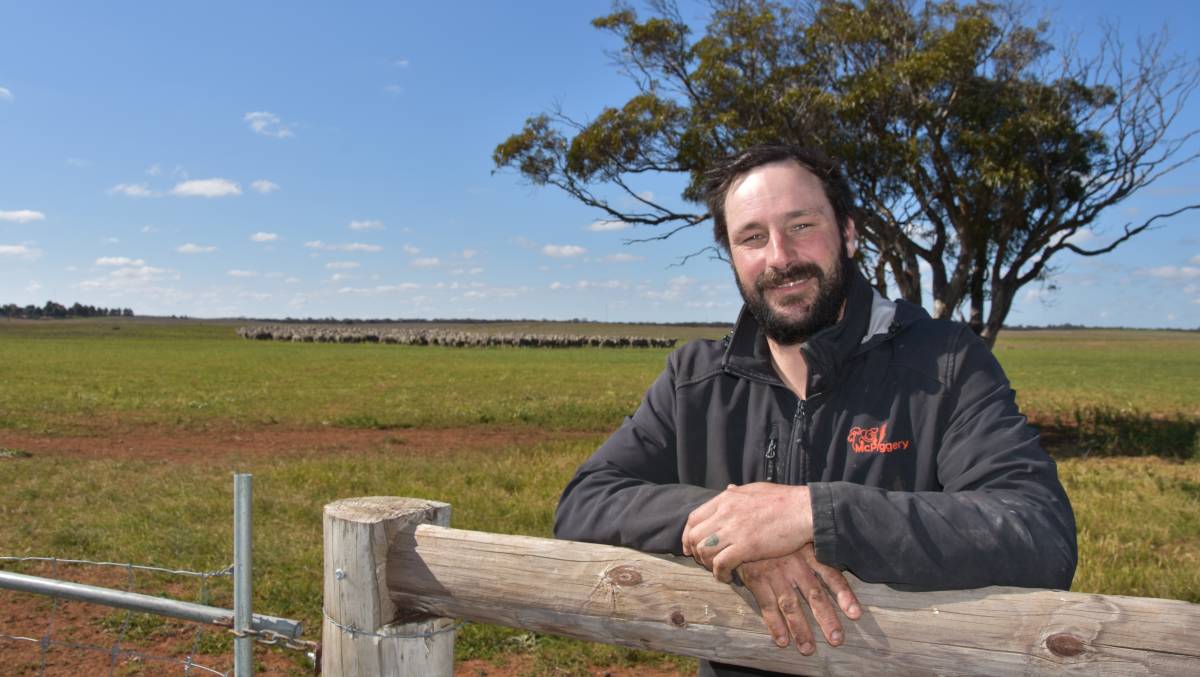 There were 666 progeny generated from 16 stud rams, after 60 ewes were joined to each ram in late November 2018.

Ewes had a 69.6 per cent conception rate from the artificial insemination program and were supplementary fed barley up until lambing because of the late break to the season.

"We have recorded yearling results and the 2020 drop of lambs are about to be weaned to give the trial's second year of results," he said.

Lambs are scored for visual traits, weight and carcase, and are then shorn to determine fleece measurements.

"Interestingly, two rams were trait leaders for all four of the indexes - that is quite rare. Generally it is just one ram that will perform highly," Mr Swain said.

Pimbena Poll 170509 and Ridgway Poll 170005 were the two top performing sires across the indexes.

The Pimbena ram had 40 lambs and blitzed the 100 point index averages.

The April 2017-drop ram was sired by a Ramsgate ram bought at the 2013 Classings Classic sale.

Stud principal Les Hamence, Wirrulla, said Pimbena 170509 was selected for the trial because of its high yearling weight.

"The top price ram at our on-property sale last year was one of his sons," he said.

"It is about 141 kilograms and ran under pretty tough commercial conditions."

"Its dam's father was bought at the 2013 Classings Classic sale," Mr Hamence said.

McPiggery sheep manager Duane Simon, Lameroo, chose to hold the trial on his property because it was an opportunity to benchmark the ewe flock against the industry's flock.

"It was a chance to try new genetics and record what does and does not work within our sheep operation," Mr Simon said.

"The main objective for us was fleece weighing and fat measurement data to help us realise where we are at as an average," he said.

"The sires in the trial are industry leading, so the ewes we retain at the end should be pretty outstanding for breeding."

The 2020 lambs that are being assessed in the trial are 14 weeks old and "growing well", according to Mr Simon.

"They are about 32 kilograms liveweight - which is really good," he said.

"They are not as plain as last year's drop but we recorded 118 per cent for lambing and marked 887 lambs from 750 ewes."

"They are in very good order and it is a credit to Duane," he said.

Mr Fiebig said the trial's importance for producers had increased throughout the years.

"SA is the leading state for sheep breeding so it is important we can provide that opportunity for producers," he said.

"It is always well-attended and the state's top studs really come out in force to support the trial."

Traditionally, a field day is held in October to display the trial's sheep but because of the "rising uncertainty" during the coronavirus pandemic, it is yet to be confirmed.