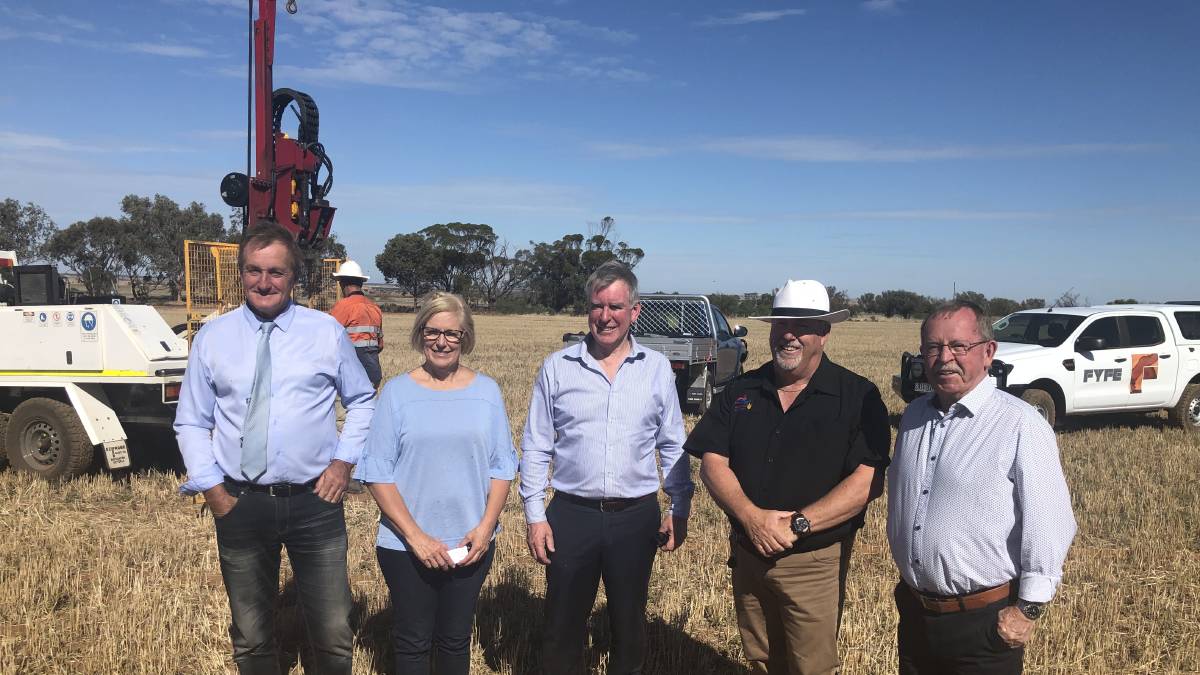 A new $75 million multi-species abattoir at Warnertown is close to getting the green light with the first stock expected to be processed in mid 2021.

A new $75 million multi-species abattoir at Warnertown is close to getting the green light with the first stock expected to be processed there in mid 2021.

Pirie Meats chief executive officer Reg Smyth said those driving past the Warnertown site would see some landscaping and fencing in the coming month or so and expected the groundwork to commence in July- a year later than the original timeline.

He said some improvements to the original design had been made but the plant's capacity would remain 300 large stock and 3000 small stock in a single shift.

Mr Smyth said any disruption due to coronavirus would depend on how long the global pandemic lasted but earthworks could be safely conducted, even with the distancing restrictions.

You don't build an abattoir with just the drought in mind, it is a long-term strategic decision and something so many people have said is needed. - Pirie Meats chief executive officer Reg Smyth

"Our main issue potentially is delays at the ports later on but the fit out is looking like the first quarter of next year so hopefully the virus will be controlled by then," he said.

Mr Smyth said the current lack of numbers due to the prolonged drought was a "consideration but not a concern" with widespread interest from those interested in using the new facility for service kills.

"You don't build an abattoir with just the drought in mind, it is a long-term strategic decision and something so many people have said is needed," he said.

"We are looking at two years to the point of full production and hopefully we will see good recovery between now and then but we know it will take time to put things in place including the accreditation and licences we need.

"There is no question the demand is there and is actually increasing for high quality livestock, low carbon footprint, high animal welfare so we are ensuring we are building for that future and what consumers want," he said.

It will also a deliver much-needed boost to the Port Pirie economy according to Mr Smyth, employing 215 staff, and economic modelling suggesting another 150 flow on jobs.

"Everyone is pretty excited but it is now our responsibility to deliver on the promise," he said.