DESPITE expectations, children from regional areas may not actually have a greater knowledge about where food and fibre comes from than their urban counterparts. 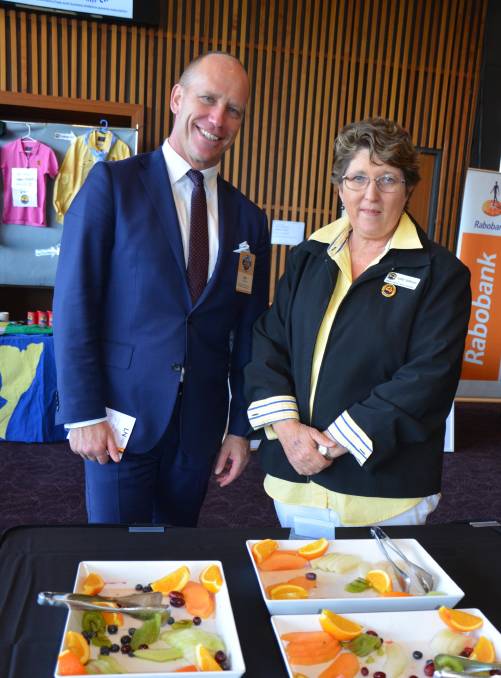 DESPITE expectations, children from regional areas may not actually have a greater knowledge about where food and fibre comes from than their urban counterparts.

But more worryingly, Mr Stockwin said, was the statistics that 40pc of year 10 students believe farming damages the environment and 43pc did not link science to primary production.

"We want to tell a story about an industry that puts food on the table for 20 million people everyday and another 70m overseas," he said.

Speaking at the Isolated Children's Parents' Association federal conference last week, he said despite hypothesising there would be a marked difference in the knowledge between regional and city-based students, there was no noticeably different knowledge base.

He said this was behind a drive to improve the inclusion of food and fibre within the education curriculum.

Mr Stockwin said part of this was ensuring accurate information was shared with teachers.

"If teachers don't have the knowledge or confidence, they won't (teach agriculture) or will do so from a compromised source, such as activists," he said.

PIEFA has launched the PrimeZone website, which has more than 600 resources that sit within the curriculum and are free for teachers to use.

Mr Stockwin said this has been steadily growing, with 46 per cent more users in the past year.

It has been joined by Career Harvest, which shows the wide range of career options in agriculture, as well as the vast number of scholarships available.

He said other initiatives, such as Facetime a Farmer, also helped show students about food and fibre they might not otherwise get to see, as was the case when a Vic-based egg producer showed a classroom of NT-based students across the operation. There are no commercial egg producers in NT.

Mr Stockwin said with Australia and New Zealand as two countries that have never experienced a food crisis, there was the tendency to take food production for granted.

But he said it could run on a fine line.

"The issues in our industry, it's the students in our schools who are the ones who are going to solve these problems," he said.

ICPA has backed this push towards improved education, with a motion to support food and fibre being taught and integrated into the primary and secondary school education.

ICPA federal vice-president Sally Sullivan said it was true that even "bush kids" could have their knowledge restricted to the operations "in their backyard".

She said this was why it was so disappointing that so few schools in NT, especially boarding schools, offered agriculture as an elective subject.

She said it was important that these subjects were taught throughout the curriculum but it needed to be the right information.

"Agriculture is in the curriculum but we've seen environmental science taught under the banner of ag," she said.

"That's why we're now speaking about food and fibre."

Sponsored by
Proposed changes to South Australia's corruption watchdog would dismantle the office and rob the public of an efficient integrity agency, a state parliamentary committee has been told.
Test
Ram buyers bidding up big, as confidence in the sheep industry soars.
Test
The concept of registering Farm Firefighting Units has caused controversy among regional communities after the Country Fire Service last week announced a new program being trialled where registered operators would have better access to safety and insurance arrangements.
Test
The giant Kiwi co-op is officially reviewing the future of Fonterra Australia.
Test
A 346-hectare (855-acre) property located on the Northern Yorke Peninsula is well suited to mixed farming and has hit the market and is being offered as a whole or in two contingent lots.
Test
Live cattle export numbers in decline as key markets struggle
Test
Seven state and territory emerging beef leaders set to take careers to next level
Test
A global shortage and drought in key production areas are helping keep lentil prices high.
Test