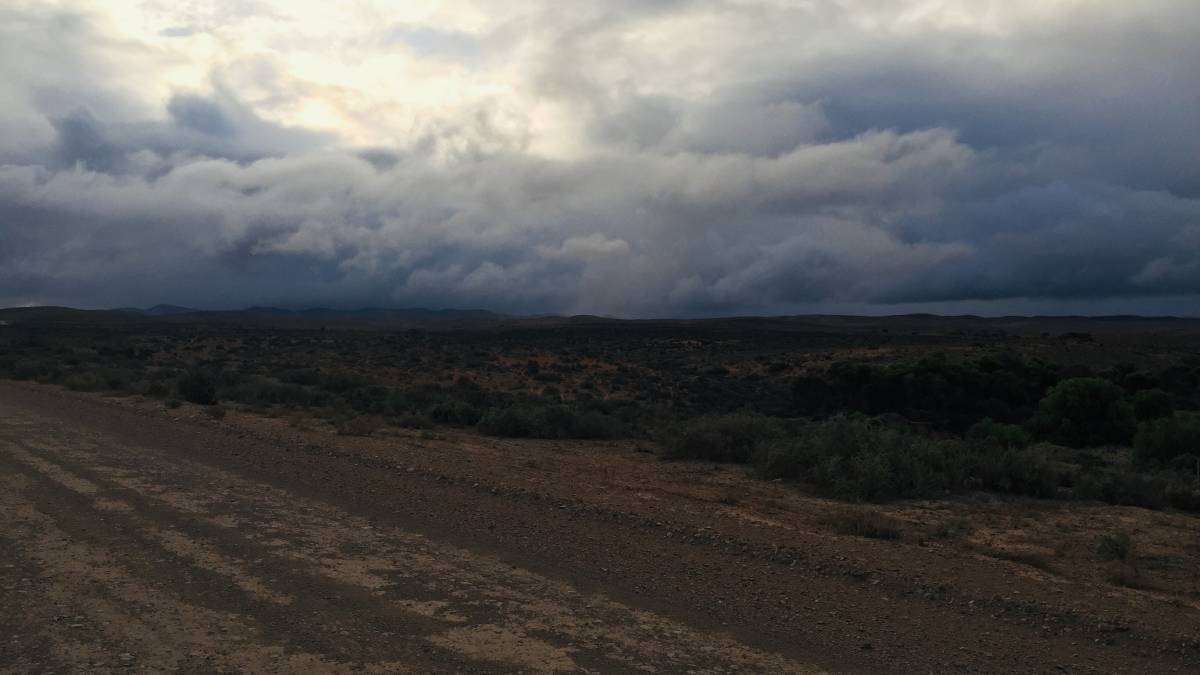 Those in the far north-west of the state are being urged to prepare for heavy rain at the start of next week with forecasts for falls of up to 200 millimetres in parts.

Those in the far north-west of the state are being urged to prepare for heavy rain at the start of next week with forecasts for falls of up to 200 millimetres in parts.

Ex-Tropical Cyclone Tiffany is making its way across central Australia and is expected to cross the SA/WA border late on Sunday, with heavy rains in parts on Monday and Tuesday.

Independent severe weather forecaster Dennis Luke said from the time the front crosses the border, to passing Coober Pedy, there could be falls "from 50-200mm, depending on where you are in the area".

He is also warning about potential dust storms, caused by gusts of wind up to 70 kilometres an hour in parts.

"The worst is going to be Monday afternoon, but it's still going to cause possible dust storms before the rain in a double whammy," he said.

From there, Mr Luke said there was the possibility of the front moving across SA into the eastern states, but warned that these types of fronts could be difficult to forecast more than a few days out because of the number of variables that could interact with them.

The Bureau of Meteorology has also issued a flood watch for the North West Pastoral district from Monday.

"Rainfall may cause ponding and overland flows, together with rises in local creeks and overbank flooding," it said.

"Roads may be impacted, leading to disruption to travel and transport. Local communities may be isolated."

"There could be localised heavier totals," he said.

He said the heaviest of the rain would be on Monday and Tuesday, although there would be more generalised falls across most of the pastoral area and Flinders and potentially even down into the northern agricultural area, as the front moved across.