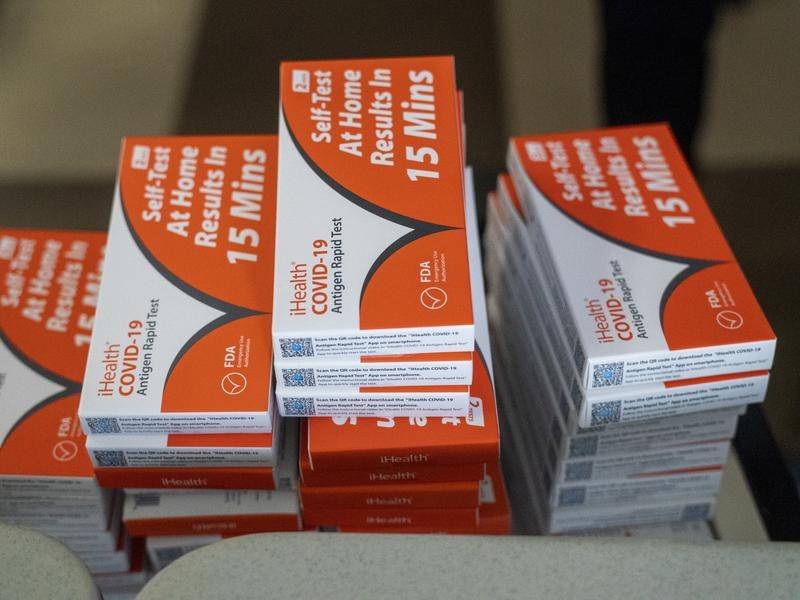 South Australians will be required to report any positive COVID-19 cases detected via RATs.

South Australians will be required to report any positive COVID-19 infections detected through rapid antigen tests, when a new system for close contacts comes into force.

South Australians will be required to report any positive COVID-19 infections detected through rapid antigen tests, when a new system for close contacts comes into force.

After initially ruling out mandatory reporting, Premier Steven Marshall said a change to the arrangements would now be made.

"We're keen to track every single one of those results," Mr Marshall said on Wednesday.

"While we think that 95 per cent of people would do the right thing, getting as many positive results into the system just improves that data."

SA will on Thursday switch to requiring close contacts of virus cases to only have a RAT rather than a PCR swab.

People will be supplied with two RATs each to be used on days one and six with the government setting up a single collection point in the Adelaide parklands.

Up to 11 more collection sites will eventually be rolled across Adelaide and in regional centres.

The changed view on mandatory reporting came after the Labor opposition said a voluntary system would call into question the accuracy of daily case numbers.

"If we don't have an accurate picture of COVID cases - including where people testing positive to rapid antigen tests - we won't know where they might have caught it and who might be close contacts, making it very difficult to limit the spread of the virus," Shadow Treasurer Stephen Mullighan said.

"If people don't have to report positive results then SA Health won't know who has it and whether they are getting the health care they need."

Labor's calls also came as PCR testing sites across Adelaide and in some regional centres operated on reduced hours for the second consecutive day because of high temperatures.