Agents yarded about 1200 Hereford cattle at Casterton on Wednesday. 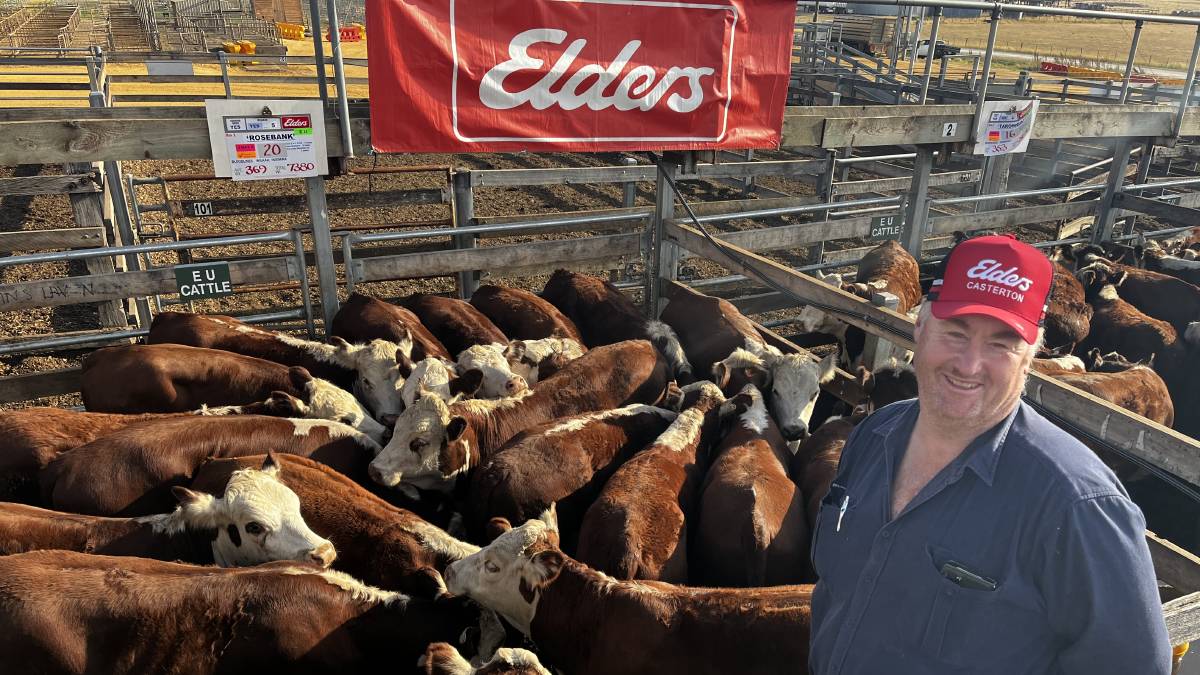 Forty-five per cent of Casterton's Hereford yarding was bought by one person on Wednesday with 540 steers sold at the feature weaner sale destined for a grass finishing program in NSW.

Agents yarded 1176 Hereford and Simmental steers in western Victoria for the third of four weaner sales at the complex as part of the southern weaner sales series.

Injemira Beef Genetics principal Marc Greening bought 540 steers at the market, predominantly featuring Injemira blood, which equated to 45 per cent of the cattle sold at the sale.

Mr Greening said 50 per cent of the draft would be placed into Injemira's grass finishing program for Coles Graze, while the remaining balance would go into the same program at Willinga Park, Murrumbateman, NSW.

Elders Casterton territory sales manager Sam Broomby said similar to other recent weaner sales, the bulk of the yarding sold would head north of the Murray River where feed was prominent.

"We're talking about places like Holbrook, Walcha and Tamworth who were big buyers," he said.

"These are some of the best bred Hereford cattle in Australia and every year they put them up the way they do and it's a real credit to our vendors."

Casterton’s third weaner sale for the week to take place from 8:30am with about 1100 Hereford and Hereford-cross cattle yarded. @stockandland@stockjournal@grheard#agchatozpic.twitter.com/zGgbycfZia

"I can remember six or seven years ago at this sale when we were selling steers for $730 a head," Mr Hortle said.

"Now we're selling them for that in cents a kilo and I never thought I would have seen these sorts of prices."

The story Casterton Herefords to 788c/kg as one buyer snaps up 40pc of yarding first appeared on Stock & Land.