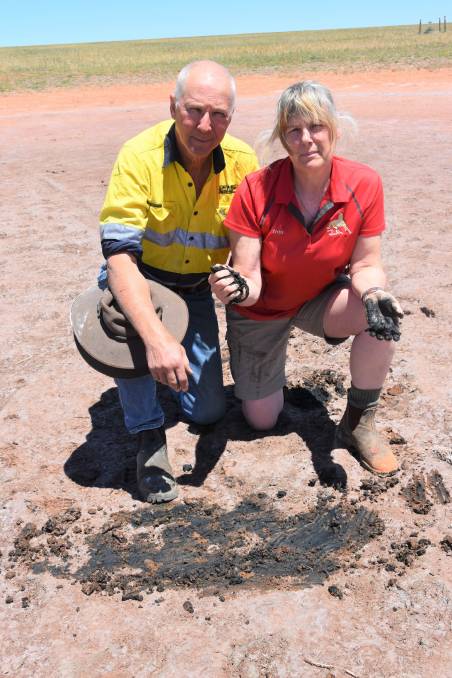 Gary and Yvette Frahn on one of the expanding salt scalds on their property.

After several years of back and forth with the state government's Department of Environment and Water, Yvette and Gary Frahn are "fed up" and seeking compensation, while other landholders are calling for increased investigation into the issue.

The basin was established in 1982 and serves as a disposal site for saline irrigation water pumped away from the River Murray, preventing adverse impacts on water quality, wildlife and irrigation.

Saline water from the basin has been spreading at a faster rate than original modelling, according to a local agricultural consultant, and is causing existing salt pans on farming land to expand and previously unaffected land to become unarable.

The Frahns bought their property two decades ago and have lost up to 40 hectares of cropping land in that period, with another 204ha shown to be under threat.

The Frahns say they have consistently raised the issue with DEW across several years but have been left frustrated by communication lines stalling or being cut completely.

DEW has said it does not bear any liability and the potential of salinisation of farmland surrounding the basin was well-known both when it was established and when the Frahns purchased their property.

The Frahns and other farmers argue the potential risk was either downplayed or not made clear.

"Three new pans have developed since and there are signs of more developing, while the areas the department considered low-risk have become high-risk.

"There's a reduction in crop growth and yield and eventually the soil degrades into black sludge and nothing grows there at all."

The Frahns said they were not against salt interception schemes, considered themselves custodians of the landscape and had planted 35,000 trees to combat salinity on the property.

"The biggest thing that gripes us is trying to get answers from DEW and ministers," Mr Frahn said.

"Where's the moral obligation to the adjoining landholders?"

Agricultural consultant Chris McDonough has been investigating the expanding saline patches on the Frahns property since 2016 and says areas deemed as low-risk for salinisation by previous DEW modelling had quickly become high-risk.

Preliminary findings of his latest report showed there were large areas of "patching" outside of low-risk areas.

Areas at 25 metres elevation are patching out two to three kilometres away from the basin.

Dr McDonough's findings showed the Frahns salt-affected cropping area had increased by more than 15ha since 2019 and a total of 204ha - or 21 per cent of the farm - was considered under threat.

"It is vital that more resources be directed into understanding the key elements actually driving this degradation," he said.

"It's clear the original department modelling is inadequate and influences of soil types, rainfall and agronomic factors are critical in understanding how far the degradation may spread.

"It has moved from recent scalds getting bigger and joining up, to whole new areas patching out.

"At current rates, I wouldn't be surprised to see another 10-20ha patch out in the next three to five years." 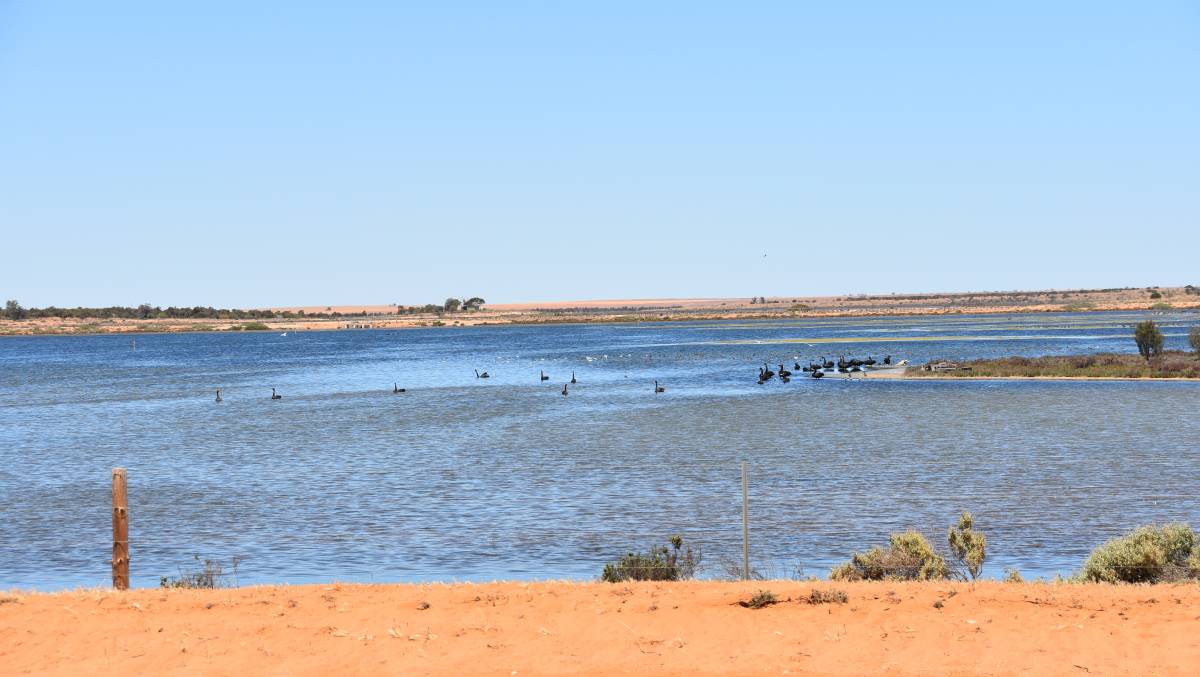 The Noora Basin was established in 1982 as a disposal site for saline water from the River Murray.

In a statement provided to Stock Journal, a DEW spokesperson said the state government was aware of the Frahns request for compensation, but argued no claim "setting out a legal basis for compensation" had been received.

The Frahns are adamant they provided a loss and damages claim to DEW in 2017 when asked to submit costings for remedial action.

DEW said the risk of potential future salinisation was understood when the basin was established and it didn't bear liability, however multiple landowners interviewed by Stock Journal claim they were not made aware of the extent of potential impacts.

At least one agreement was struck, with the Frahn property's previous owner being promised compensation for any decrease in land value caused by the Noora Basin, an agreement the Frahns were unaware of at the time of purchase.

The spokesperson said the agreement was made with the previous owner, had expired in 2002 and was not applicable, despite the Frahns buying in 1999.

While DEW has not admitted liability, it bought land from some adjoining landholders in 2010 to alter the basin's boundaries to "assist with management of groundwater salinity" through revegetation, and previous departmental reports obtained by Stock Journal show they were warned of the growing issue as far back as 2007.

DEW also conceded that pumping to the basin had increased during the past year following the completion of the Pike River salt interception scheme.

DEWNR said it monitored the surrounding water table of the basin on a six-monthly basis, but did not have a salinity-modelling schedule and didn't monitor the degradation of any privately-owned land.

While the state government (and then Water Minister Ian Hunter) were signatories to the Basin Salinity Management Strategy 2030 in 2015 - in which it committed to avoiding third party impacts from salt interception schemes - the spokesperson said third party impacts at Noora were known prior to the strategy's existence.

Member for Chaffey Tim Whetstone has visited the Frahns property on multiple occasions in the past five years and believes his government shoulders a level of responsibility when it comes to growing salinity caused by the Noora Basin.

Mr Whetstone said a collaborative approach was needed to mitigate areas of rising saline groundwater that were "consuming" farming country.

"I've met with DEW several times - under previous government and this government - and there's been lack of action," he said.

"Not just by the current minister (David Speirs) but by previous Minister Hunter, who also had a responsibility to uphold the agreement the Ministerial Council signed."

Mr Whetstone said he expected DEW officials to meet with the Frahns on the back of Dr McDonough's latest findings.

"We need to acknowledge there's an impact and I think there's enough evidence to warrant a meeting," he said.

"We need to stop sitting on our hands and do more monitoring to get a clearer picture of what rising groundwater will mean to farming country around Noora." 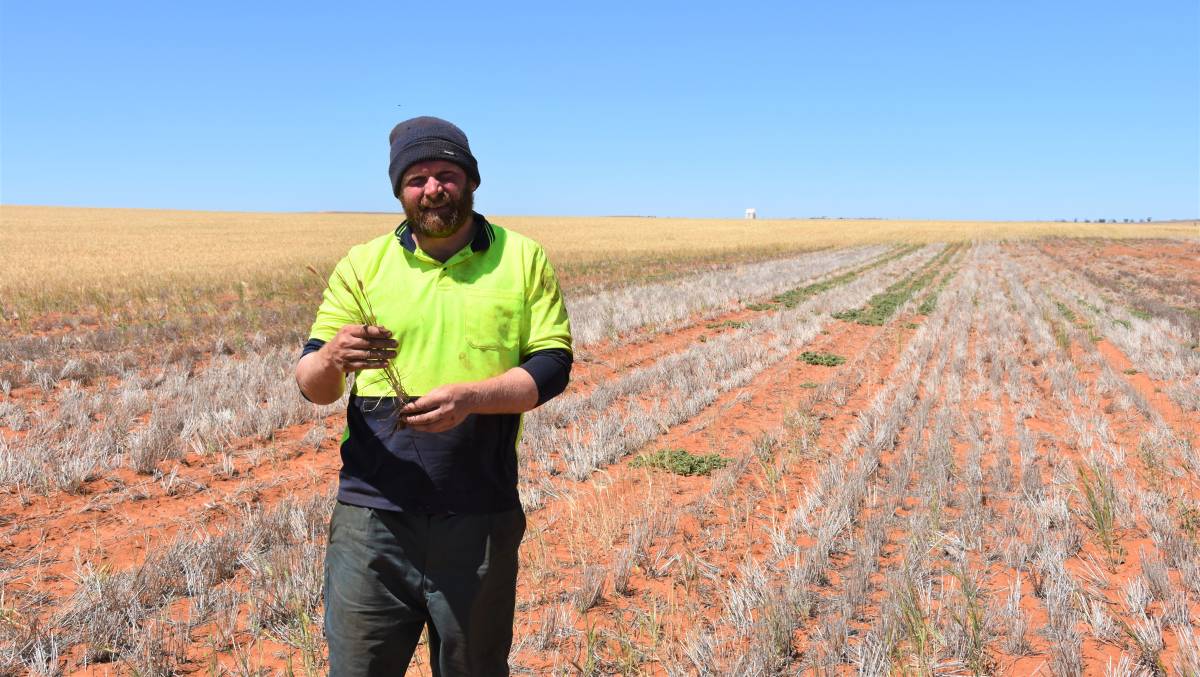 Dion Obst is concerned about how much land will be lost to salinity in coming years. Previous stubble and this year's crop give an idea of the amount of land patching out.

UP TO five other farming enterprises with land adjoining, or in close proximity to, the Noora Basin have been impacted by growing salinity on their properties.

Ron Obst lived and farmed at Taldra all his life until handing over the reins to son Dion six years ago.

Mr Obst said while the family property had some salt flats prior to the basin's creation, those existing pans had expanded significantly and newly-formed salinised areas had become evident in the 39 years since.

"We've lost 15 to 20 hectares and some of that was some of our best country and given time, we could lose 100 hectares or more," he said.

"If someone could come up with an answer as to what we could plant on these areas that would survive on it, that would at least give us sheep feed from those areas.

"But I don't know if anything will survive on those areas because we thought saltbush would be as tough as anything and do the job, but it's not doing the job."

While the Department of Environment and Water say landholders near the Noora Basin were warned of the potential of salinity when the basin was established in 1982, Mr Obst said he could not recall receiving any warning.

His son Dion faces the prospect of losing more and more cropping and grazing country each year.

While that's a frustrating prospect in itself, Dion says the expanding saline patches also present a growing safety risk.

"We have to be increasingly careful around these salted areas at seeding and harvest time too because they're always wet," he said.

"If we have rain at seeding, I'd get bogged in some of those areas that used to be fine and during last year's harvest I had to pull Dad out, who was in the header.

"I'm farming this place into the future and I can see these areas spreading, meaning we're going to lose a lot more productive land."

Dion said land where crops once thrived were patching out at anywhere from one to five metres a year. 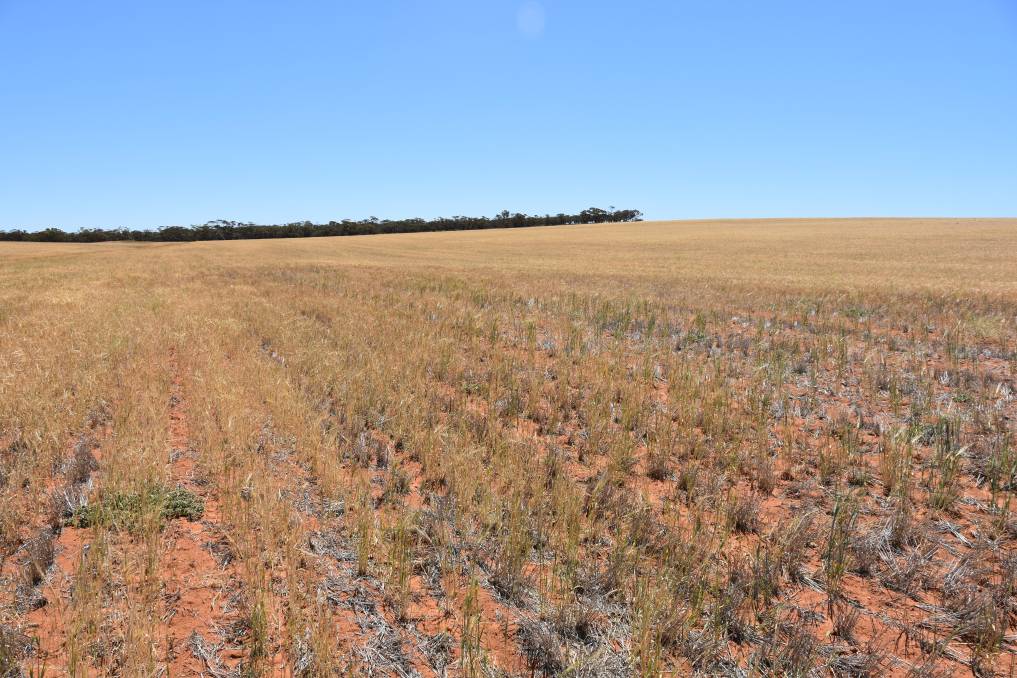 In the foreground, the crop is struggling on a saline patch while the crop further afield flourishes - for now.

Another farmer who was plying his trade next to the basin when it was first established was Peter Obst.

Mr Obst said the first indication they had from DEW that a problem was developing was in 2010 when the department bought land off the family to plant trees and create a larger buffer zone for the basin.

"There was always some salted areas but they've progressively got worse and worse since the basin has been there and it's creeping further and further into our better land," he said.

"There is areas that we used to crop on where nothing grows now and you've got to be careful where you drive because the equipment will sink into the mud.

"Any low-lying country near the basin nowadays has water in it all the time."

Peter estimates they have lost 80ha since the basin was established and is concerned more and more valuable land will become worthless in coming decades.

There has been no communication between the Obsts and DEW as yet, but Peter said the issue needed investigation because it wasn't going to improve.