HIGH prices for ewe lambs at Naracoorte on Thursday last week came as no surprise, with a pen presented by the McMahon family making the $390 top price. 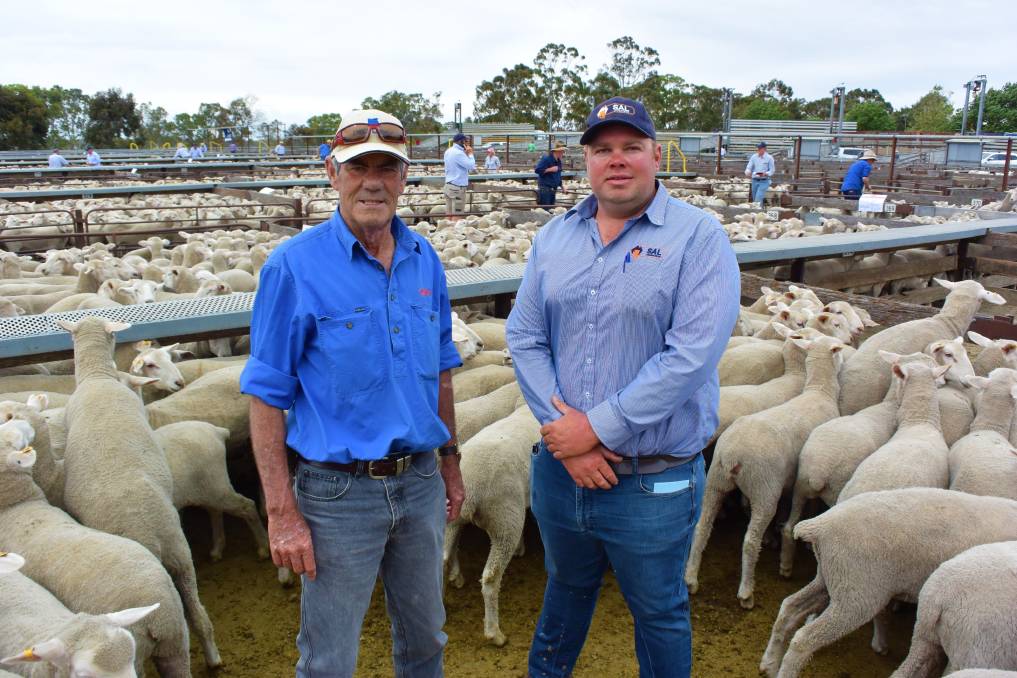 HIGH prices for ewe lambs at Naracoorte on Thursday last week came as no surprise, with a pen presented by the McMahon family making the $390 top price.

McPiggery, Lameroo, which topped the 2019 sale at $360, also achieved last year's second highest price at $424, but despite the sheep industry continuing on an upward trajectory in past two years, prices slightly slipped back for the 2021 sale.

The pen of 180 March/April 2021-drops were knocked down in Southern Australian Livestock's run and sold to SAL. The ewe lambs were Taranga Park and Glenlea Park-blood.

The $380 second-highest price was also achieved by McPiggery for a further 180 lambs, which also sold to SAL. Altus Pastoral, Lameroo, made the same price for the tops of their run, 120 Taronga Park, Belmont, Ridgway and Gunallo-blds, also to SAL.

Altus Pastoral made $360 for another 180 seconds, with SAL continuing to snap up the early runs of lambs.

The two vendors continued to dominate the top end of the market, with Altus making $352 for its third run of 180 lambs to Thomas Degaris & Clark, Penola. McPiggery then made $350 for 188 to TDC.

SAL offered 4288 lambs, averaging $294, and despite prices being a bit off the pace compared with last year, Naracoorte agent Mat MacDonald said bloodlines renowned for fertility and performance sought a premium.

"That attracted repeat buyers - some have been known to have 130 per cent lambing percentages.

"Ewes were about five kilograms off last year's weights but they will perform," he said.

"It ticked all of the boxes. Its been a tough season and its an absolute credit to the vendor," he said.

"The work has been put in, you can see that, and the season has required that."

Elders run of lambs continued to draw plenty of bidding attention with Eura Carla, Keppoch, topping the run with 120 Paxton and Moorundie-blds at $371 to Elders Naracoorte.

BJ&KR Lehmann, Peebinga, made $346 for 111 Pembroke and Paxton-blds that sold to J.M.C Livestock, and C&A Jesse, Western Flat, sold 140 Paxton-blds for $340 to Gebel Propriety Limited, Naracoorte.