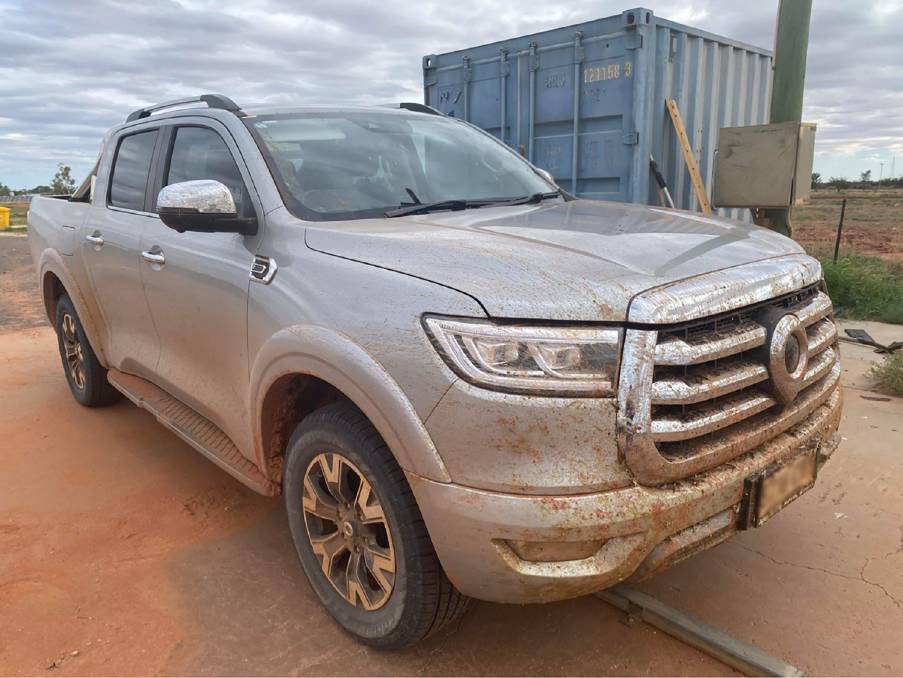 Sales of Chinese and US utes are soaring, but are they strong enough to threaten established brands?

Ford Ranger and Toyota Hilux have enjoyed their duopoly in the four-wheel-drive ute market for years now, but could that be about to change as sales of some Chinese utes increase by more than 1000 per cent?

Australians certainly love their 4WD pick ups, with the segment outselling all other categories to hold a 18pc market share, according to the Federal Chamber of Automotive Industries' October VFACTS report.

To further lure buyers, the T60/T60 Max and Ute both have five-star ANCAP safety ratings - a far cry from the two stars previously awarded to the Steed in 2017.

But with most Chinese and US manufacturers' dealerships situated in capital cities and major regional centres, are people in the bush buying them?

While anecdotal, their experiences do offer some insight into why people are buying them over better-known brands.

Daryl Byrne, a mustering contractor from Thargomindah, Queensland, traded in his Toyota SR5 Hilux for a GWM Ute Cannon L at Adelaide in April 2021.

"It was the best move ever. I was really nervous about it before I bought it but couldn't go past price and seven years warranty," Mr Byrne said.

"It's awesome on fuel, has ice cold aircon and it has no worries being fully loaded with three dirt bikes, swags and tools," he said.

"My daughter has now purchased a black Cannon L from Toowoomba and I also have a couple of mates now who bought them as well from Brisbane."

"The choice for a six seater was the big one for us. Going from a 200 Series [Toyota Landcruiser], we wanted that comfort, space and power, but combined with the freedom of a ute for those off road adventures."

Declan Nelson-Bamford, a farm contractor at Blackwater, Queensland, bought an LDV T60 in 2019.

"I work and live in a small town. I'm a contractor on farms doing anything and everything, so I went and bought the T60 Luxe model and loved it," he said.

"It went anywhere on the farm. It was really good to the point the boss bought one for his workers and they loved it as well, as he said he doesn't have to a Hilux anymore just for a farm ute. I love them and I would buy one again."

However, not everybody is sold on the new utes' do-it-all marketing.  Ryhs Muir, Mordalup, WA, bought an LDV T60 and said it was not suitable for all farm work.

"I don't think we would buy another one as a farm runaround, however I'd highly recommend them for tradies or people running about that need a 4x4 that's not going to be doing hard work day-in-and-out.

"I can't fault our local dealer with parts or backup. Any warranty work has been covered without any issues."

Group PR consultant Oliver Peagam from Ateco Group, which distributes LDV and Ram in Australia, said the increase was down to market acceptance.

"I think there's an acceptance of Chinese brands now that is continuing to grow - much like it took awhile for the Korean brands to establish, but now they're in the top five sellers every month, and the Chinese brands are fast approaching them as well," Mr Peagam said.

"LDV's gone gangbusters since it was launched in 2014. We're up about 46 per cent year-to-date, which is phenomenal in arguably the toughest trading conditions the industry's ever seen because of COVID."

Mr Peagam said from a reliability point of view, Ateco's brands have got a full factory warranty and roadside assistance.

He said they would likely never be able to compete with the likes of Toyota's comprehensive dealer network, but felt their dealers were in "the most optimised spot they can be".

"We're never going to be in every country back town, but we are going to be within striking distance of regional centres."

Mr Peagam said both their brands appealed to different buyers, with the Ram interesting drivers who were looking for luxury, towing ability and a high payload.

"For the Ram, it's about space, towing, luxury. It's almost like business class travel in an American truck.

"We're finding a lot of Landcruiser owners are switching to the Ram. If you're in that community and perhaps you've got a horse stud and you're towing horse floats around, it's quite crucial to have a vehicle that can do the business properly without being strained, so I think that's quite a big factor.

"Also when towing, you don't want something that is catastrophically inefficient on fuel and the Ram certainly ticks all of those boxes. It is actually reasonably economical when it's towing.

"Payload is also important. If you put a boat on the back of a regular ute or a wagon, there's only so much you can put in the car in terms of kit, whereas with a Ram, you can tow 4.5 tonnes and have 795kg of payload as well."