With soil health and longevity always the number one aim for Brian Teakle on his Karoonda property, Glenholme, a number of tweaks have been made across the past few years to make sure his operation is running in a sustainable fashion. 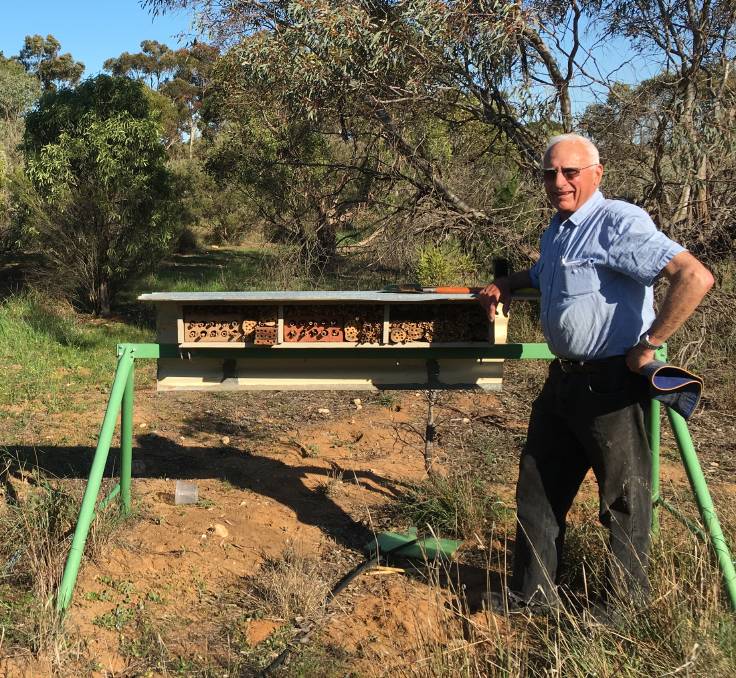 With soil health and longevity always the number one aim for Brian Teakle on his Karoonda property, Glenholme, a number of tweaks have been made across the past few years to make sure his operation is running in a sustainable fashion.

In a usual year, about 400 hectares of the 1015ha property are sown to winter crops, with the remaining land used for saltbush, remnant scrub and pasture, running 800 to 900 Merino ewes - although that number has reduced to about half due to consecutive tough seasons.

But this year almost no cash crops have been grown, in order to give the land a chance to regenerate.

"We've instead sown a bit of lucerne and cereal rye to get something to grow there (about 100ha), and we're on the way to getting good cover and plenty of organic matter," he said.

To further boost organic matter, Mr Teakle has been sowing millet as a summer cover crop on a trial plot for the past five years, sowing in late September into barley grass and silver grass.

Prior to sowing, sheep are run on about a 60ha area trial plot for three to four weeks, cleaning out capeweed and turnip, before the summer cover crop is sown on 10ha using a small seeder modified by Mr Teakle.

Usually, he sows the millet in conjunction with another summer forage species, but for the first time this year, he has sown the crop on its own.

On non-wetting sands, (sowing summer cover crops) might not be the complete answer to revitalising soils, but organic matter is increasing, so we're moving in the right direction. - BRIAN TEAKLE

In early December, sheep will be put on the millet, for about three to four weeks.

"Millet is slightly toxic at some stage of growth, but once it sets a head, the sheep devour it," Mr Teakle said.

"We've switched from Merinos to Dorpers this year, and Dorpers eat anything, so it will be a new ballgame to see how quickly they get through the millet."

Mr Teakle said sheep will be left on until the millet is eaten off to a stalk.

"When we take the sheep off, we won't touch it again until opening rains - millet has such a beautiful root system and maintaining that is a really effective way of protecting the soil," he said.

"I've dug up millet plants at the end of February, after no rain for six weeks, and that ball of roots is moist, and the the sugars being exuded and the bacteria are just going mad, there is a lot of activity.

"On non-wetting sands, (sowing summer cover crops) might not be the complete answer to revitalising soils, or benefits might show over a 10-15 year period, but organic matter is increasing, so we're moving in the right direction.

Mr Teakle said sowing millet without a second species would allow good insight into how quickly sheep could eat it down, but on the whole, he thought monocultures were on the way to becoming a "thing of the past," due to more understanding about the benefits of companion cropping and intercropping.

Brian Teakle's lengthy and significant contribution to trials, field days, and workshops has been formally recognised, with the Karoonda farmer having received a 2021 Murraylands and Riverland Landscape Board Citizen Science Award recently.

As a member of the Murray Mallee Local Action Planning Committee, the award has shone a light on Mr Teakle's experimentation with increasing agricultural production in line with biodiversity and landscape health, such as looking at including native species in farming systems, applying biochar and increasing native wildlife habitat.

Mr Teakle hopes the accolade will inspire others to focus on sustainability.

"We need to encourage people to try new things which could lead to more efficient and sustainable systems," he said.