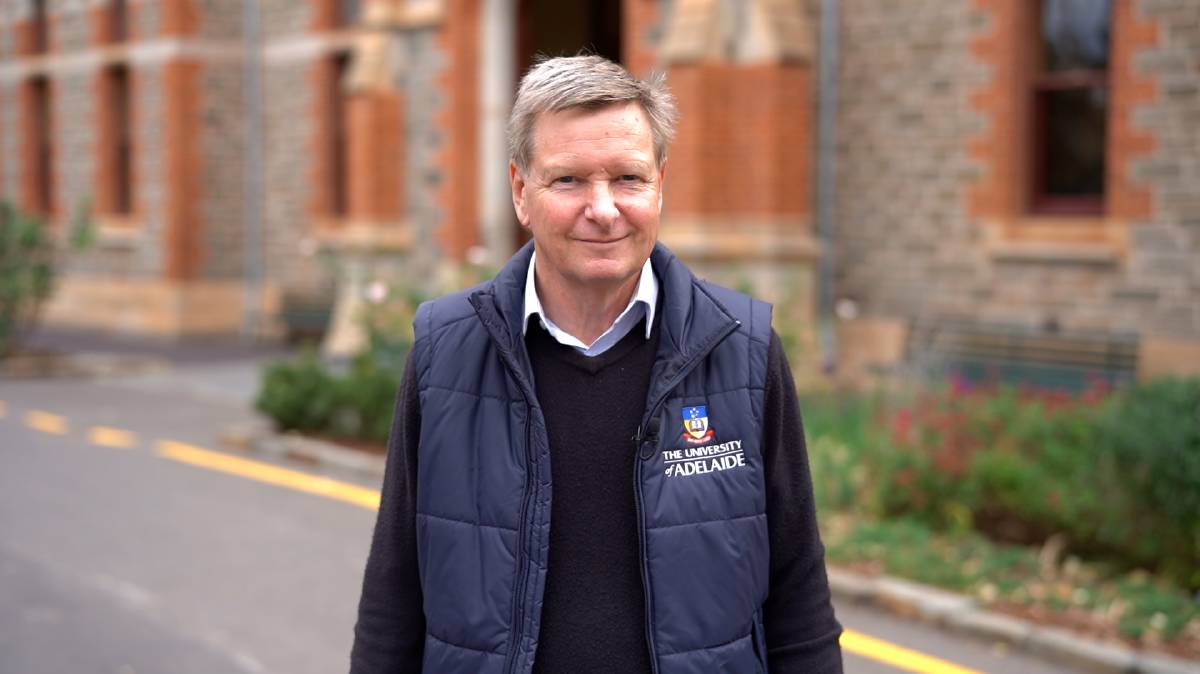 GOOD STEP: University of Adelaide professor and the Hub's interim director Chris Preston has welcomed the announcement of the funding boost for the SA Drought Hub.

The SA Drought Hub is set to receive a funding boost from the federal government, which will allow the focus to expand to undertake broader innovation activities beyond drought only.

The SA Drought Hub is set to receive a funding boost from the federal government, which will allow the focus to expand to undertake broader innovation activities beyond drought only.

Having launched in April, the Hub is led by the University of Adelaide who collaborates with 59 Hub partners. The Hub is based in Roseworthy, with five regional nodes at Minnipa, Port Augusta, Orroroo, Loxton and Struan.

It is one of eight hubs which have launched nationwide, which will all share in $20-million from the Australian Future Drought Fund across four years, with the funding aiming to catalyse agricultural innovation, drive commercialisation and create jobs.

While the Hub was initially planned to help prepare for future droughts, the funding boost - on top of $8m FDF funding initially dedicated to the SA Hub, and $11.47m from the 59 Hub partners - and subsequent broadening focus has been welcomed by University of Adelaide professor and the Hub's interim director Chris Preston.

"The extra funding and broadening of the SA Drought Hub's scope is an endorsement by the Australian Government of the importance of our Hub and its pivotal role in delivering research innovations to strengthen the resilience of farmers and regional communities," Professor Preston said.

"Following a recent series of collaborative regional workshops across the state involving hundreds of participants, the SA Drought Hub is well down the path of developing the co- design activities for drought resilience that will be delivered through the Hub.

"While this work will remain the immediate priority for the SA Drought Hub, the announcement by the Australian Government offers exciting new opportunities for the Hub and its partners to deliver innovation in other aspects of agriculture."

I think people will be keen to see the rubber hit the road with this, we need to get beyond the speak and see some tangible benefits rolled out. - ANDREW CURTIS

"With $20m over eight Hubs, the law of averages would mean $2.5m per hub, I'm not sure how far that's supposed to stretch when you're talking innovation over multiple sectors, but bringing in broader agricultural innovation activities as part of the agenda of the hubs can only be a good thing," he said.

"Drought is very important to prepare for, but as we've seen in NSW, a mouse plague can be just as horrendous - so a focus on broader approaches to innovation that are certainly drought-focused but see resilience across the board, has to be seen as a positive."

"I think people will be keen to see the rubber hit the road with this, we need to get beyond the speak and see some tangible benefits rolled out," Mr Curtis said.

"In SA we've got sheep and beef industry blueprints, which have a critical focus on innovation and opportunities as well as business resilience, so we're keen to understand how we can engage further with the innovation part of this, while recognising the importance of drought preparedness and resilience."

Mr Curtis said it was encouraging that forward thinking into drought resilience was a key discussion topic.

"It's the first time that I can recall, that we've been able to have a discussion about drought when it's raining," he said.

"While recognising there are certainly parts of the state where it hasn't rained enough, this is the first time I can recall where we've had a discussion about drought and drought resilience, when on the whole we're not in drought."