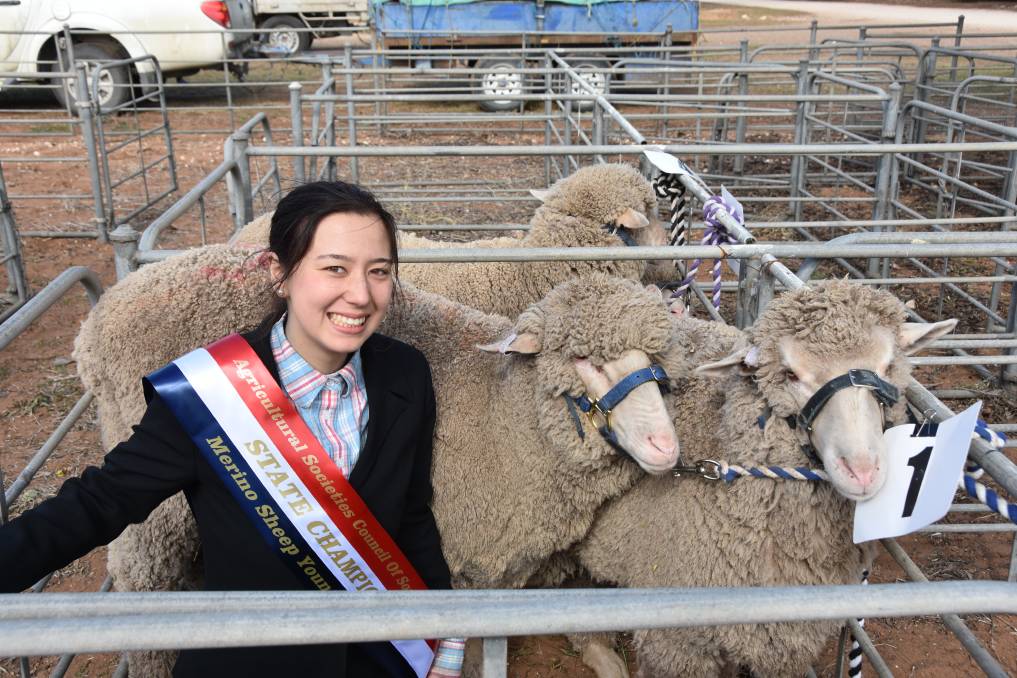 Adelaide Hills youth Emi Hughes may breed Poll Dorsets but she has proven she also knows plenty about picking a top quality Merino sheep, winning the state Young Judges championship on the weekend.

The 19-year-old has entered numerous country shows but credits the SA Sheep Expo, which she has attended for the past five years and was the runner-up in the senior section this year, with sharpening her judging skills.

She expects representing SA will be fun and also a great chance to catch up with like-minded young people.

"I placed in the meat sheep (state final) when I was 16 but it is a dream come true to win this and get to go to Sydney," she said.

"It is always good to compare opinions, especially getting advice from people who are at the top of the field and getting feedback on what you are thinking about the sheep in front of you."

Her family have been breeding Poll Dorset and Texels at their Bernalta stud at Sampson Flat fpr nearly 25 years and Ms Hughes also has a few of her own Poll Dorsets ewes within the stud.

"I had my first lot of lambs this year, which is special," she said.

Ms Hughes is studying physics at the University of Adelaide and hopes to be a medical physicist when she graduates.

This career choice may seem a world away from her love of sheep and spending time in the paddock but she says they are "good outlets for each other".

"People in the industry are so passionate about their sheep but they are also passionate for young people to do well," she said. "I like that it is such a supportive, close-knit community."

Ms Hughes said when she was judging she always considered the main purpose of that animal and its role in the sheep industry.

"When you are judging rams you need to think that their genetic impact is so big and consider that even the smallest fault could be passed onto hundreds of lambs but when you are looking at wethers it is all about the value of that individual animal and what it brings at market," she said.

"Because we were judging wethers I was looking for large frames, deep bodies and animals with plenty of wool." Entrants in the Merino Sheep Young Judges Championship at Murray Bridge Show write down their placings and reasonings for each of the animals.

He was impressed with her sheep handling skills and said her comments and comparison of the four wethers was outstanding.

"With junior judging the mistake I made when I was young was that I tended to avoid it as I was not a great orator and then in my last year I lost by one point, I regret that I did not have more of a go earlier on," he said.

"It is good to see a lot of young kids having a go, it is not easy judging the sheep and then explaining it in front of a crowd."

Mr Koehler said young judges competitions were a great way to get more young people involved in the sheep industry.

"Everyone is talking about mulesing but another important thing we have got to think about is the labour shortage, especially in shearing and wool handling," he said.

"It is a good industry to get into and we really do need them (young people)."