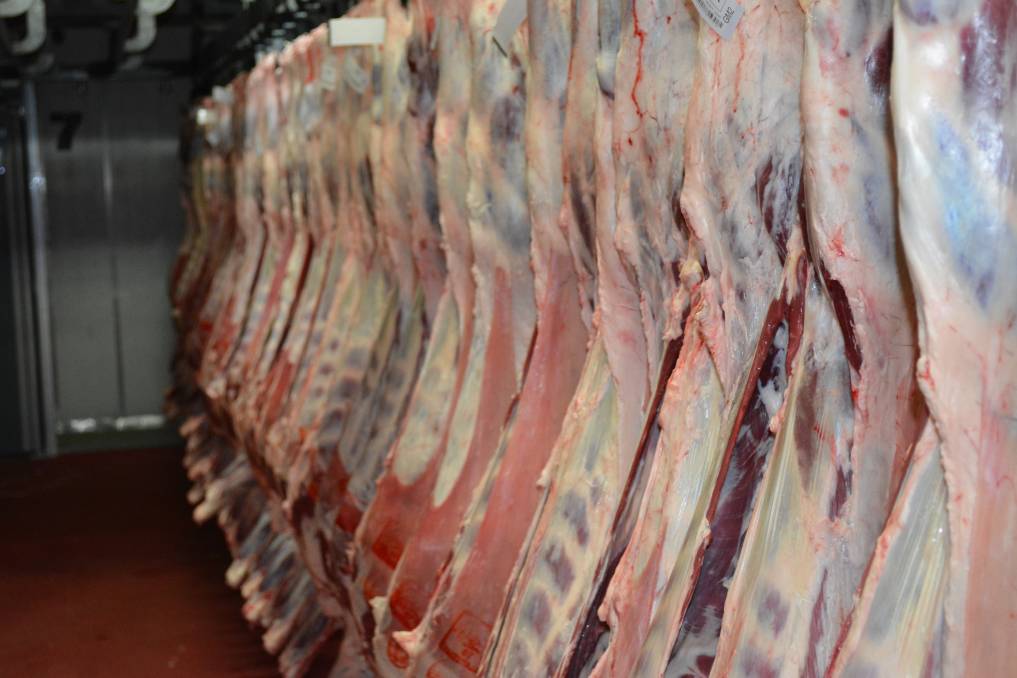 SheepProducers Australia has raised concerns about how continued processing capacity restrictions may impact the industry.

Sheep industry leaders are continuing to raise concerns over the potential for a lamb processing bottleneck due to restrictions on Melbourne abattoir facilities.

Sheep industry leaders are continuing to raise concerns over the potential impacts of continuing restrictions on Melbourne meat processing facilities, with no end date in site for the capacity limits.

Modelling completed by Meat & Livestock Australia has indicated the Victorian government's restrictions on processing capacity, which require metropolitan processors to run at 80 per cent capacity, could see spring slaughter volumes cut by 250,000 if restrictions through until November.

If all Victorian processors, not just metropolitan ones were hit by the restrictions,, slaughter in the state would drop by 645,000 lambs.

With Victoria accounting for almost half of Australia's lamb slaughter, lamb numbers in the state for 2021 are expected to be 450,000 more than the 10-year average, at approximately five million head.

MLA has also said that a bigger 2021 lamb cohort combined with the processing restrictions could mean that there are more than one million excess lambs this year.

A Victorian government spokeswoman could not give confirmation about when or restrictions might be eased.

"Workforce restrictions are in place across a number of industries to protect workers, their families, businesses and the wider community," she said.

"We constantly review restrictions across all industries - any future decisions will be made based on public health advice, as has been the case throughout the pandemic."

"Victorian buyers are very active in NSW, they're vital in Tasmania and South Australia," he said.

"It's not a Victorian issue, it becomes a national sheep issue.

"I know the processors have been trying to get the health department in Victoria to work with them and talking with government but they are just getting announcements happening when they aren't expecting it at all.

"This affects the whole supply chain."

Mr Crisp said surplus lambs would not be able to be processed in NSW as happened last year during similar restrictions due to a lack of available capacity.

"The NSW plants had the extra capacity last year, this year we've got closures in NSW to avoid having any COVID issues, but also when they have been running, they've been pretty much at capacity," he said.

"With the increase in lambs in NSW in general, there's just not the excess capacity and they've got labour issues in all abattoirs, including all through the NSW abattoirs.

"The ability for the abattoirs to take up the slack is just not there."

Mr Crisp said there was a lot of uncertainty around how long the restrictions would last.

"We are having a good season, we probably are able to hold lamb and sheep on property for longer than we want without having welfare issues or having to buy supplementary feed but it puts you way behind," he said.

"It puts your cashflow behind, it puts pressure on your pastures and you just don't know when you're going to come out of that.

"The abattoirs themselves have contracts, they would have been predicting higher levels of processing, they've got orders to fill and we've got domestic customers to feed.

"It just creates that unnecessary imbalance and uncertainty, higher prices locally, less competition in the saleyards for producers... there are no real winners out of this.

"We're kind of wondering if this should have been better consulted on before reaching the decisions and causing all this anxiety."