A DECENT sized yarding sold to solid restocker interest at the Murray Bridge feature ewe sale on Friday, with prices well up on last year's sale. 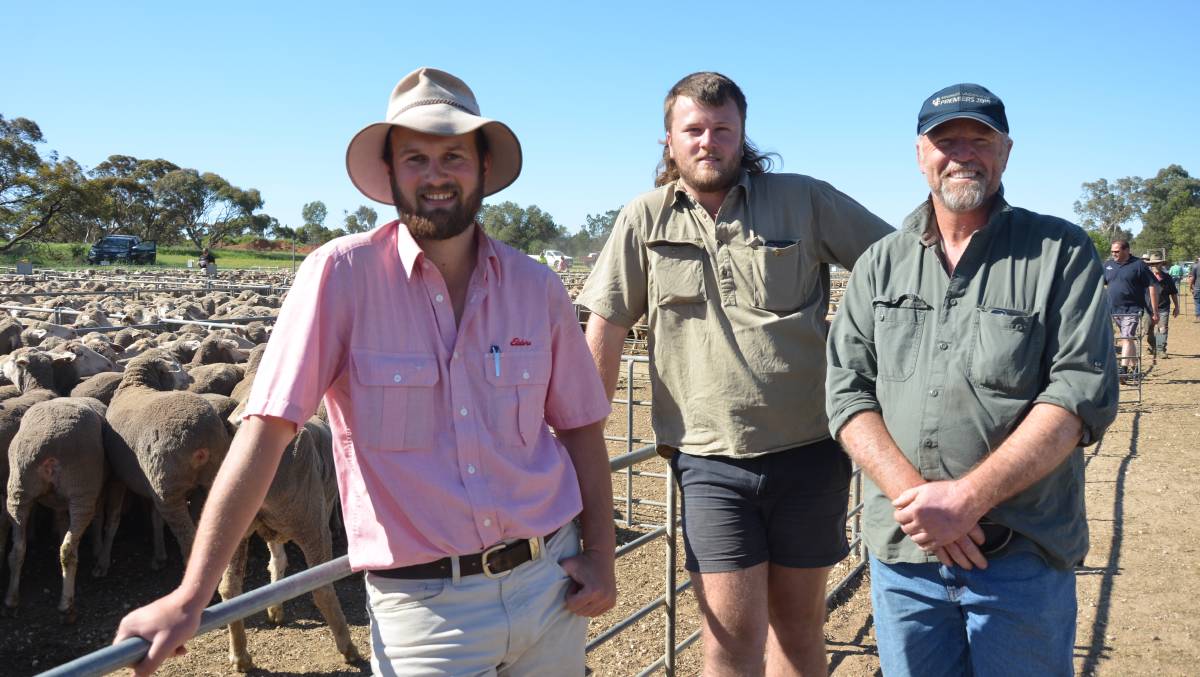 A DECENT-SIZED yarding sold to solid restocker interest at the Murray Bridge feature ewe sale on Friday, with prices well up on last year's sale.

Elders Murray Bridge livestock agent Scott Eichler was very happy with the sale, and said hoggets made good money, as did the mutton offering.

"We had a good lineup of older breeding ewes, they were probably the standout of the day and sold to good competition," Mr Eichler said.

"The quality of older ewes in particular was great, and the sale was probably $10 to $20 up on expectations, especially on those older ewes."

"Some stock were showing that we had a bit of a tougher start to the season, and they hadn't caught up, but there were some really excellent genetics in the yarding for sure," he said.

Topping the sale were 186 Kamora Park-blood 2.5-year-old ewes from Morrell Holdings, Bowhill, knocked down at $326, with the vendor also making $190 for 97, 5.5yo ewes of the same bloodline.

Other vendors making good prices in the 5.5yo offering included Batten Partners, Sherlock, selling 114 Babirra-blds at $240, AW Horstmann, Milendella, who made $230 for 109 Barton Hill-blds, and SJ Willison, Palmer, who sold 148 Kamora Park-blds at $224.