MID NORTH sheep breeders will have a chance to showcase their stock in the coming weeks, after Spence Dix & Co stock agents banded together to create an inaugural feature ewe sale at Marrabel. 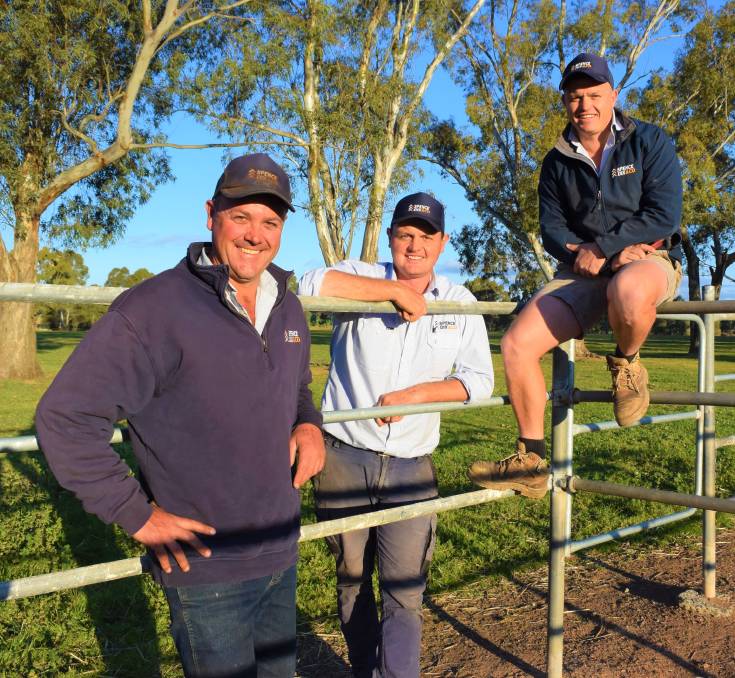 MID NORTH sheep breeders will have a chance to showcase their stock in the coming weeks, after Spence Dix & Co stock agents banded together to create an inaugural feature ewe sale at Marrabel.

On September 29, the Marrabel Rodeo Ground will morph into a pop-up saleyard and yard about 7500 ewes from the Mid North to give the region a new selling outlet.

The agency may be seen as reinventing the wheel, but after the success of the first sheep sale at Karoonda in more than a decade, the pop-up sale is seen as having huge potential.

The idea to hold the sale at Marrabel came off the back of the buoyant Karoonda sale - also a single agency offering - and Spence Dix & Co agent Daniel Doecke simply said they couldn't afford to not do it.

"Sales are strong and the prices are reflecting that - there was not much of a choice, we had to get these sheep in a yard and show off," he said.

The sale will be interfaced with AuctionsPlus, after the 7500 ewes were initially destined for the online platform only.

"That sale was held in mid-September in the past and those sheep will now go into the yards instead," he said.

"We have not been able to locate saleyards in the region to hold a sale previously but now we have this option."

About 3000 sheep were knocked out of the Marrabel sale due to limited pen space.

The agents also contemplated including lambs into the sale but decided it would remain a feature ewe sale, with a hope of obtaining a blue ribbon sale reputation.

Agent Joe Scammell said the sale design would control the presentation of the ewes.

"It will be a controlled process of like-for-like stock the entire way through the sale," he said. "It will be a lot better selling system for stock - instead of selling a few mobs of different types and jumping around the saleyard, it will have an ordered flow."