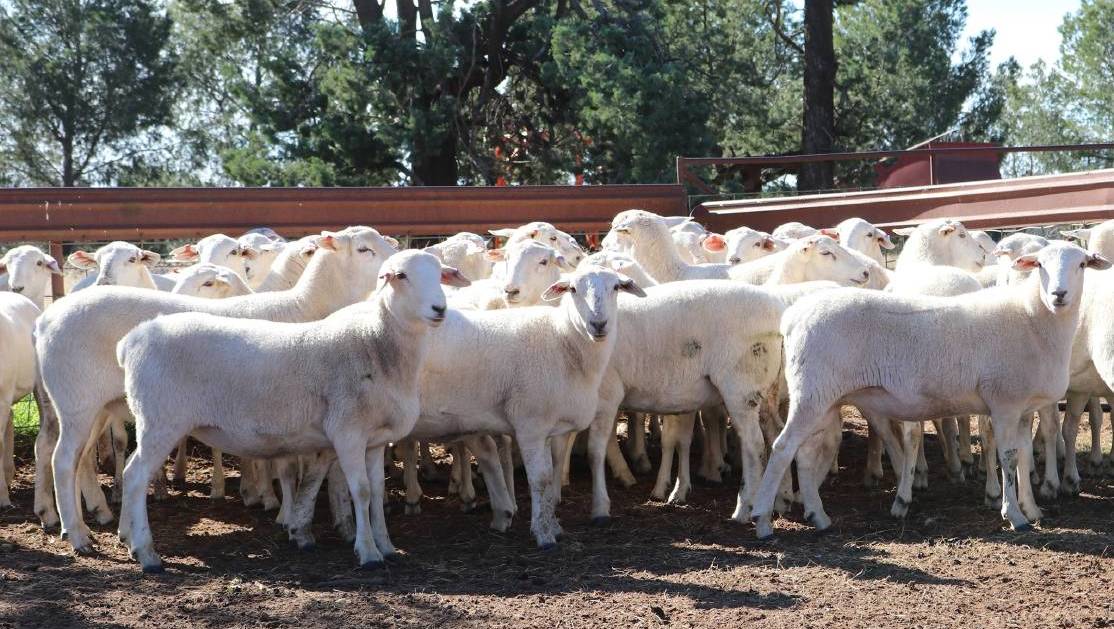 ASSURANCE: Strong demand and high prices being paid for Australian White sheep have provided extra incentive for the breed to protect the integrity of bloodlines.

Australian Whites have got the blues - all in the name of breed integrity.

ne of Australia's newest and highly productive sheep breeds has adopted a program to identify and protect superior genetics from its members selling into commercial lamb production systems.

The Australian White Sheep Breeders Association (AWSBA), which formed just over a decade ago, now uses a tagging system for commercial flock rams that are bred from sires and dams sourced from its registered stud members.

These rams can receive the breed's BLUE ear tags denoting that they are out of the studs registered on the AWSBA's data base.

"It provides confidence to livestock agents and buyers that they are not getting rams bred from commercial or crossbred ewes," he said.

Mr Gilmore said the AWSBA adopted the blue tag system mostly on the back of extremely high demand and prices for Australian White sheep in a wide range of markets in each state in the past few years.

The BLUE tag is a quality assurance program that will help potential buyers entering this new breed, some confidence that they are pure bred quality.

"It has been more than a decade since the Australian White breed was developed, and demand just keeps increasing for the genetics," he said.

"Producers are impressed by their high fertility, growth rates and ability to do well in all growing conditions.

"This has added extra incentive to protect the integrity of Australian White bloodlines.

"We want to maintain the strong reputation of Australian White sheep for quality and consistency.

"A verification system achieves that.

"And it will be increasingly important to have this as more sheep breeders and producers develop their own direct supply chain and meat brand initiatives.

"Such programs depend on quality assurance and full animal traceability."

Mr Gilmore and his family run the Australian White stud "Tattykeel", which has now established its own "red tag" verification system to ensure the integrity of its bloodlines.

Known as Tattykeel Certified, this is used in conjunction with the breed's blue tag program and allows clients that exclusively use the stud's genetics to receive red tags for their commercial ewes.

"Ewes are instantly identifiable at the saleyards, on AuctionsPlus or when transacted privately," Mr Gilmore said.