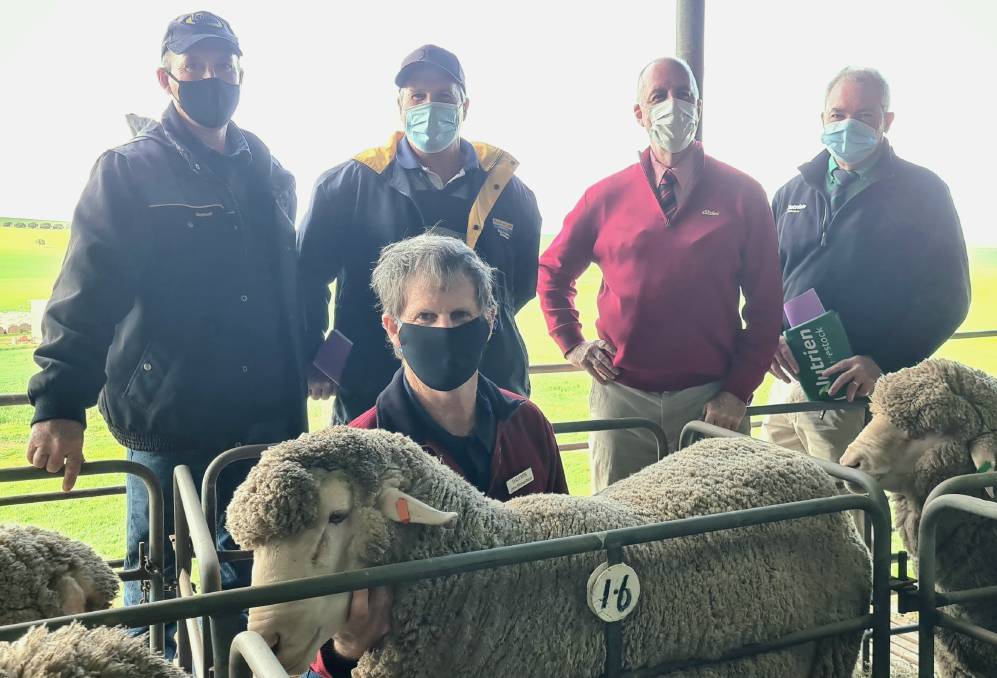 DESPITE the stress of being given a last minute go-ahead, the Richardson family at Dalveen Poll Merino stud were rewarded for the effort with a strong result at their 51st annual ram sale in Woodchester on Monday.

A top price of $3800 was reached twice, with one going to return clients J Weber & Sons, Bowhill, who bought five in total, including two at the sale's $3400 second-highest price, averaging $3080.

Dalveen stud principal John Richardson was very relieved after the ram sale, with COVID-19 restrictions creating a great deal of uncertainty prior to the day.

"We only officially found out we could go ahead on Friday," he said.

"We had about four clients not able to attend on the day because of it, but we did have two new buyers in the crowd, which helped to make up the shortfall."

Mr Richardson said it was also fantastic to see such strong support from his repeat buyers.

"The sheep industry is in a good spot at the moment with wool prices about 300-400 cents a kilogram clean above last year and mutton and lamb prices also going through the roof," he said.