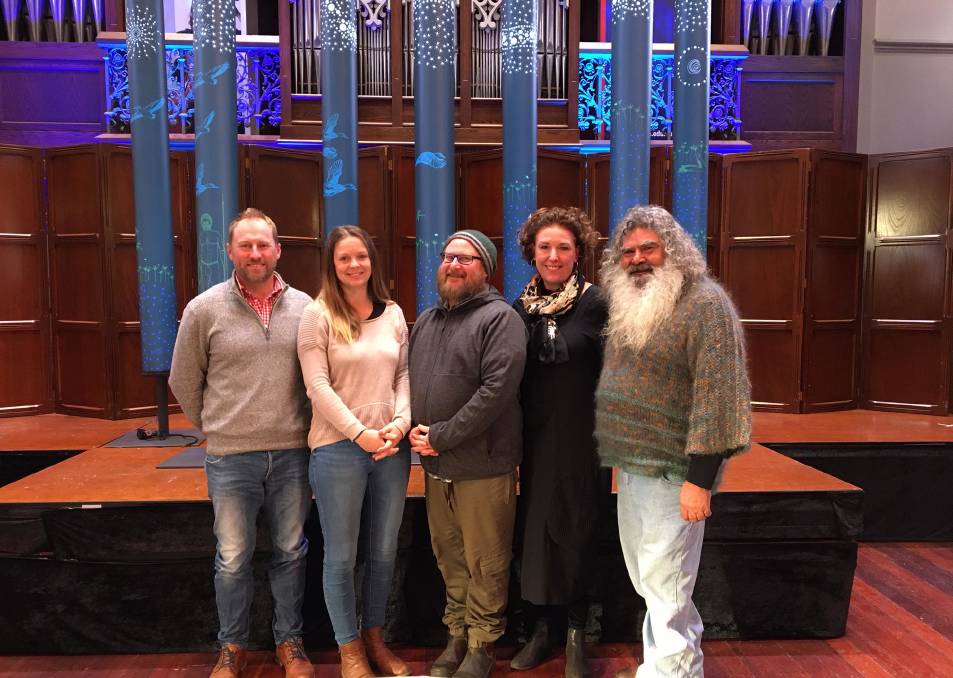 The panel theme of the discussion was "bushfires, the human impact, and the role of the media".

Together with fellow KI resident Sabrina Davis, I attended the Adelaide Festival of Ideas on Sunday.

Established in 1999, the festival celebrates the value of ideas, innovations and an informed society in various ways such as lectures and panels.

Sabrina and I were selected to be panellists sitting on the stage at Elder Hall at the University of Adelaide on a session titled "Fighting Fires: Public Safety and Public Interest".

The theme of the discussion was "bushfires, the human impact, and the role of the media" with attendees hearing from the panellists before a question and answer session.

Also sitting on the panel was Cudlee Creek winemaker Simon Tolly, who lost his vineyard infrastructure to bushfire, as well as Aboriginal elder Jeffrey Newchurch, who spoke about the cultural burning.

Joining us through an online connection was photojournalist Nick Moir of the Sydney Morning Herald, who has experience covering bushfires across Australia.

Convener Laura Kroetsch opened the discussion with the news that as we spoke, 80 fires were burning across 13 states in the western US, while more than 100 people had died in European flooding.

In the context that human induced climate change was gathering pace despite decades of warnings from scientists, the question was: How do we survive an increasingly hostile planet of our own making?

I spoke about my weeks covering the 2019-20 bushfires and the devastation that was caused as well as the ongoing recovery process.

I voiced my frustration at what I see as a complete lack of leadership in this country on climate change and what I believe are the continued dangerous policies. The inability of all Australians, including many on KI, to grasp the existential threat and demand change from our leadership left me perplexed and depressed, I said.

Sabrina and her family lost everything in the bushfire, but she has remained positive, creating Humans of Kangaroo Island, a project designed to inspire and reconnect the community, as well as raising funds to help with farm firefighting equipment.

Simon meanwhile in a very positive manner summarised the discussion as such: "The overwhelming outcome was that we already have a wealth of knowledge from our Indigenous cultural heritage and that we all need to connect together on multiple levels across the government, local councils, local communities and land owners and work together to reduce its impact."

The story Surviving climate change discussed at Adelaide Festival of Ideas first appeared on The Islander.