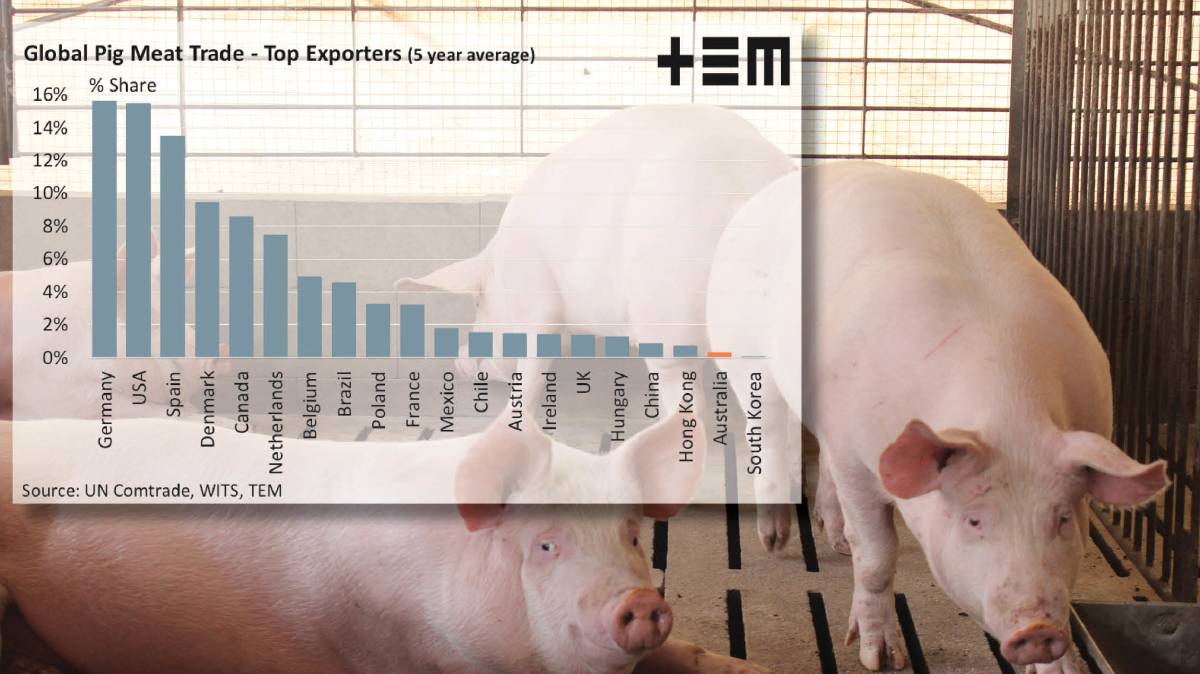 Germany is a dominant player in global fresh pork exports.

The world's largest exporter of fresh pork, Germany, has confirmed cases of African swine fever in its domestic herd for the first time.

German biosecurity officials confirmed the deadly virus had been found on two small pig farming operations in Brandenburg state in the eastern part of the country.

Brandenburg borders Poland where the disease is widespread, especially in feral pig populations.

ASF had been found before in Germany in wild pigs, with 1267 confirmed cases in Brandenburg, but never in the domestic herd.

It is a big blow for the world's biggest pig meat exporter, but analysts believe Germany's sophisticated biosecurity regime will prevent the disease from spreading as quickly as it has in other nations.

"It's something they could have done without for sure but it is a totally different production system to say in Asia where the disease spread so quickly," Mr Dalgleish said.

He said the German authorities would firstly look to see how the disease was transmitted.

"They will be looking to ascertain exactly where the contamination occurred and ensure there is no further scope for disease incursions," he said.

"Germany's biosecurity regime is very strict, the workers have to shower before going in, even to the extent of not taking pork products in for lunch so they will be confident they will be able to keep the outbreak isolated."

Germany, along with Denmark and Spain, is one of the major players in pork in Europe.

Mr Dalgleish said averaging over a 5-year period Germany had 15.6 per cent of the world fresh pork export sales.

He said the ASF outbreak could lead to short-term disruption.

"When ASF was found in the wild pig herd in Germany, China placed a ban on German exports, there could be further potential for bans on German product,"

So far the export bans have meant a shift in trade patterns, with Spain picking up more Asian business and Germany selling more within the EU.

The disease was found in pigs on one organic farm with 200 animals and on a smallholding with only two pigs, the Brandenburg health ministry said. All have been slaughtered.

Fencing has been built along the Polish border to prevent wild boars entering Germany and six zones were established with intensified hunting of wild boars, she said.