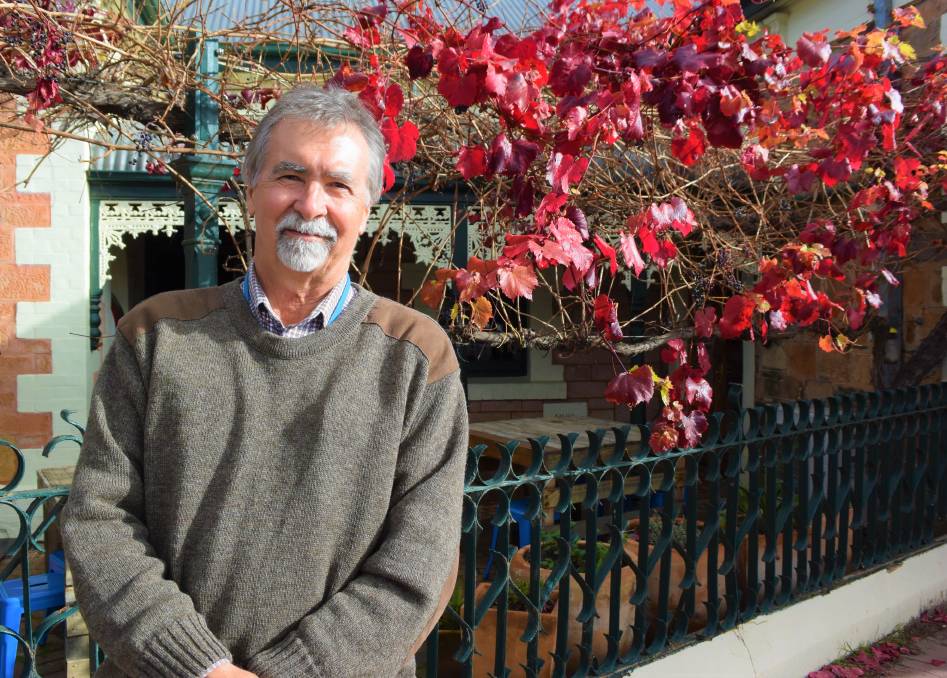 After helping thousands of students across SA to improve their knowledge of agriculture, a community figure has called time on his teaching career.

IN about a week, an agriculture teacher with a passion for educating students in small country towns will be honoured with a 50 years of service award.

Hailing from the Riverland, Gerald Wright has reached a milestone for the state Department for Education, after carrying a passion for agriculture that helped to build skills across multiple generations of students.

In 1976, Gerald began what was to become a incredibly long teaching career.

"I was very fortunate - in that era, paid scholarships to study teaching were offered and I never accumulated an education debt," he said.

"The deal was I had to teach for the department for three years, but that turned into 45 years for me."

Gerald technically stood in front of a classroom filled with students for 45 years, as the five-year teaching course is included in the years of service.

His first posting as an agriculture teacher was at Yorketown, where he spearheaded the program until 1979.

"I really enjoyed my time there - I got a taste of a lot of responsibility," he said.

Gerald started the school's agriculture program after a new school was built in the area.

"It was a bit daunting for a first year teacher, but I learned a lot very quickly," he said.

After four years at Yorketown, he decided it was the perfect time to go off on an adventure, so he hit the road for 12 months.

"I realised that most of my life was teaching and I needed a break," he said.

So, Gerald completed a grape vintage and travelled to Qld to pick bananas.

Then he backpacked across the United States for three months, giving him a real "eye-opening experience".

When Gerald returned, he took on a teaching role at Smithfield Plains High School.

"It was a pretty challenging school at times, but I had an incredible time with the students," he said.

"I was an agriculture teacher but I was also involved in the basketball coaching program at the school - the students won quite a few state championships."

The school had sheep, poultry and cattle, as well as vegetable gardens.

"A lot of city kids do not have access to agriculture and the school did an incredible job at making it available to them," he said.

Trees for Life was also a program that Gerald helped foster at the school, with more 1000 trees grown by the students each year.

After nine years, he took a position at Eudunda Area School for a year, before arriving at Kapunda High School.

Gerald's career at Kapunda lasted 19 years and in that time, he became involved in the SA Heifer Expo and led steer program at the Royal Adelaide Show.

"Teaching at Kapunda was an important part of my career because I ignited passions and was involved in leadership roles," he said.

In 2010, Gerald began his final post, as Nuriootpa High School's agriculture faculty coordinator. He was involved in many projects at the school, including the winemaking program.

"It was one of the first schools in Australia that was allowed to make its own wine," he said.

"We crushed nine tonnes of grapes a year to make wine."

Gerald ensured as many primary industries were available to students as possible.

He also noticed a few changes through the years, particularly in technology - having begun teaching with a blackboard and chalk, before learning a digitalised system.

"Now students each have a laptop and submit work online," he said.

"It took me a while to completely cross over but now, I could not imagine it any other way."

Gerald was pleased many of his past students had become agronomists, vets and vignerons.

"I have finished my teaching career feeling pretty good about it," he said.

"I have had a wonderful working life."

AFTER sinking his teeth into teaching agriculture to students in the Lower North, Gerald Wright realised it was time to get involved in the show ring.

Throughout the 1990s and into the 2000s at Kapunda High School and Nuriootpa High School, Mr Wright began helping students prepare for the SA Junior Heifer Expo.

Gerald was on the heifer expo committee for about a year and in the 1990s he was the driving force behind allowing steers to also be entered.

"It meant that students with school steers could also participate in the expo that was originally for just heifers," he said.

Gerald was then heavily involved in the promotion of the event and helped to encourage schools across the state to prepare steers for the heifer show.

"Once steers were allowed to be involved, I worked pretty hard to build the led steer section and it has been really successful," he said.

The passion for leading cattle runs in the family, with Gerald's son James winning the junior herdsman award in 2004.

"In the beginning we had to borrow heifers for him but then we actually began Belvidere Angus to breed our own for the competition," Gerald said.

"But we wound that up a few years later."

Gerald's time at Kapunda Area School was successful, with students performing well at the led steer competition at the Royal Adelaide Show.