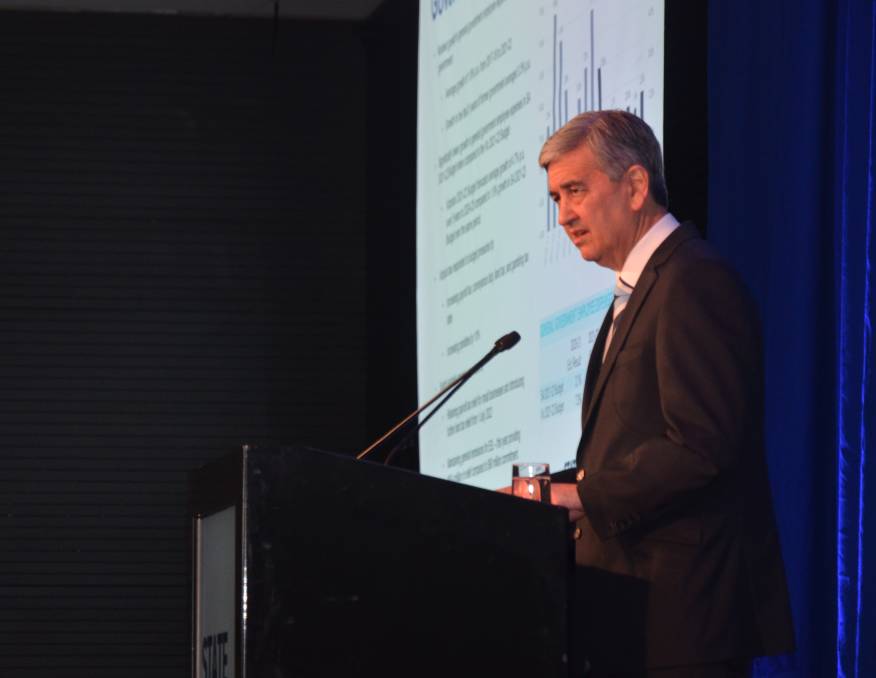 THIS week's State Budget outlined a commitment to continue SA's economic recovery following the COVID-19 downturn, but the opposition has argued the majority of funding allocations in the regions have been for the continuation of existing projects, rather than major new programs.

THIS week's State Budget outlined a commitment to continue SA's economic recovery following the COVID-19 downturn, but the opposition has argued the majority of funding allocations in the regions have been for the continuation of existing projects, rather than major new programs.

A total of $786.4 million in funding has been committed to regional roads across the next four years, with many of the allocations set to fund the next stages of projects such as the Augusta Highway Duplication ($180m), sealing of the Strzelecki Track ($80m), and works on the Heysen Tunnels ($60m).

One of the larger new announcements in that road funding is $202m across three years to construct a bypass of Truro and Accommodation Hill on the Sturt Highway.

"We are investing record amounts in regional infrastructure, including roads, so people can travel faster and safer, hospitals to provide better healthcare, schools to inspire our next generations and community space for people to enjoy," Primary Industries Minister David Basham said.

While Mr Basham said the government was committed to "building what matters, backing business and creating jobs in regional SA", the primary industries budget is projected to decrease by $54.61m for the coming financial year.

Budget papers said the reduction in primary industries expenditure was due to less funds being allocated to bushfire recovery, drought, marine scalefish reform, and once-off regional growth stimulus expenditure, while grants and subsidies in particular have been scaled back, with an $88.8m funding allocation in 2020-21 reduced to $28.98m for 2021-22.

There doesn't seem to be very much that is truly new in the budget for primary industries. - CLARE SCRIVEN

Of the six sub-programs within the primary industries spend - agricultural services, fisheries and aquaculture, SARDI, biosecurity, SA River Murray Sustainability, and forestry policy - biosecurity is the only one to receive a greater allocation this coming financial year, compared to last.

Biosecurity targets for the coming year include rebuilding 690 kilometres of high priority sections of the Dog Fence on top of the 180km rebuilt in 2020-21; completing a second year of the KI Feral Pig Eradication Program; and delivering a Lens Snail eradication campaign on behalf of SA grain producers, with the latter to receive $1.7m across the coming five years, which is expected to be recovered by an increase in the Grain Industry Fund levy.

But the biggest chunk of biosecurity funding - $33.3m across two years - is allocated to fruit fly eradication in Adelaide and the Riverland, while a further $1.2m across three years has been allocated to national pest eradication responses.

"We are seeing more and more fruit fly outbreaks getting out of control, that indicates that whatever the government has been doing hasn't been enough," she said. "It's good to see this investment now, but it needed to happen sooner."

Ms Scriven was disappointed with the budget, saying primary industries did not seem to be a priority.

"There doesn't seem to be very much that is truly new in the budget for primary industries," she said.

"The continuation of programs like the Rural Financial Counselling Service (additional $2.2m across three years) and the AgTech Adoption program ($1.3m per annum) is great, but they're not necessarily new initiatives."

I'm as excited about our state's future, as I've ever been in the past 40 years.

While $8.3m has been committed to addressing labour shortage problems, Ms Scriven said she would liked to have seen more investment at the ground level in regional areas, to help address these problems.

"A lack of investment in regional areas in general, in terms of health services and affordable houses, are major barriers to filling labour shortages," she said.

"There is huge money in the budget devoted to Adelaide-based services, yet services in regions have been almost totally ignored, and that has flow-on impacts on the ability of regional areas to attract workers."

The budget includes $115.7m towards capital upgrades to regional schools and kindergartens, as well as $46.7m in improvement works in country hospitals and health services.

Despite the monetary investment in rural health, 86 jobs across the six rural Local Health Networks are set to be cut.

"While claiming to make investments in one area, the Liberals are making much bigger cuts elsewhere," shadow treasurer Stephen Mullighan said.

Primary Producers SA has received $1m across two years as part of the budget, which has been welcomed by PPSA interim chair Don Plowman.

"I congratulate David Basham on the support he is providing to SA primary producers and the rural community," he said.

The funding will assist PPSA to deliver a range of projects to achieve the growth target of $23 billion from the primary industries sector by 2030.

Despite an incredibly financially-challenging year in light of COVID-19, Mr Lucas was pleased to report that the state would likely return to surplus budgets from 2022-23 - one year earlier than estimated last year.

"We said all along, the $4b economic stimulus would be time-limited, it would be two years, but after that we would have to spend no more than we earn," he said.

This year was Mr Lucas's final budget presentation before stepping down from politics in March next year.

"I'm as excited about our state's future, as I've ever been in the past 40 years," he said. "We are on the dawn of some really exciting times ahead."