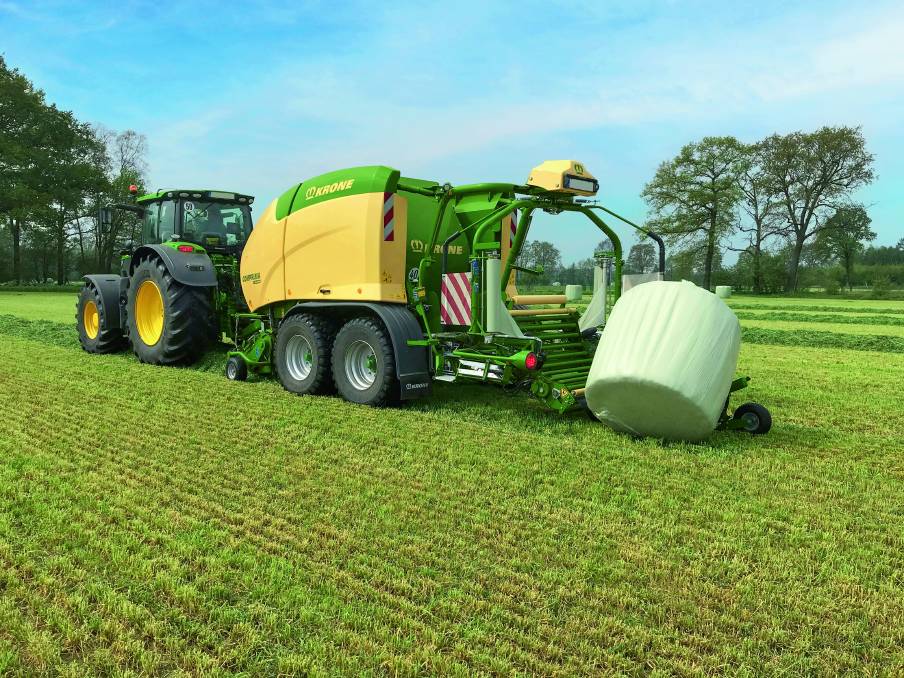 JOB WRAPPED UP: Krone has released its new Comprima CV 150 XC Plus baler wrapper onto the Australian market.

Stability and convenience were top of mind when Krone was developing its Comprima CV 150 XC Plus baler wrapper.

Krone is a specialist manufacturer of hay and silage equipment based in Germany with its hay equipment range distributed by Kubota in Australia.

Its assistant product manager Nathan Thomas said Krone was continuing its commitment to its slat elevator design with the introduction of the new Comprima CV 150 XC Plus model for 2021.

The Comprima was an upgrade to the CV 150 XC X-treme baler.

"The new baler wrapper has been designed with strong components to successfully combat the most extreme farm conditions," Mr Thomas said.

"Design changes including new covers, light holders and minor colour changes give the machine a more modern look and run in line with our current range of Comprima balers.

The rear wrapper design has been updated and the overall height of the machine has been reduced.

"The Comprima Plus wrapper's new ultrasound sensor replaces the previous sensor arms to easily identify if the bale is on the wrapping table and a wheel and rubber mat on the bale turner ensures a better turning process.

He said Krone's enclosed onboard hydraulic system, used for all its baler wrapper combination functions, self-regulates and prevents system contamination through its own hydraulic tank, pump, filters and valves to run the machine reliably.

"This ensures the user has one less thing to worry about with no tractor flow adjustments required.

"Krone's standard tandem axle with large 600/50 R22.5 tyres allows for a smooth ride in field or on road with the tandem axle keeping the baler afloat during wet seasons and helping performance when baling on a hillside."

Mr Thomas said Krone was excited to bring the Comprima CV 150 XC Plus baler wrapper to the Australian market.

"The new baler wrapper is a high-performance machine that will satisfy the needs of contractors and mid to large size dairy farms," Mr Thomas said

The story It's as wrap as Krone launches new Comprima baler first appeared on Farm Online.