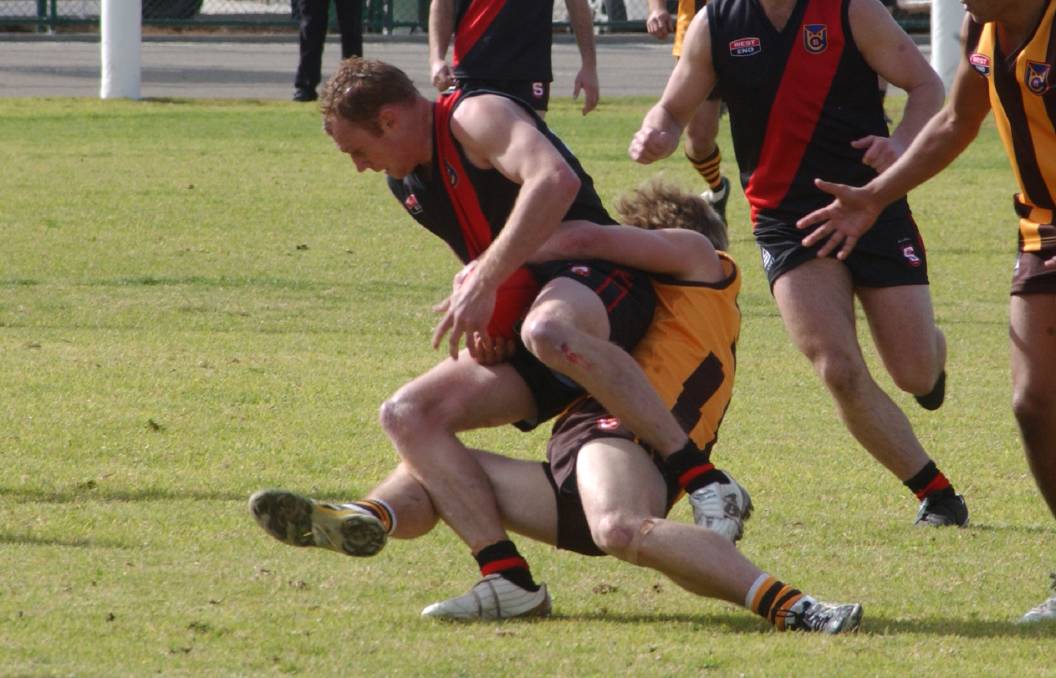 TEAM SPIRIT: Country sporting clubs have come back from the brink or completely changed their business model because of volunteers who won't throw in the towel.

I am not sure what it is that drives people to volunteer - I suspect the reasons are different for everyone - but I do know that country people volunteer a lot.

I am not sure what it is that drives people to volunteer - I suspect the reasons are different for everyone - but I do know that country people volunteer a lot.

I surmise in lots of cases it's the culture of the organisation that draws people to want to volunteer.

I can speak first-hand about Operation Flinders, where there are about 300 volunteers, and without us all playing our small parts, the organisation wouldn't be able to do what it does.

For me, the cause is the main motivator, but a side benefit is hanging out with like-minded individuals.

Volunteer organisations take many forms, with varying degrees of formality.

The prominent ones are the sporting clubs, but there are countless others.

I suspect the very fabric of most country towns is held together by volunteers.

A classic example in the country is when a fire breaks out. Farmers don't hesitate to drop the tools and head to a fire. Many potentially large blazes have been stopped in their tracks by farm appliances.

These groups all have one thing in common - members who are passionate about the cause.

If you look objectively, I suspect the very fabric of most country towns is held together by volunteers. I personally know more people who volunteer than those who don't. We tend to hang around with people that are similar to us.

We can also be influenced by the community spirit of those we care about.

In my case, I was raised by parents who were quite involved in the local farming community, sporting clubs and school. To this day, my mother is heavily involved in an op shop that has raised about $750,000 across 16 years for the local hospital. She wouldn't have it any other way.

My father has also been a prolific volunteer through the years. They are both excellent role models.

It's also commonplace for some people to spend an inordinate amount of time volunteering for a particular organisation.

I have seen football and netball club presidents that pretty much work a second job in relation to their commitments to the sporting clubs. On occasion, sporting clubs have come back from the brink or completely changed their business model because of volunteers who won't throw in the towel.

One farmer I know quite well told me that being the president of the local football club was the most stressful and rewarding thing he has ever done. His farming business benefited enormously from what he learnt about dealing with people and bringing groups with differing views to a consensus.

Unfortunately, in lots of instances, the age of the volunteers is increasing. Who knows what the future holds for the clubs that have an average age of volunteers over 75? There are many organisations in this position.

I believe volunteering is good for the soul. It always has been, and always will be, a large part of country life, as it brings people together.