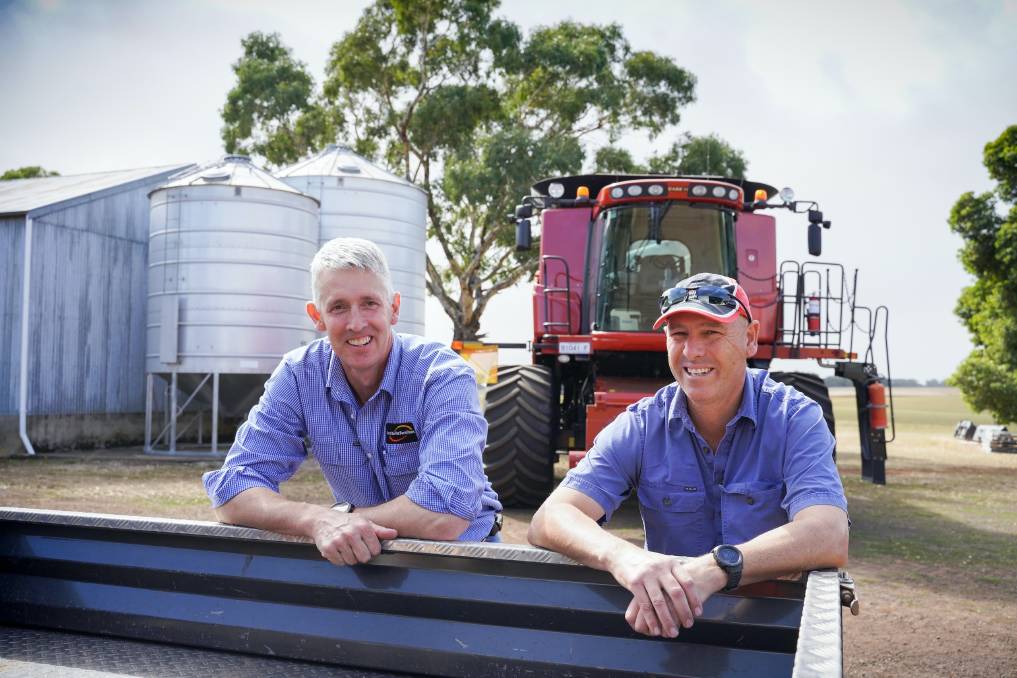 The move to enhanced efficiency fertilisers such as eNpower from Incitec Pivot Fertilisers is gathering pace in higher rainfall zones, as farmers like Jason Kruger from Victoria's Western District look for better results from their fertiliser investments.

One of the first growers to try eNpower, Mr Kruger was surprised to see a 390 kg/ha yield gain in his 10 hectare trial paddock of Trojan wheat last season.

Mr Kruger grows 750 hectares of wheat, barley, canola, lupins and clover on two properties at Yatchaw and Linlithgow, near Hamilton, in a family enterprise with his wife, Nicole, and parents, Neville and Shirley Kruger.

Growing conditions can become so wet in the heavier soils at the Krugers' Yatchaw property that it is standard practice for winter crops to be sown into two metre raised beds to overcome waterlogging.

While recognising that too much moisture is a problem most farmers can only dream about, Mr Kruger takes advantage of the 700mm annual rainfall to grow Trojan, a high yielding white wheat variety that generally produces ASW or APW grade grain.

After what he described as a perfect season that began with late summer rain and a mild winter, his 2020 wheat crops produced near record yields averaging 7.5 t/ha.

But what surprised him most was the 390 kg/ha yield gain in the trial paddock where he used eNpower treated MAP compared with the standard MAP applied elsewhere.

After summer rain, Mr Kruger opted to sell the Trojan as feed wheat at $270/tonne, calculating the value of the yield gain from the eNpower treatment at $105/ha.

The trial came about when Mr Kruger agreed to try the new fertiliser treatment at the suggestion of local Incitec Pivot Fertilisers technical agronomist, James Stewart, who's based in Hamilton, Victoria.

"We've known James a long time from his agronomy work with Elders and Vickery Bros, and more recently with Incitec Pivot Fertilisers, so when he suggested we give eNpower a try in a paddock prone to waterlogging, it sounded like a good idea," he said.

eNpower is an enhanced efficiency fertiliser treatment containing a patented nitrification inhibitor that keeps nitrogen in the stable ammonium form for longer. As a result, the nitrogen remains in the soil and is available to the crop from application, until the growing crop really demands it.

After soil testing a good selection of paddocks, Mr Kruger sowed his wheat from the first week of May, applying 100 kg/ha of MAP with copper and zinc in his standard program but switching to eNpower treated MAP at the same rates in the trial paddock.

The wheat crops were top-dressed with a urea potash blend in mid-July and two more urea applications at 75 kg/ha in spring. Two fungicide applications were also made to protect again Septoria and rust. 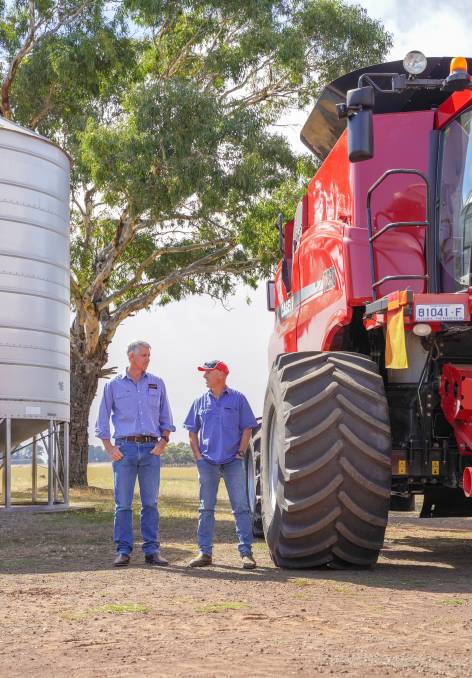 "The trial crop looked no different from our standard crops and I wondered if we'd wasted our time. It was only when the header went through in early January that we realised how well it performed," Mr Kruger said.

"I definitely want to have another look at eNpower this season, so I'm planning to use it across a bigger area in paddocks that tend to be wet."

Mr Stewart explained that trials like Jason Kruger's show the potential for eNpower for reducing denitrification losses caused by waterlogging or wet conditions which are prevalent in southern areas of Victoria and South Australia.

"Our research shows that eNpower gives the fertiliser more staying power in the wet, improving the uptake of nitrogen and other nutrients such as phosphorus, zinc and copper," he said.

"By reducing losses caused by leaching, runoff or denitrification, eNpower has the potential to improve crop yields and returns."

For more information about how eNpower could enhance your 2021 cropping program, contact James Stewart, Incitec Pivot Fertilisers on 0447 322 372 or james.stewart@incitecpivot.com.au