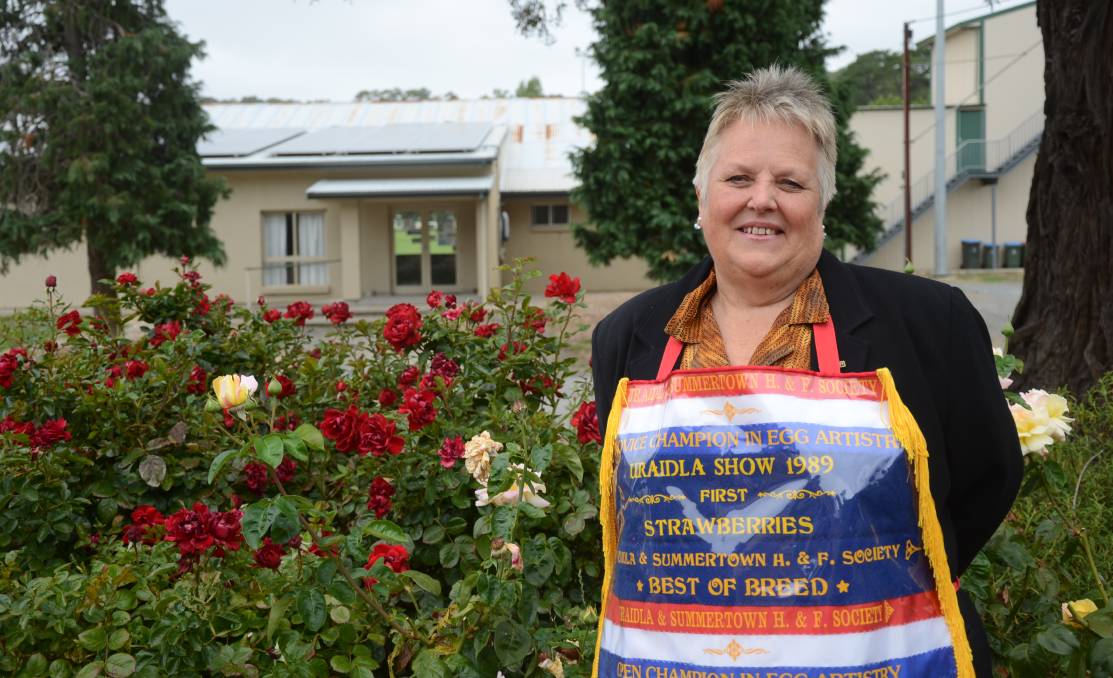 ON THE TRAIL: New SA Country Shows president Rosie Schultz - outside the Uraidla & Summertown Show pavilion - hopes to get to as many of the state's 48 shows as she can in the next three years.

Adelaide Hills resident Rosie Schultz loves nothing more than attending shows, which she says bring rural communities together like few other events.

Adelaide Hills resident Rosie Schultz loves nothing more than attending shows, which she says bring rural communities together like few other events.

So after the cancellation of so many country shows in 2020 due to COVID-19 restrictions, she is pleased to see autumn shows - Angaston, Lucindale, Mundulla, Mannum, Tanunda, Maitland, Mount Pleasant and Mount Barker - all planning to go ahead in the next few weeks.

She knows she has "big boots to fill" in her up to three-year term but is excited about continuing Francis's "amazing work", especially getting the next generation involved in the show movement.

"Many youth move away from their communities to Adelaide for school or university or work but the show is a chance for them to stay connected to their community and come home and help for show day," she said.

"From there this can lead into them participating in the Young Rural Ambassador and Rural Ambassador program, there have been a lot of talented young people come through the ranks with a lot to offer on committees."

Her own son Mitch was a state finalist in the 2010 Young Rural Ambassador competition and also represented SA in the Young Farmers Challenge at the Sydney Royal Easter Show in 2014.

In the next year or two she hopes the SA Country Shows executive can see a youth show program tied to senior school education come to fruition.

It is not hard to see where Rosie's passion for shows stems from, with her mother, Jean Evans, a committee member of the Uraidla & Summertown Show for decades and a life member.

Rosie's earliest show memory is entering a decorated saucer in the junior section of the local show with flowers from their garden.

Over the years she has also entered cookery, jams and the family's stud Limousin cattle.

In 1988 she joined the Uraidla & Summertown Show committee, taking on the treasurer role.

"I was pregnant with my eldest child, my daughter, and had stepped away from work when the treasurer resigned at short notice so I was asked to join," she said.

Two years later she became show secretary and in the ensuing years she has held many roles at the show, including a term as president.

She has also been involved in the Central Districts Shows Association - which takes in Barossa and Adelaide Hills shows - for about 20 years, and has been president for the past seven years.

She was recently honoured with life membership for her service.

Five years ago, Rosie was elected onto the SA Country Shows executive and has spent the past three years as senior vice-president.

Among her responsibilities on the executive has been running the SA Country Shows stand at the Royal Adelaide Show with Nick Tremaine from Parndana Show.

This involves promoting shows to the tens of thousands of people who visit the site, which is one of the stops on the Yellow Brick Road showbag trail.

I'm a real people person so I really missed the shows. - ROSIE SCHULTZ

Like many she was devastated when the 2020 Royal Adelaide Show was cancelled, so she did the next best thing - camping at the Wayville showground on the last weekend of August.

"It was such a strange year with a few shows at the beginning until March and then virtually nothing for the rest of the year," she said.

"I'm a real people person so I really missed the shows."

"There are still too many children that think milk comes from a carton," she said.

Although there has been extra work involved for the committees holding autumn shows to meet the SA Health requirements, she is hopeful their hard work will pay off.

"Hopefully after a year off everyone is fresh but if we had gone two years without a show it would have been really hard to get volunteers back," she said.

Rosie acknowledges some shows are in a precarious financial position with little or no income in 2020, but is hopeful there will be renewed enthusiasm in shows.

"It is tough competition to get people's spare dollars but in some ways because people are not travelling as much or going away as much hopefully they have more time and money to head along with their family to their local show," she said.

In her time as president, she hopes to get to as many of the state's 48 country shows as possible, but knows, even with her supportive husband Kevin, she may not get to them all.

She works three days a week as the practice manager at Hills Dental Group in Stirling, where she has been employed for more than 40 years and also has four grandchildren, which keeps her busy.

"I probably don't have as much flexibility as some of the previous presidents who were farmers. Having said that, a good president knows how to delegate," she said.

"We have a really good (show) executive committee, including young ones like Amanda (Lock) and Taryn (Mangelsdorf), past Rural Ambassadors who are very passionate about (shows) too."