The stands were packed for the Stoney Point Performance Angus bull sale at Naracoorte on Monday. 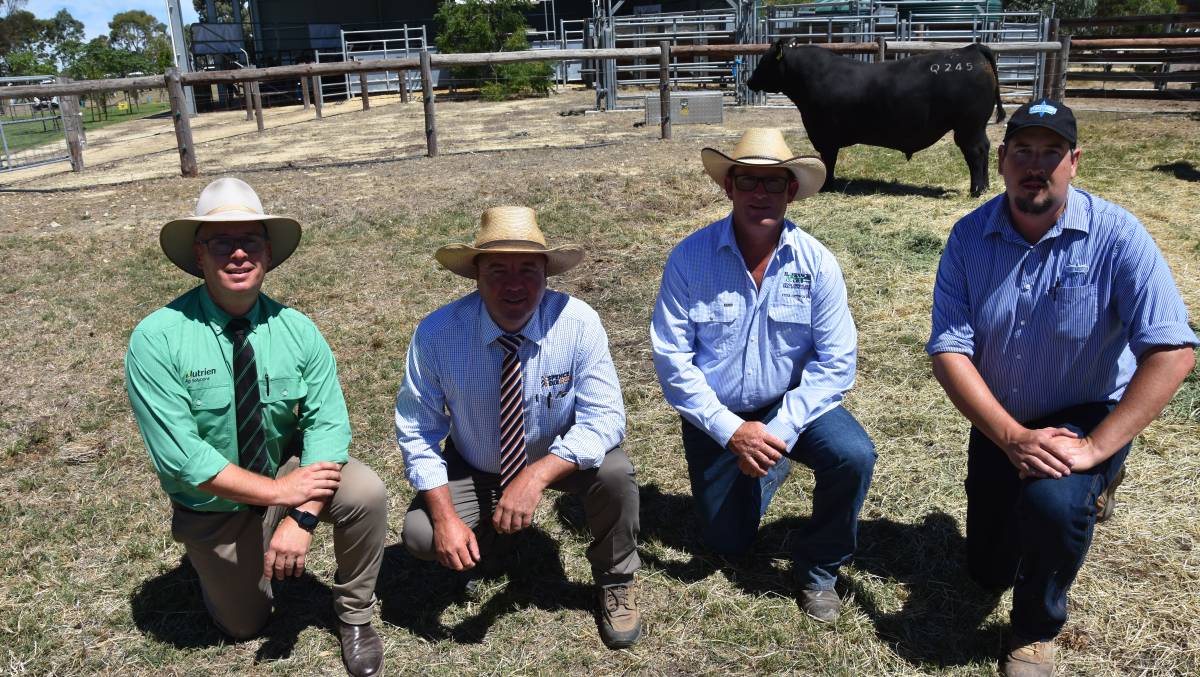 THE stands were packed at Stoney Point's selling complex at Naracoorte on Monday, with 63 registered buyers among the huge crowd that turned out for the stud's autumn Angus stud bull sale.

About 40 of those registered went home with bulls, including a handful from interstate, in Stoney Point's best ever sale.

Stoney Point stud manager Peter Colliver was "extremely rapt with that result", a testament to the line-up of high quality bulls they had on offer.

"Given the way the cattle market is trending at the moment, it is not surprising, but is still a fantastic result for us, particularly as it was the most bulls we have ever offered," he said.

"We had a few interstate clients missing from the stand, which was disappointing, but the sale was interfaced with AuctionsPlus, so they still had that opportunity to buy."

But online orders were unable to get a look in, with bidding very strong from the stands right through the catalogue.

"This guy stood out on straight phenotype. It had a beautiful set of numbers for low birth, good growth, positive IMF and big indexes - it was one of the deepest bulls I've seen this year capacity-wise," Mr Myers said.

"It was also a son of Wattletop Franklin, which goes back to the Wattletop Barunah cow (which sold for $38,000 at that stud's dispersal in 2017).

"Even the Holly genetics on the dam side is a pretty solid cow family. It will become a stud sire."

Mr Colliver said the bull's breeding wasn't a common cross at Stoney Point, with more females produced, but was a bloodline that they would definitely continue on with.

"There was a lot to like about that bull," he said.

This June 2019-drop bull weighing 756kg was bought by repeat clients Nareen Station, Vic, which was one of Stoney Point's volume buyers with five bulls averaging a whopping $15,200.

This included the sale's third-highest price bull Stoney Point Qalculate, which was AI-bred "in the purple" being sired by Sydgen Enhance and out of Stoney Point Yankee Queen N913.