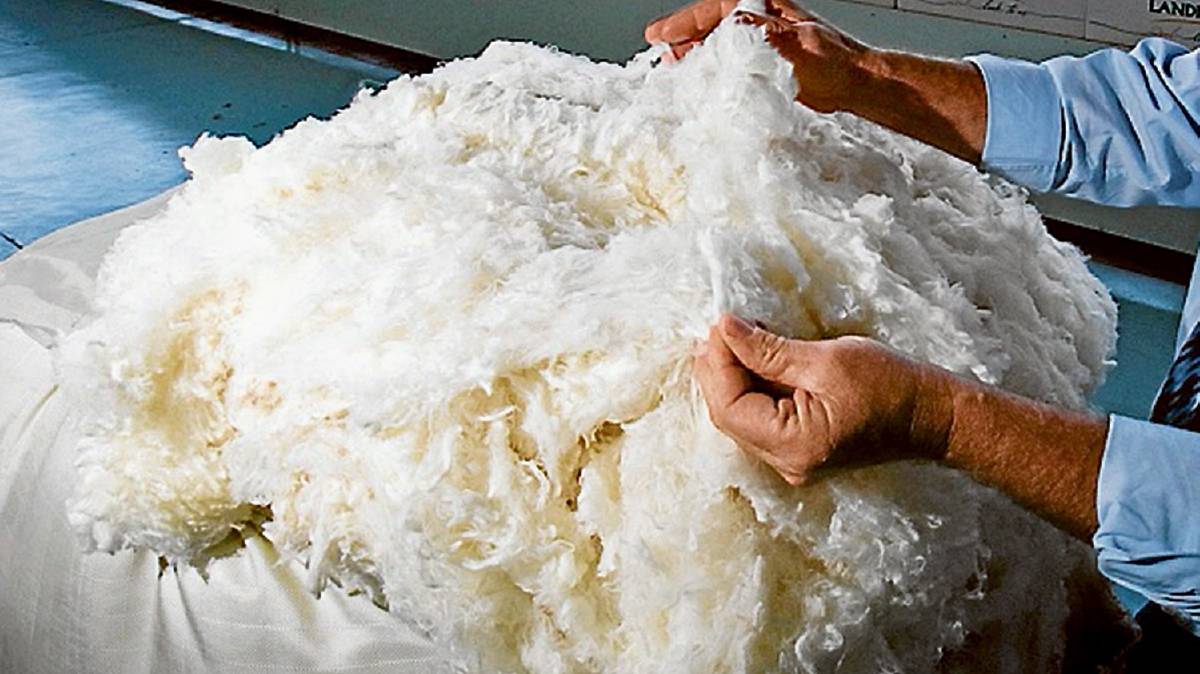 Demand for fine wool strengthens as supply continues to wane.

The continued demand for fine and superfine lines in Australia's wool market has continued to underpin price rises in just about every other wool type.

Due to a quickly-waning supply, the demand is strong and according to wool industry experts, those buyers scrambling to fill orders may not see a return of 'normal' levels until the spring flush.

Nutrien Ag south-east wool manager David Hart said expectations are there isn't going to be a lot of fine wool about for a "good while".

"The strong demand for fine wool and the shortage of it helps all areas of the market," Mr Hart said.

"The shortage of fine wool remains and I expect we will only see dribs and drabs come on to the market.

"There will still be some people holding some good fine and superfine wool back, but by and large, there won't be a lot more of that to come. It will probably be predominately 18-micron and broader."

The broader lines of wool, he said, are finding support as the higher fine wool prices drag the broader wools along with them.

With the better season across much of the wool growing areas last year, microns of wool clips have lifted at a production level.

Mr Hart said wools that were 17-micron last year, are typically 18 to 18.5-micron this year.

"The other side of the equation is a lot of the fine wool last year was hungry fine," he said.

"To be very general, west of the Newell Highway, for example, those wools that were normally 19-micron were 17.5 because of the roaring drought.

"It has been a general shift to their right, one to one and a half micron, which is reflected in AWTA test figures."

In a massive swing, AWTA statistics on superfine wool under 16.5-micron show that particular category is down around 40 per cent.

But on the other side, 21-micron or medium type wools, even though they came off a very low base because of a dry couple of years, their quantity has gone up by about 40pc.

Mr Hart said a lot of the superfine wools are being drawn out by the lift in the market in the new year.

"There is still some there, there always will be, but there will be continuing shortage of fine wools through to the spring shearing until this year," he said.

"Normally the buying of those fine wools does tend to weaken through autumn and winter simply because they are not available then.

"But I would expect by the time the spring shorn wools start to come out of the traditional fine wool areas, the wool that is being purchased now would have well and truly worked its way through the pipeline and hopefully there will be new demand for it there."

And although no one knows how much wool is stored on-farm, according to Mr Hart, wool that has been sitting in broker's stores for months is starting to emerge.

Elders wool manager Michael De Kleuver said the year for wool is shaping up reasonably well, albeit a downturn last year with superfine wools dearer than what they were this time last year.

He said the market is reacting fairly rapidly to supply signs.

"It is a bit strange if you think about it - sales of suits and things like that would have had taken the biggest impact due to Covid, but we haven't really seen that flow through.