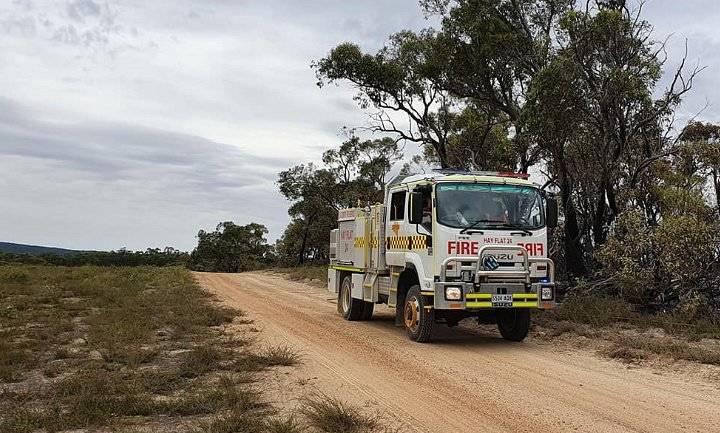 The trial of Automatic Vehicle Location technology on firefighting vehicles has been been deemed as successful, boosting response capability during bushfires.

The trial of Automatic Vehicle Location technology on firefighting vehicles has been been deemed as successful, boosting response capability during bushfires.

Country Fire Service, State Emergency Services (SES) and Department for Environment and Water (DEW) vehicles, as well as a 2000 litre 4WD pumper, were fitted with AVL towards the end of the year, with the technology providing real-time truck and vehicle tracking to improve fireground intelligence during bushfire emergencies.

AVL technology is part of the state government's $97.5 million comprehensive response to the Keelty bushfire review, which was released mid last year.

Emergency Services Minister Vincent Tarzia said $5-million had been committed to trial the AVL technology, and to develop a business case for the full rollout ahead of the 2021/22 bushfire season.

AVL will be installed in more than 1400 vehicles, after the completion of a tender process.

"AVL is the future of fighting bushfires in SA and will allow us to pinpoint the location of any asset, anytime and anywhere to the second," Mr Tarzia said.

"AVL boosts safety by allowing us to keep a watchful eye over our hardworking CFS and SES volunteers and staff during bushfires."

"Key outcomes of the trials were to test the solutions and validate their ability to failover from cellular to satellite in difficult coverage locations," Mr Lane said.

Recent bushfire-hit locations at Lucindale and Cherry Gardens also featured in the field trials, in order to gather data from partially-active firegrounds.

The Upper Sturt CFS Brigade, which responded to the Cherry Gardens fire, was the first group to test the AVL technology, trialling on January 28.

CFS deputy chief Officer Andrew Stark said the trials had allowed for the ruggedness of the AVL units to be tested.

"(The trials will help) to ensure we get the best fit for our brigades across the state," he said.

"SES volunteers and staff have actively participated in these trials and are looking forward to the enhanced situational awareness and safety that AVL will bring," SES deputy chief officer Dermot Barry said.

The Keelty Review made 68 findings and 15 recommendations, detailing 69 response actions. Of these actions, 27 are interim responses, committed to be implemented this bushfire season, with the remaining 42 being longer-term actions.

Of the 27 interim responses, 23 have been completed, with solid progress being made on the remaining four actions.

A progress report on all 69 action items will be delivered in September next year.