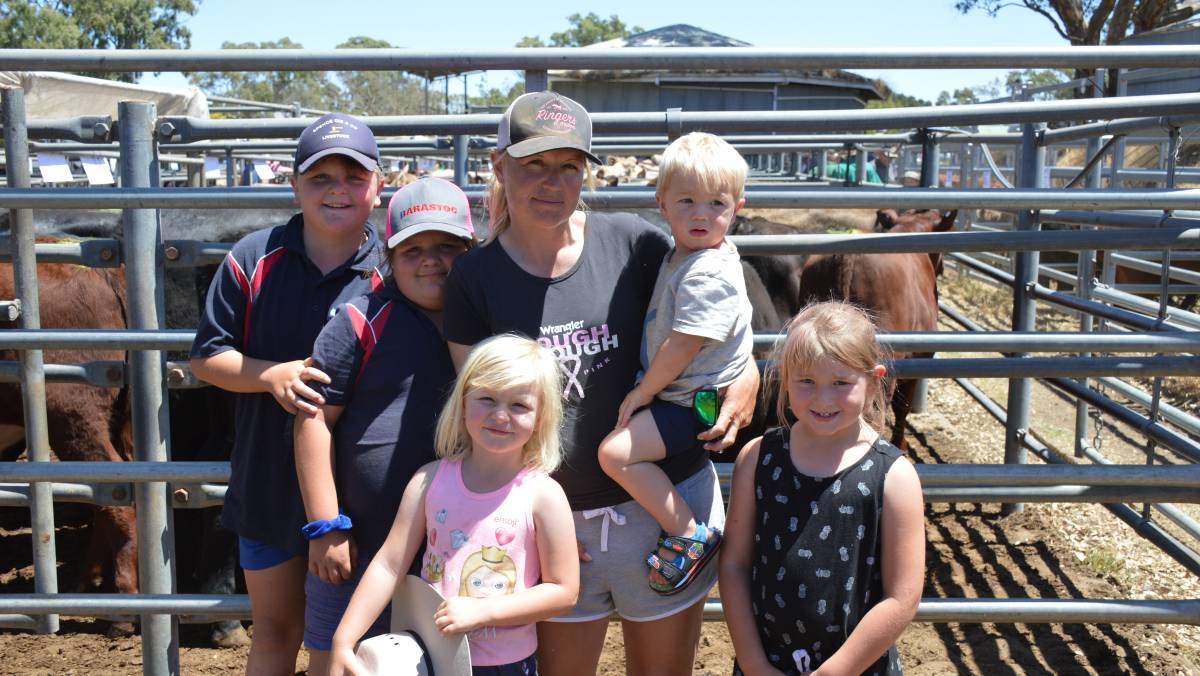 A LARGE crowd turned out to see a sale that was "solid from start to finish" at the Mount Pleasant weaner and store cattle sale on Thursday.

Nutrien Fawcett Livestock's Colin Fawcett said the values were strong throughout, in line with other sales across the state.

"But the feedlot (suitable) ones were also solid."

He said weights were a little higher than in recent years for the sale but cattle were also coming off a better season.

""It was pleasing to see such a large crowd of registered bidders," he said.

A run of seven Angus pregnancy-tested in-calf heifers from JP South, Dutton, made $2300.

VK&AM Mueller continued their dispersal with 12 Murray Grey cows, PTIC to a Murray Grey bull, which made $2140, while another five made $1980.

They also offered six Murray Grey cows, which made $2100.