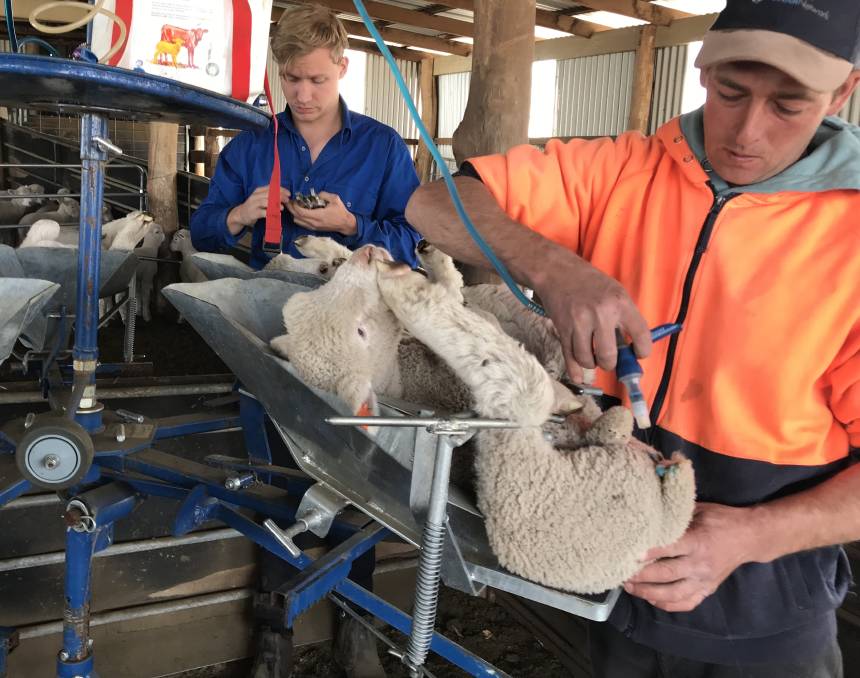 To date, the survey has revealed nearly all producers are using pain relief when they perform the procedure with Trisolfen the most popular choice of analgesic.

Primary feedback from a new national survey concerning flystrike prevention in the sheep industry has revealed producers who are in favour of mulesing are those that live in a high flystrike risk environment.

It has also exposed farmers would leave the wool industry if they were told they must phase out mulesing.

The survey, conducted by the Faculty of Veterinary and Agricultural Sciences at The University of Melbourne and funded by Meat & Livestock Australia, is aimed at better understanding the attitudes surrounding the procedure, the alternatives, and what views are circulating about phasing out mulesing in the future.

Dr Carolina Munoz, research fellow for the animal welfare science centre, said although the survey had only been circulating for a short period of time, already there were three obvious categories emerging among farmers.

"But then there is a grey area, the biggest area, where there are farmers that don't really know what options are available, have tried mulesing and it works, but they may be willing to phase it out, but they don't know how to move forward."

But according to Dr Munoz, the biggest factor influencing farmers' attitudes towards mulesing and whether they were in favour of it being phased out was their environment and the level of risk it imposed on their flock to develop flystrike.

Two of the questions asked in the survey were the property's average rainfall followed by their perception of the flystrike risk.

It also asked about flock sizes, and basic management practices and the action taken if flystrike was encountered.

"Those farmers that are in favour of mulesing are those that perceive that they have a high flystrike risk or they have had flystrike in the past."

But perhaps the hardest hitting feedback for the industry was the number of producers that say they would leave the wool industry if they were instructed to phase out mulesing.

"I have had wool producers that have said to me if they are told they had to phase out mulesing, they would quit the sheep industry," she said.

To date, the survey has revealed nearly all producers were using pain relief when they performed the procedure with Trisolfen the most popular choice of analgesic.

It has also revealed that other outside influences, such as shearers, can weigh heavily on farmers' decisions.

"We are not advocating to phase out mulesing, or advocating for mulesing, we just want to know what people really think about the issue, understand their different points of view and provide the information back to MLA," Dr Munoz said.

The survey can be completed online or by hard copy.

The survey will be open until March/April 2021 and results will be available by September.