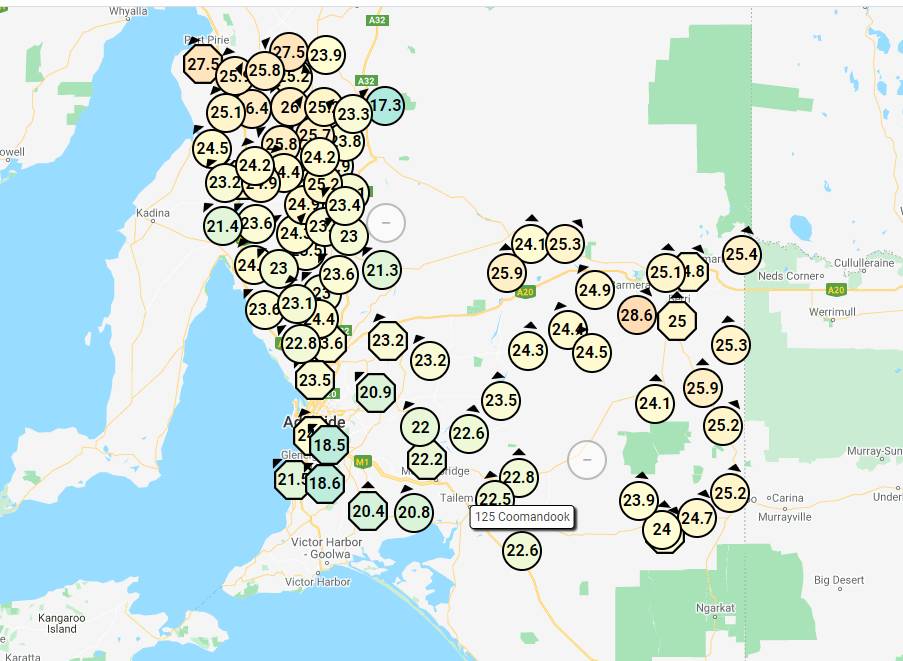 USEFUL DATA: The mesonet weather network captures a range of data from stations in the Mid North, Mallee and Riverland. Photo: riverlandmalleemesonet.com

A brand new weather station network across the Riverland and Mallee is giving growers more accurate local weather information about when is best to start spraying.

AS headers get put back in the shed, minds start turning to summer weeds, and a brand new weather station network across the Riverland and Mallee is giving growers more accurate local weather information about when is best to start the boomspray.

The last of 30 new towers were being put up across the region this week as part of the $1.2-million Riverland & Mallee Mesonet project - funded by PIRSA's Regional Growth Fund and the Ag Excellence Alliance - which aims to help spray applicators reduce the risk of drift created by temperature inversions.

It will combine online with the 40-tower Mid North Mesonet, which launched in September 2019.

Inversions occur when the air temperature increases with height from the ground surface, which is the opposite of normal conditions. This results in a layer of cool air being trapped below warmer air and this layer of air can move.

If chemical is sprayed during an inversion, droplets can become trapped in that layer and wind can transport it away from the target area, causing spray drift.

The mesonet takes the guesswork out of these inversion events for farmers, while also providing information on temperature, rainfall, wind speed, Delta T, relative humidity, the grass fire danger index and the code of practice for harvest.

"They differ from a standard on-farm weather station because it measures temperature at ground level and at 10 metres simultaneously.

"It has only been recently that we could get these readings without people having to climb up and down towers checking two thermometers, that could often not be calibrated the same, which can make any reading highly inaccurate.

"Now we have these thermo-couples at the required accuracy that we need. It also provides an inversion reading, which comes from calculations done over a number of years that has a formula behind it.

"We are providing really good data that is well calibrated with minimal moving parts." 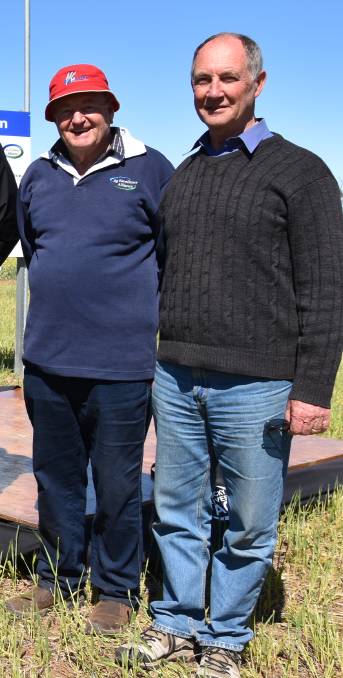 After teaching chemical certification for about 20 years, Mr Cousins said he would often see people doing the right thing when it came to spraying, but there was still considerable off-target spray damage, particularly in the Clare region.

"Many were blaming the Delta T, but since setting up the Mid North Mesonet, we have found Delta T is only part of the story," he said.

"Often when you have an OK Delta T, you are still spraying into an inversion and that is what is creating all the problems.

"Plus, inversions can move chemical quite a distance, up to 20 kilometres an hour. Often damage isn't created by a neighbouring property, it can be someone spraying up to 40km away - it took us a while to figure that out.

"The mesonet will give growers a lot more facts when it comes to spray decisions and using sprays properly."

Mr Cousins said there had been a few initial "teething problems", but the network was running "really well".

"Many farmers are saying this is the 'best information they have ever had, we wish it had been available years ago'," he said. 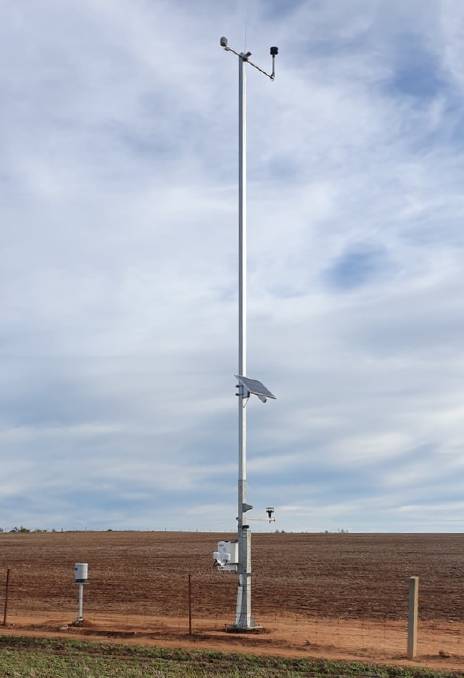 READY: The type of weather station used in a mesonet network.

SINCE its launch in September 2019, the Mid North Mesonet has been averaging 1000 to 2000 users a week, with most accessing the site about 3-5 times a week.

"Harvest time tends to see an increase as well," he said.

"We expect the number of users to increase after the Riverland & Mallee Mesonet is launched via a series of workshops in February."

The workshops, organised by Mallee Sustainable Farming and the mesonet project team, will outline how the mesonet works and teach growers how to use the weather data to make better spraying decisions.