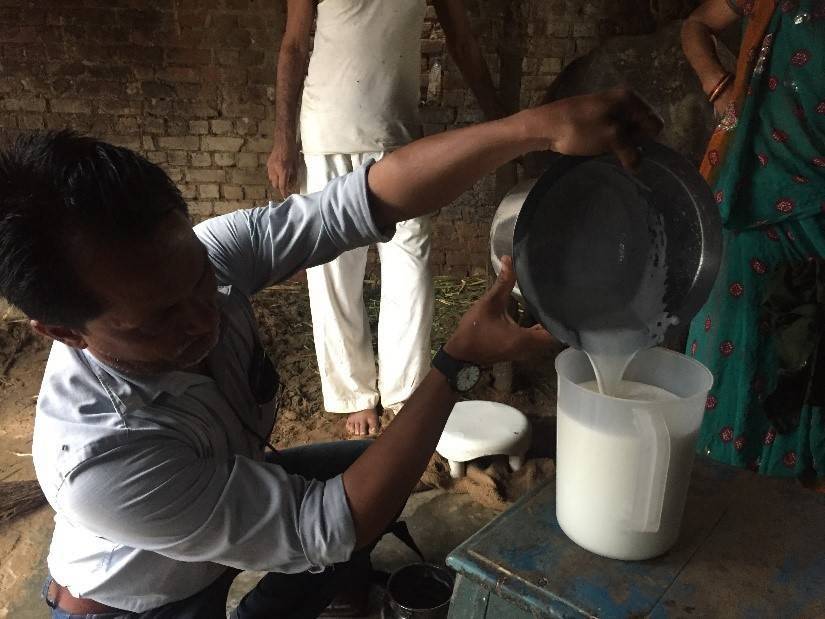 It is recognised that some agricultural policy change is needed in India, but unions are unhappy with a lack of government consultation.

Agricultural reforms are needed in India, but unions there say government consultation is lacking.

MILLIONS of farmers from the Indian food bowl states of Punjab and Haryana have been protesting against Prime Minister Narendra Modi's government since August last year, when three agricultural reform bills were introduced into parliament and which they claim threaten their livelihood.

At its peak, an estimated 250 million protesters joined the cause - with many more marching in solidarity worldwide.

The contentious bills, which seek to wind back antiquated, socialist-inspired agricultural policies and replace these with a market-driven economic model, were endorsed by the president on September 27.

The bills aim to end the system of government subsidised wholesale markets - or mandis - where farmers are guaranteed sales to the state.

They also eliminate corporate restrictions on land purchases and the stockpiling of essential commodities.

The government claims the policies will free-up the industry and nationalise the market by removing the middleman, and allow farmers to sell directly to private buyers, such as supermarket chains and food distribution companies.

The reforms are devised to give farmers the choice of what they sell, to whom they sell and for how much.

The government believes that the new system will accelerate growth in the agricultural sector through private investment in infrastructure and supply chain rationalisation.

This will improve market efficiencies and ultimately lead to higher commodity prices for the farmers.

But the reforms do not mandate contractual obligations and they prevent farmers from taking disputes to court, which opens up prospects for abuse by powerful corporate interests.

And this is precisely why the farmers fear the new system, leaving them at the mercy of big businesses, such as the Adani Group and Reliance Industries.

The landowners fear the government will compulsorily acquire their land, or they will be bought out by the corporate behemoths.

Indian farmers have been unhappy for years.

Declining productivity and lack of modernisation have stymied progress.

Farm sizes are shrinking, as are farm incomes.

More than half of Indians work on farms, but farming only accounts for one sixth of the country's Gross Domestic Product.

And farms are small, with 68 per cent of farmers owning less than one hectare of land.

More than 90 per cent of the farmers in India sell their produce in the local wholesale markets, but only 6 per cent actually receive the guaranteed government price support for their crops.

Prices can be extremely variable, and the middlemen form regional cartels - swallowing most of the profits.

According to a 2016 economic survey, a farming family's average annual income in more than half of India's states was a paltry 20,000 rupees, or $350 in Australian Dollars.

Last Thursday, tens of thousands of farmers on tractors blocked an expressway on the outskirts of the Indian capital New Delhi to protest president Modi's new laws.

This was one of the biggest shows of strength since the protests intensified in late November last year.

The rally was called to build pressure on the Modi government in the lead-up to India's Republic Day on January 26.

Representatives of Indian farmers' unions met with the government last week for the eighth round of talks to resolve the long-running dispute.

Prime Minister Narendra Modi's government has offered concessions on the new laws, but to no avail.

Farmer union leader Rakesh Tikait warned last Thursday that more disruptive protests were on the way, saying "the tractor march today was a trailer, the full movie will be shown on January 26".

The government says the state-regulated mandis will continue to operate in conjunction with the new market system.

In the latest round of negotiations, the government offered written assurances to the farmers that they would continue to receive a guaranteed minimum price for their produce.

Meanwhile, Indian farmers are being urged to switch some of their lands to the production of oilseeds, primarily at the expense of wheat.

Historically the government-sponsored Minimum Support Price (MSP) scheme - introduced to promote self-sufficiency in staples - has encouraged farmers to favour grain instead of pulses and oilseeds.

As a result, India is now the world's second biggest producer of both wheat and rice.

Simultaneously, lower oilseed output has turned it into the world's biggest importer of oils - with imports meeting almost 70 per cent of annual requirements.

The country imports soybean oil and sunflower oil from Brazil, Argentina, Ukraine and Russia plus palm oil from Malaysia and Indonesia.

Oilseeds are predominantly grown in the lower yielding rain-fed farming regions, rather than on Punjab and Haryana's highly productive irrigated fields.

And market analysts say grain growers in these states are unlikely to make the switch in significant numbers, unless the government offers financial assistance through a MSP.

It would also help the government reduce food wastage by running down huge wheat and rice inventories that lay idle in old and poorly managed government warehouses across the country.

This is certainly a testing time for the Modi government, but it is in a powerful position.

It has a substantial majority in the lower house, is faced with a divided opposition and is less than two years into a five-year term.

There is no doubt that Indian agriculture requires reform.

But to attempt such sweeping transformation during a global pandemic, and without consulting the primary stakeholders, is fraught with danger.