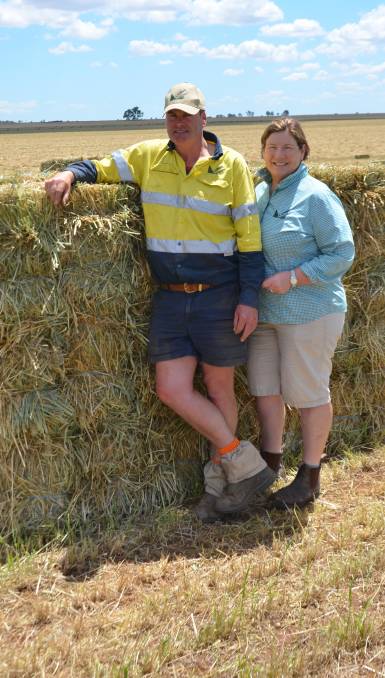 After a "sensational" start to the season for most growers in the area, Salter Springs independent agronomist Craig Davis said some crops had suffered with the dry conditions that followed.

"There was some reprieve with August rain, but the season's start saved wheat crops. It was the standout crop, that's for sure," he said.

"Hay producers are not in a good way, export hay out of the plains will be non-existent after the narrow window for hay cutting was lost because of rain.

"I expect low protein issues in wheat but good grain fill and size, and good oil content in canola."

Mr Lowe started sowing crops in the second week of May after 80 millimetres of rain in April, but said the "taps turned off" in June and July, causing hay yields to fall below average.

"We are lucky that we cut hay later and missed the rain, but yield is down from 7.5 tonnes a hectare to 4.5t/ha," he said.

"The rain was perfect timing for us," he said.

Mr Lowe has begun reaping barley after a run of warm days recently, with wheat crops to follow.